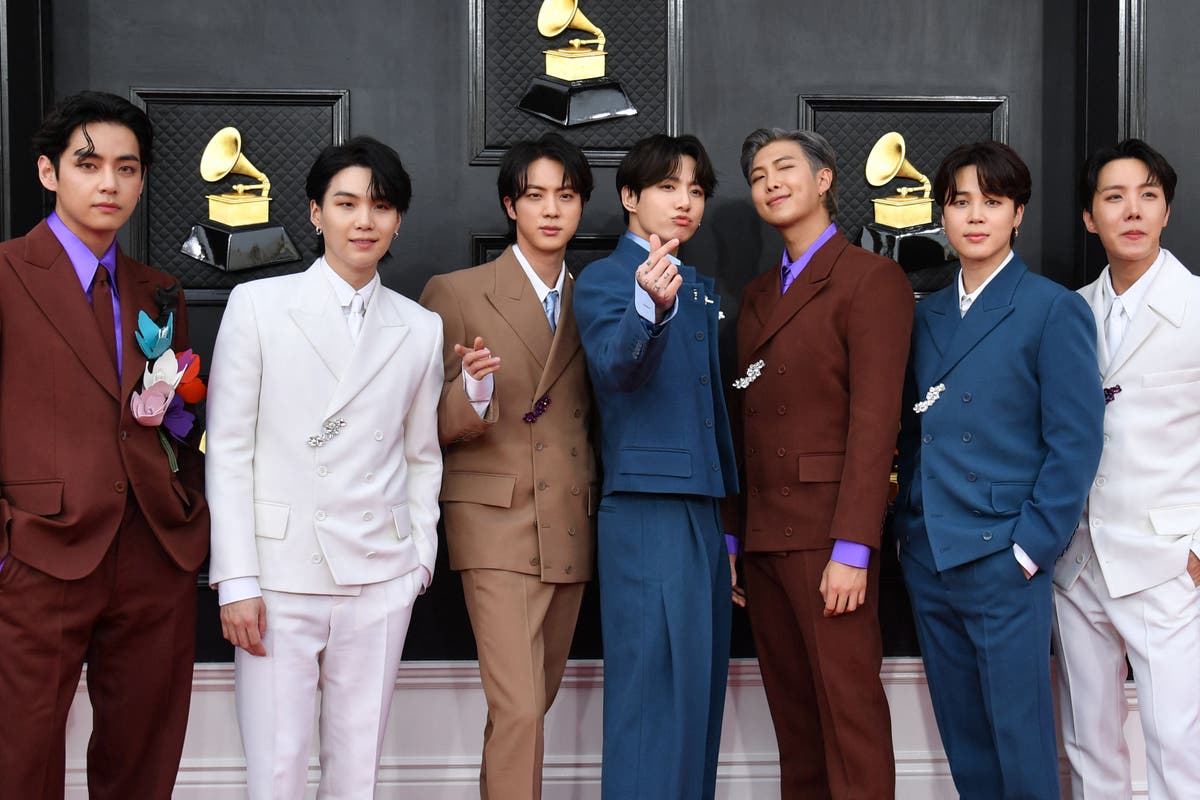 Busan’s mayor has requested South Korea’s president to exclude BTS from mandatory military service so they can help support the city’s bid to host the World Expo in 2030.

Park Heong-joon told president Yoon Suk-yeol that “without solving the military service issue, BTS actively promoting Busan’s bid for the Expo might be impossible”. He told the president that the global event is a “dire necessity” for Busan.

The K-Pop sensation is set to perform at a global concert in Busan in October to promote the city’s bid to host the World Expo in 2030.

Last month, BTS was formally appointed as an honorary public relations ambassador for the 2030 World Expo.

Mr Park made penned the proposal to the president earlier this month and shared it on social media on Thursday.

Busan’s mayor said he was asking for an alternative “national responsibility as heavy as the mandatory military service” for the K-Pop band.

Under South Korea’s military service law, “all able-bodied men of Korean nationality must carry out active-duty service in the military for 18 to 22 months”.

International award-winning classical musicians and athletes, such as Olympic medalists, however, may be exempt from the duty for elevating the country’s reputation overseas under the presidential decree, reported Korea Times.

BTS members had said in November 2020 that “military duty is a righteous obligation for all Korean men” and said all members will comply with the nation’s calling anytime.

Last month, South Korea’s prime minister Han Duk-soo had also expressed his gratitude to BTS for accepting the ambassadorship for the expo.

“The most essential part to our success would be the support from Korean citizens as well as the global community. We believe that BTS will take the most pivotal role during the process. With the support from BTS and our people, we will be able to achieve our goal,” the prime minister was quoted as saying in an official press release from BTS’ agency BigHit Music.