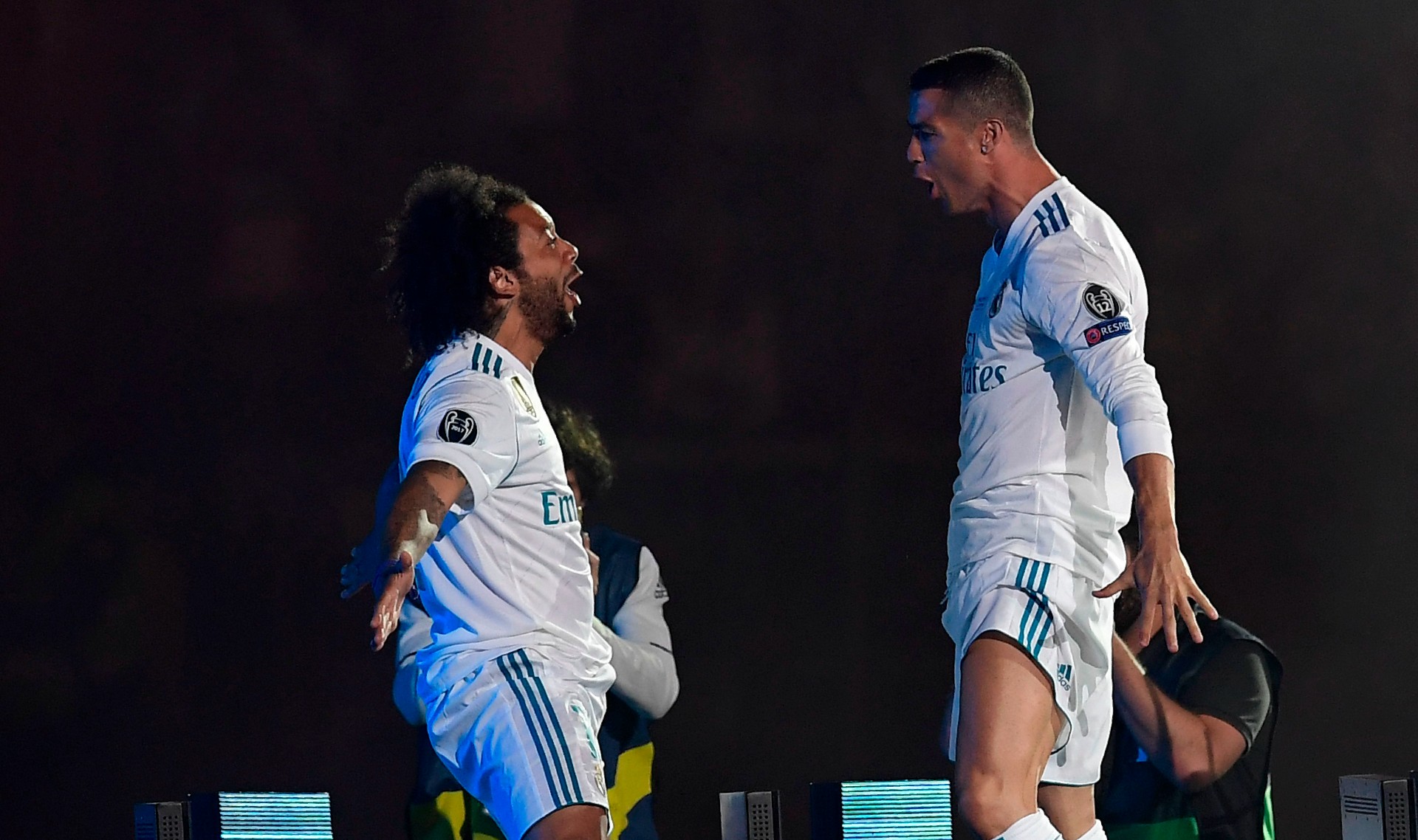 Brazilian international Marcelo will leave Madrid in the coming weeks after the club opted against offering him a renewal in the Spanish capital.

Marcelo has enjoyed 16 trophy filled seasons in Madrid, and he leaves as the club’s most decorated player, with 25 major trophies, including six La Liga and five Champions League titles.

He bid an emotional farewell to the club, and the Los Blancos fans, earlier today with a pledge to carry on playing elsewhere in 2022/23.

Former and present teammates have waxed lyrical about the left back including Toni Kroos and former captain Sergio Ramos.

Ronaldo has joined the love-in for Marcelo, after the pair won two league and four European titles together, before Ronaldo’s departure in 2018.

“More than a teammate, a brother that football gave to me”, Ronaldo posted on Twitter.

“On and off the field, one of the biggest stars I had the pleasure of sharing a locker room with.

“Go with everything on this new adventure, Marcelo!”

Marcelo is set to announce his future plans in the coming weeks with incoming offers from across Europe, and the Middle East, including Turkey, Qatar and UAE as he weighs up his options.