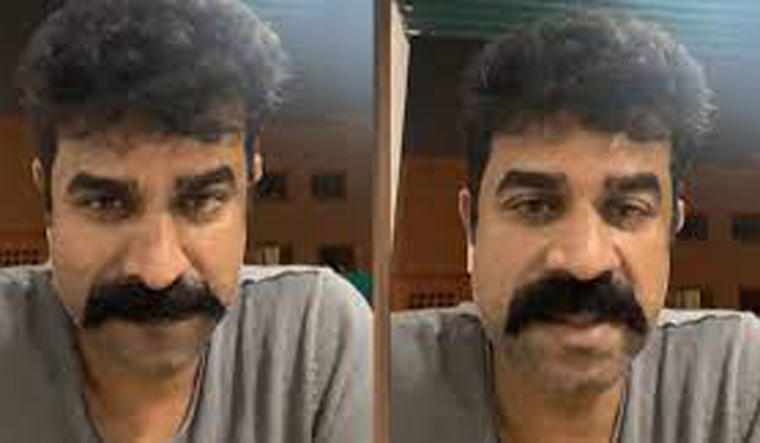 Malayalam film actor and producer, Vijay Babu, who is caught in a #MeToo allegation, has claimed to be the “real victim”, and said he will file a defamation case. Claiming that he was scripting “a new chapter in #MeToo”, Vijay Babu repeatedly named the female actor, who levelled allegations of misconduct against him, in his Facebook Live past midnight Wednesday.

Disclosing the identity of victims of certain offences (including sexual) is punishable as per law. Vijay Babu, however, said he was willing to face the consequences. He said he was ready to go public with the screenshots of the chats he had with the actor, with whom he associated with for a Malayalam movie that he produced. “I haven’t done anything wrong. I am the victim in this. The so-called law of this country protects her and she is at ease, while I am the one who is suffering,” said Vijay Babu. “I will file defamation and a counter-case. It won’t be a small case. I won’t let her get away that easily. I can share all the proof with me, but I won’t, because I don’t want to cause damage to her family.”

“I am answerable only to my wife, mother, sister and friends. And I don’t want this to end with a piece of small news saying, ‘Vijay Babu found not guilty’,” said the 45-year-old.

Vijay Babu said he has known the accuser since 2018. “I haven’t chatted with her between 2018 and 2021. She came for an audition and got her role. All these talks about casting couch and all. It is I who is suffering. She started sending messages saying she was depressed. From December till March. I have all her messages, and over 400 screenshots.”

“Whatever allegations she may have, rape or consensual, I have all on record,” said Vijay Babu. In 2017, a female actor had filed a complaint of assault against Vijay Babu. Again, he had taken to Facebook claiming the charges were fake.