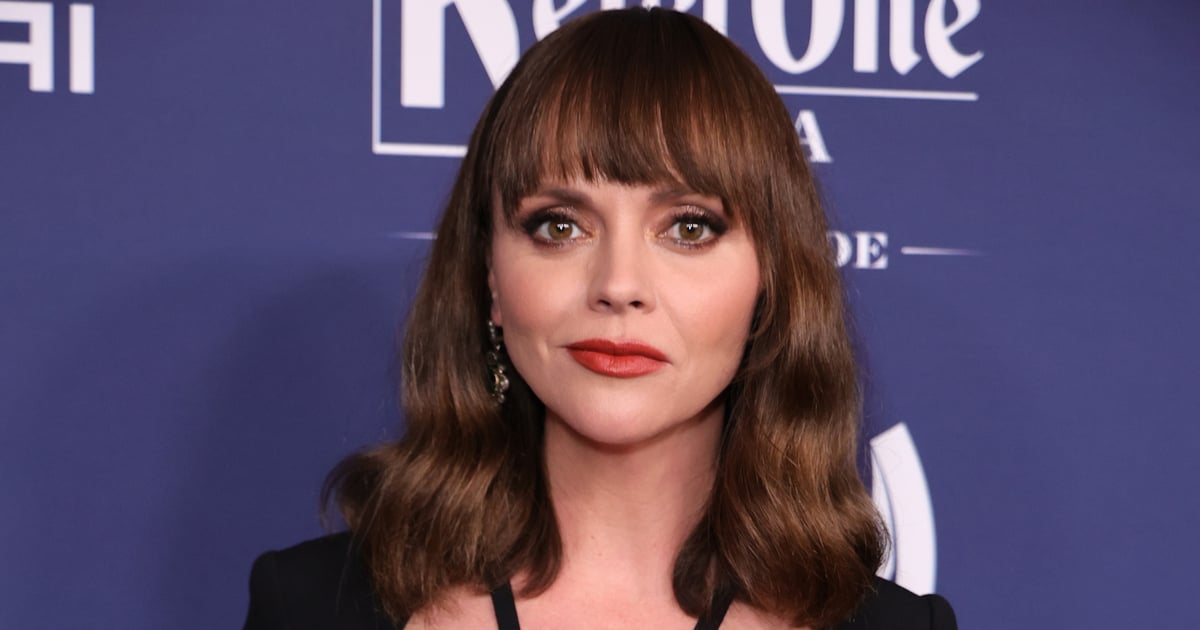 The ’90s Wednesday Addams is more than happy to pass the torch to Jenna Ortega. On June 11, Christina Ricci revealed to Variety that it’s been a pleasure to watch the “Scream” star step into the role of the iconic character on the set of “Wednesday.”

“Jenna is incredible,” Ricci said. “I saw some of the wardrobe photos before I went [to set] so I knew [what she looked like in character] and I was like, it’s such a great modern take on Wednesday. It’s so true tonally to the heart and soul of [the original], but then it’s incredibly modern and it’s great.”

Although she’s no longer playing Wednesday, Ricci will appear in Netflix’s upcoming series, and the star told Variety it’s been a pleasure to step back into the gothic world of “The Addams Family.” “It’s super fun,” the “Yellowjackets” star told the publication. “I loved working with Tim [Burton]. I worked with Gwendoline Christie, it was amazing.”

Back in 2021, Netflix ordered an eight-episode series simply titled “Wednesday” based on the eldest Addams child that features her as we’ve never seen her before. Ortega will star as the title character. On June 6, Netflix released the first teaser for the new series, showing Ortega in her full Wednesday outfit, alongside Thing.

Ortega also shared a selfie of herself in the full Wednesday look on Instagram.

Back in January, Ortega opened up about working on the project and collaborating with director Tim Burton. She told The Hollywood Reporter, “It’s been quite an insane experience. I’ve been lucky enough to get the opportunity to work with an iconic director who just so happens to be one of the sweetest directors I’ve worked with, and also the most detail-oriented.”

She explained, “To step into the shoes of somebody who’s a bit more eccentric and frightening has been really exciting for me, and definitely a challenge — especially with such a beloved character, I really want to take care of her and do her justice.”

Ortega talked about the pressure of playing a character who’s already so beloved, explaining, “The thing is, there are several different paths that anyone could have taken for this character. We’ve never seen Wednesday Addams as a teenage girl, so some of her harsh mannerisms may come off as hilarious when she’s younger, but as you get older, how much of that can you get away with? Or how do you keep that at the forefront of her personality without people growing to dislike her or find her annoying? So just trying to balance that . . . I’ve never felt so much pressure on a job, and I’m trying to keep my cool.”

She also teased how different she looks as Wednesday compared to her usual, bubbly self, saying, “I think it’s probably the most physical transformation I’ve ever done; I cut my hair, and it’s black, and mannerism-wise, speaking cadence-wise, expression-wise, I’m trying to pull from a different toolbox this time around. I think it’s a surprise to the audience, but myself as well.”

Read on for everything we know about “Wednesday.”