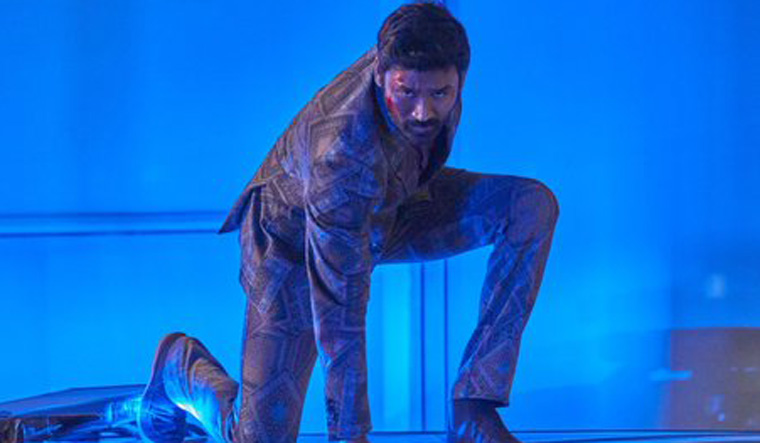 The official Twitter account of Netflix India shared a still from the movie in which the 38-year-old actor can be seen in action mode on top of a car, sporting an intense look and blood on his face.

“The first look of @dhanushkraja in ‘The Gray Man’ is here and it’s vera maari vera maari,” the streamer wrote.

Based on Mark Greaney’s 2009 novel of the same name, The Gray Man is billed as an action-thriller which revolves around freelance assassin and former CIA operative Court Gentry, played by Gosling.

The film follows Gentry as he is hunted across the world by Lloyd Hansen (Evans), a former member of Gentry’s CIA team.

The makers also unveiled the looks of Evans, Gosling, de Armas (as Dani Miranda) and Page, who plays Carmichael.

In an interview with PTI last December, Dhanush had said he loved working on The Gray Man and described collaborating with the Russo brothers “a very good learning experience”.

He was last seen in the 2022 Tamil action film Maaran.