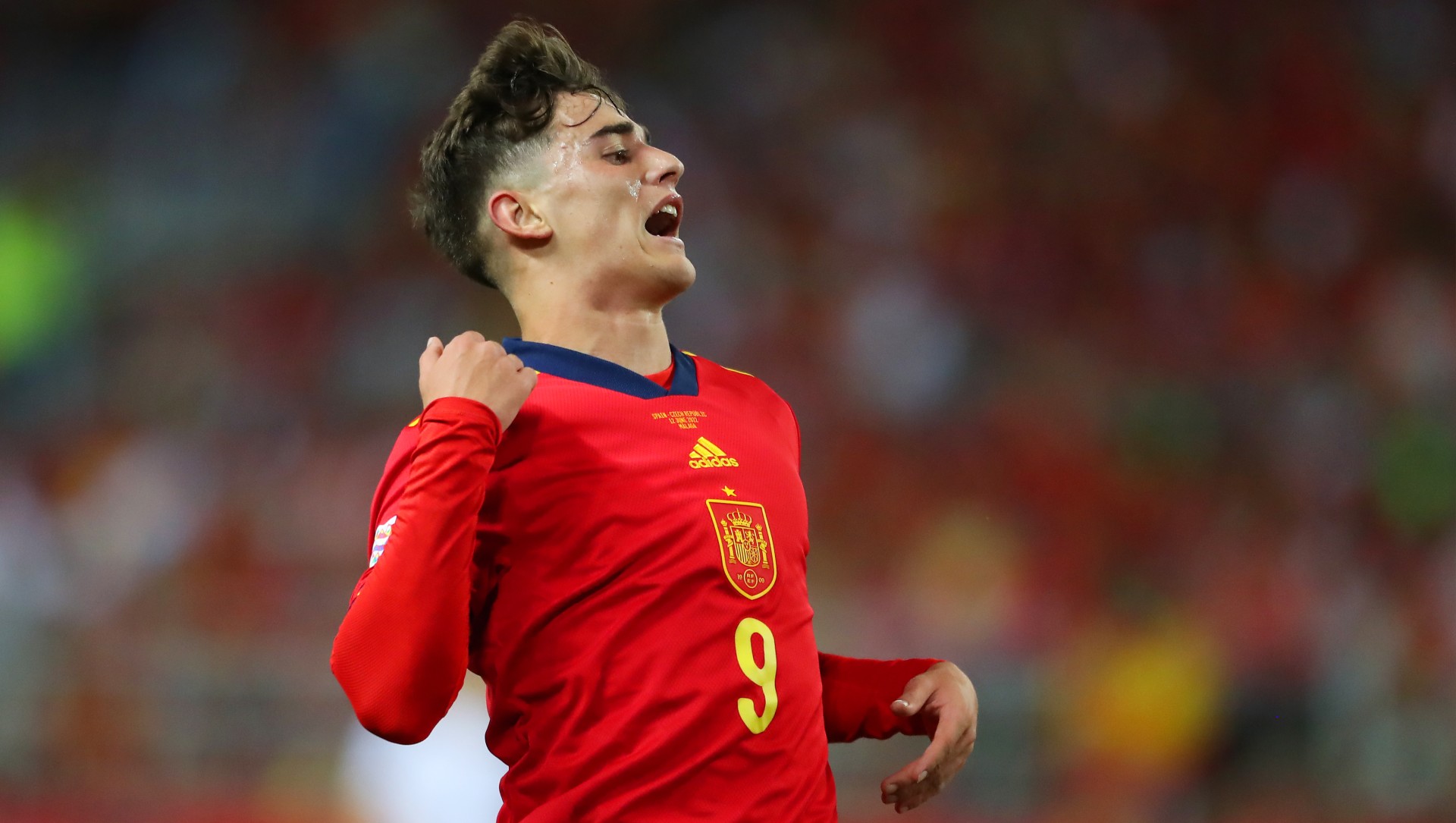 The Barcelona teenage sensation has enjoyed a record breaking month with La Roja after an incredible breakthrough season for club and country.

The Andalucian-born midfielder, who does not turn 18 until August, has set new benchmarks as La Roja’s youngest ever senior cap and goal scorer.

Enrique issued caution ahead of tonight’s game with the Czech Republic, reminding the 17-year-old of the long road ahead in his career.

On the back of that, Enrique rested him from the start for the first time this month, with a late cameo off the bench in Malage.

Goals from Carlos Soler and Pablo Sarabia sealed a winning end to the season for Spain but the pre-match focus was again on Gavi.

“He’s like an erupting volcano. Yesterday’s message clearly caught on fast with him”, as per reports from Diario AS.

“It’s very difficult not to fall in love with Gavi. Any fan wants to see him play.”

Spain’s final outings before the 2022 World Cup in Qatar are at home to Switzerland, and away in Portugal, on September 24 and 27 respectively.