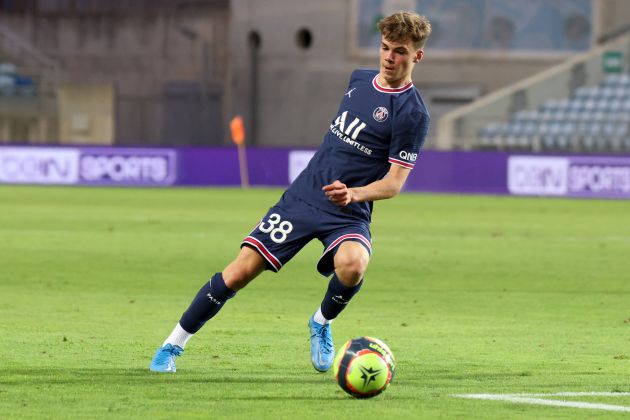 Sevilla, and in particular Sporting Director Monchi, specialise in finding undervalued talents. Paris Saint-Germain, for all the merits of their academy, have a habit letting talented youngsters out the door, as has been the case with Moussa Diaby, Kingsley Coman and Christopher Nkunku. For his part, Monchi has done some of his best shopping in France of late, signing Diego Carlos and Jules Kounde from Ligue 1.

His latest conquest is Edouard Michut, according to Superdeporte. It’s the second report in a matter of days, the first coming from L’Equipe, which suggests there is some credence to the idea. The 19-year-old midfielder has come through the academy at PSG and made it to the fringes of the first team, but with opportunities hard to come by, is considering leaving the club. The Parisians intend on retaining Xavi Simons too, which would signal the exit doors for Michut.

Monchi would like to make Sevilla his destination. At 19, blessed with an eye for a pass and an excellent soft touch, his talents have earned him 7 cameos this season with an assist to show for it.

PSG played Sevilla in a friendly last summer and Michut stood out, since being a consistent part of PSG’s UEFA Youth League team. Although Michut is likely to be a medium-term project, Sevilla would benefit from a player capable of breaking lines in the midfield.