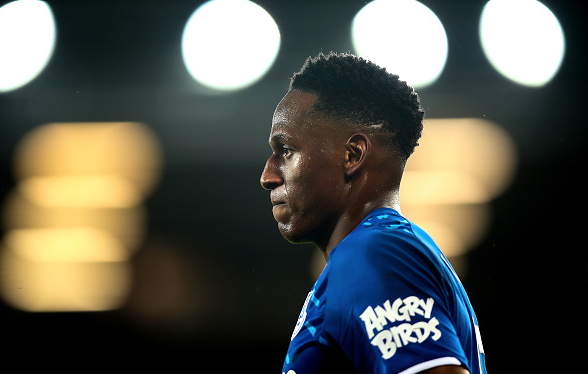 Everton defender Yerry Mina has admitted his injury problems have often been caused by his refusal to listen to medical advice.

The Colombian star missed most of last season through injury, managing just 14 appearances in all competitions and less than 1000 minutes overall.

Mina started the season as a regular for Everton but picked up a thigh injury in October that initially saw him miss six games.

He returned in December for a 31-minute cameo against Arsenal before missing the next three league games after that.

Mina then returned for a short period in January but missed nine games with a recurrence of the thigh injury that plagued him previously.

He would manage just three appearances before the end of the season, playing a pivotal role in games against Leicester and Chelsea, results which ultimately kept Everton in the Premier League.

His injury problems have been a serious problem since his move from Barcelona, with him missing 48 games in total.

It’s been a major problem for the Toffees, who are heavily reliant on him, and he’s admitted his attitude has been a part of the problem.

“It was a difficult season, frustrating, because sometimes I wanted to show what I am and the talent I have,” Colombia’s edition of AS report him saying.

“But I think some injuries were my fault because I always want to give my best and take my level to the top, but sometimes I need rest, and I don’t stop, but I’ve learned from that.

“The other injuries were for helping the team that was going through a difficult time.

“I told the coach: ‘If I have to play with one foot, I’m going to do it,’ and there are the consequences, but I did it because I didn’t want to have a relegation in my career, but I’ve learned and now I’m working for what’s coming.”