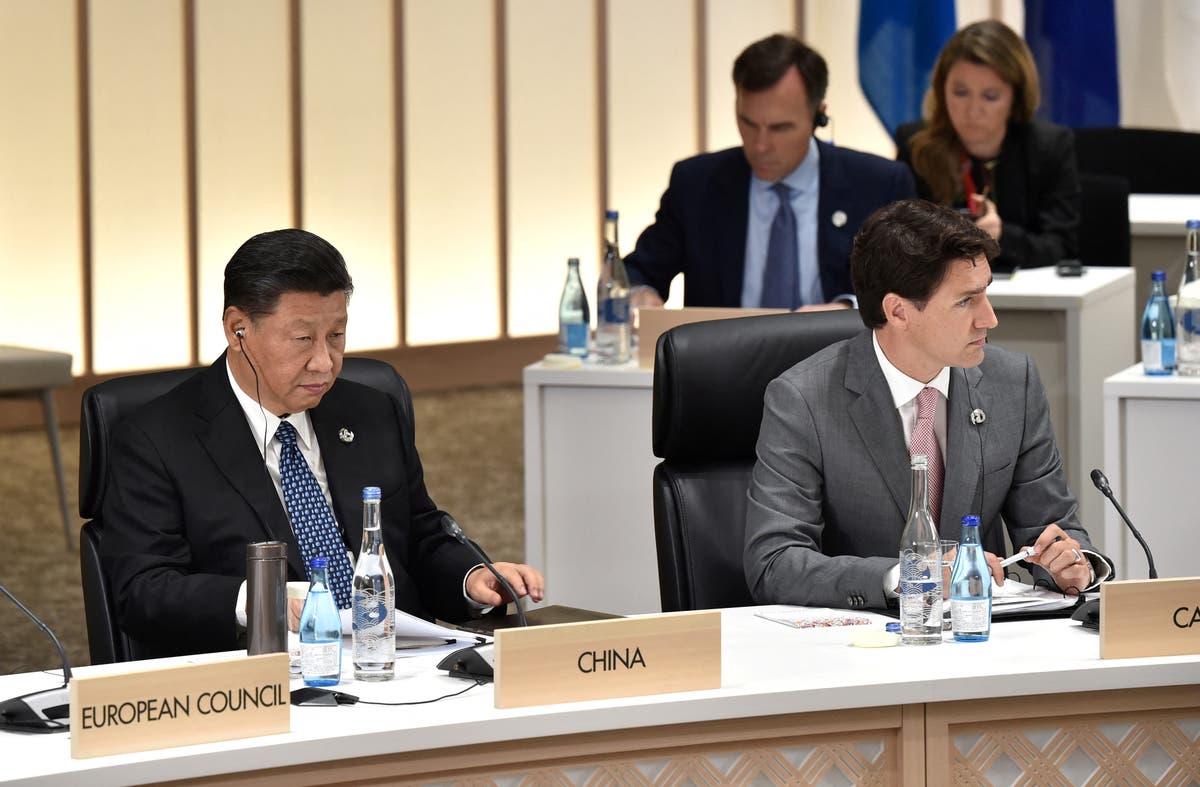 China has blamed Canada’s alleged provocations against Beijing for its warplanes’ actions towards Ottawa’s aircraft in international airspace last month.

“Recently, the Canadian air forces aircraft have stepped up intelligence activities and provocations against China under the pretext of implementing UNSC resolutions, which poses a threat to China’s national security and also endangers the personnel of both sides,” Mr Wu said on Monday.

The ministry warned Canada of “serious consequences” if it did not restrain its army from from “risky and provocative” acts.

The Canadian military on Wednesday accused Chinese warplanes of harrasing its warplanes in international airspace after they were repeatedly “buzzed” by Chinese jets at dangerously close distances.

Canada had stationed its aircraft in Japan as the nation participated in the multinational effort to implement UN sanctions against North Korea for its nuclear weapons and ballistic missiles programmes.

Aircraft of China’s People’s Liberation Army Air Force approached long-range patrol aircraft of the Royal Canadian Air Force several times between 26 April and 26 May, Ottawa said, adding that they did not adhere to standard safety norms.

The ministry said the Chinese army did “not adhere to international air safety norms” and said these actions were unprofessional and posed safety risk to their personnel.

“In some instances, the RCAF aircrew felt sufficiently at risk that they had to quickly modify their own flight path in order to increase separation and avoid a potential collision with the intercepting aircraft,” the statement said.

“Canada is an active part of an important mission in the North Pacific to ensure that the sanctions applied to North Korea are properly enforced, and the fact that China would have chosen to do this is extremely troubling,” he said at an event in Alberta.

On Monday, the Chinese defence ministry said its army took reasonable measures to deal with Canada and have made “solemn representations” via diplomatic channels.

“China urges the Canadian side to face up to the seriousness of the situation, strictly restrain the frontline troops and refrain from any risky and provocative acts, otherwise all serious consequences arising from this will be borne by the Canadian side,” Mr Wu said.

Countering Mr Trudeau’s remarks, Mr Wu added: “The UN Security Council has never authorised any country to carry out military surveillance in the seas and airspace of other countries in the name of enforcing sanctions.”

The US and Japan also take part in such surveillance activities.

The patrol airplanes of these countries were reportedly watching over fuel transfers between ships at sea that could have been a part of North Korea’s recent launches. Ships from China, which is an ally of North Korea, were suspected to be taking part in the transfers.

So far in 2022, the North has launched 18 rounds of missile tests, including intercontinental ballistic missiles (ICBM), leading to condemnation from its neighbours. It is also suspected that Pyongyang is preparing to conduct its seventh nuclear test, which would also be its first since 2017.