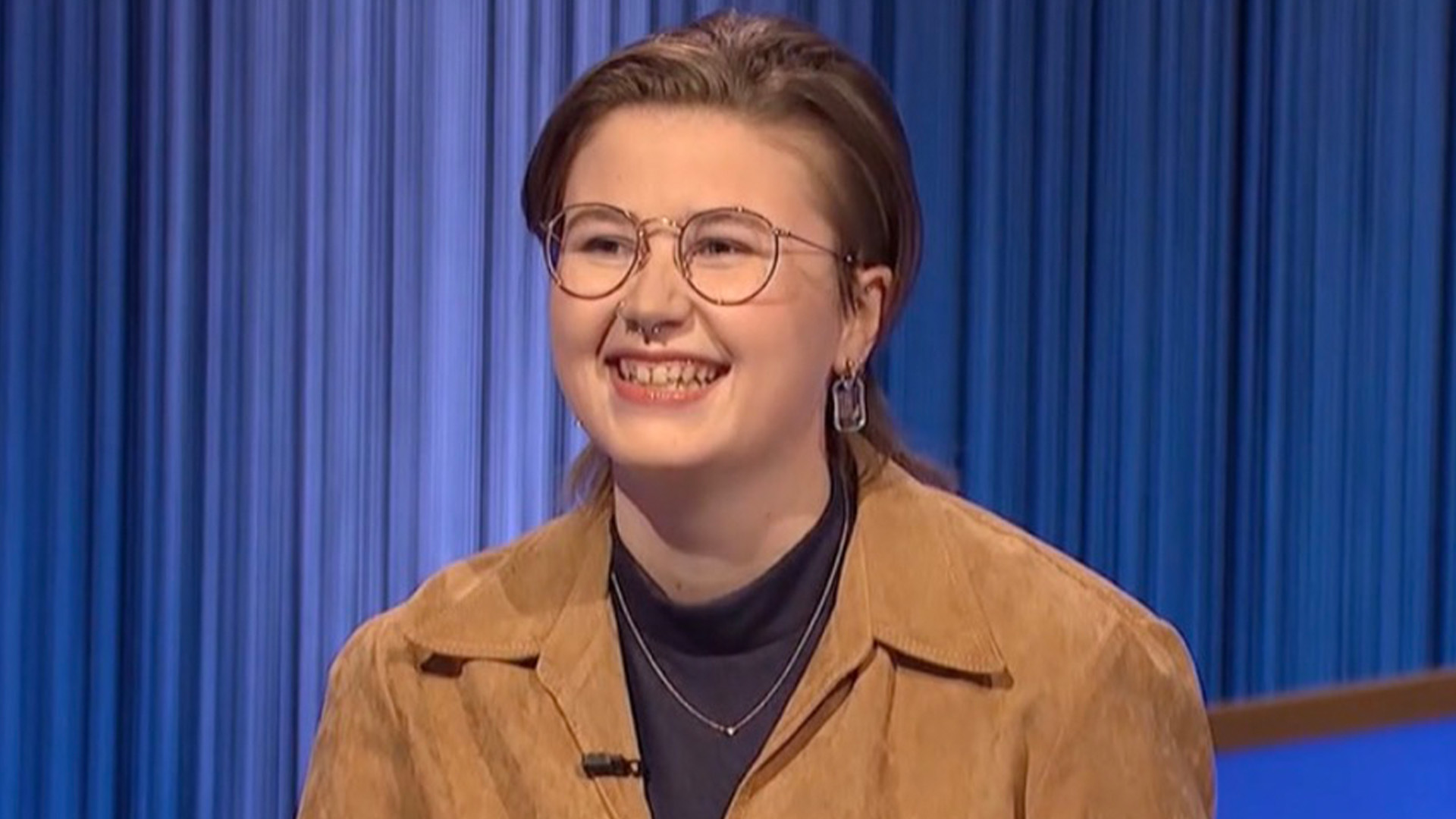 MATTEA Roach has won 21 straight Jeopardy! games, and her family has held a massive watch party for EACH.

With giant cakes, candy customized with her FACE and “drama,” here’s what awaits at her parents’ house in Halifax – if you score an invite.

Mattea, 23, won her 21st straight Jeopardy! game on May 3rd, the fifth-longest streak ever on the show with $506K in total earnings.

And at her parents’ house in Halifax, Nova Scotia, her extended family is on their own streak.

Since her first win last month, her parents, aunts, uncles and even high school debate coach have gathered nightly for watch parties with cakes, sweets (with Mattea’s FACE) and absolute Canadian comradery.

Ken Jennings – whom many fans want to take over for good – called “45 percent” of her matches “close calls” on-air Tuesday, but her parents’ parties aren’t stopping until Mattea does.

According to a May 3rd segment from CBC News, the close-knit crew begins “arriving 90 minutes before the show starts.”

Mattea’s parents Phil Roach and Patti McKinnon have decorated their glass front door with a sign that reads: “This is Jeopardy!”

A backyard BBQ features ‘brain food’ for the guests of various meats, but it’s worth saving room for dessert.

A giant cake reads “Congrats Mattea Jeopardy champ,” and there are Hershey kisses ‘kissed’ with photos of Mattea winning.

“I love this one with the hands,” her mom could be heard saying as she held up a candy custom Mattea-made.

Mattea’s aunt Amy told the Canadian outlet, “Hilariously we had no idea we’d be doing this a month later.”

CBC shared: “Every night for 21 nights now she’s been here.”

Amy added to the station: “There’s so much drama. … And it’s different drama every night.”

The episodes may be “dramatic,” but Mattea’s parents know the score, so to speak.

“Only her parents and brother know the final outcome,” the CBC shared.

Since Jeopardy! is taped long before it airs, Mattea’s immediate family including her younger brother Eamon Roach know if she’s won.

But the rest of the party doesn’t – including her parents, aunts, uncles, cousins, high school debate coach [whom Mattea has credited on-screen as a major influence on her] and principal, all still making it out.

“In some really close games I was still scared she was going to lose even though I knew she had won,” brother Eamon said to CBC.

“If a Daily Double comes up I still get nervous,” mom Pat said.

There’s “no talking” allowed during showtime, but as the youngest ‘super-champ’ in Jeopardy! history wins each night – everyone of course cheers.

Mattea won her first game in April 2022 and victoriously exclaimed her “student loans are paid off!” setting the tone for her unconventional “quirky” presence which sees her often wave around the buzzer.

But she’s made waves regardless; as of last week, the young champ had a total of 459 correct answers in the competition, per Global News – 93 percent of her attempts.

Her “well earned” wins including a WILD $1 Final Jeopardy wager that just slightly and strategically set her over the top, and a Final Jeopardy round last month she answered on-stage ALONE due to a technicality.

“I just kind of think, okay, what can I control?” Mattea told Jeopardy! recently.

With SEVEN tattoos including a Scorpion on her arm she has indeed torn through expectations.

Mattea, who is a graduate of the University of Toronto, worked as a tutor in Ontario for law students.

“Knowing that I’ve won this much money, like, I’m literally thinking, oh my gosh, can I buy a house like ten years sooner than I thought?” she recently added to Jeopardy!

Some critics have slammed the tatted tutor for her “cocky” and “clue-interrupting” gameplay style, frequently talking over first-timers and even Ken, but she’s nearly a household name.

Especially at her parents’ household.

Mayim Bialik and Ken – the latter hosting this week – started filling in as temporary hosts after Alex Trebek’s tragic death in 2020.

Mattea will attempt her 22nd win Wednesday May 4th.