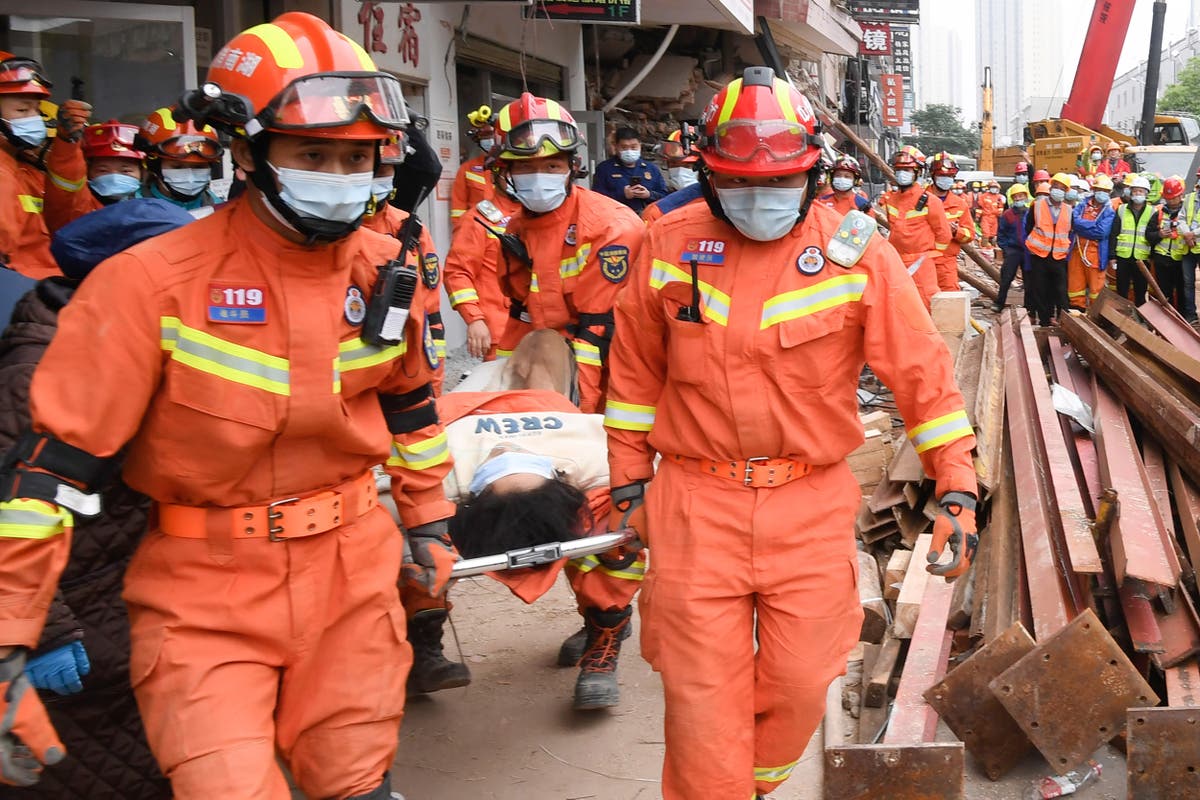 Two people were rescued from a six-storey building more than 50 hours after it collapsed in south-east China‘s Changsha city.

The building, which housed a cinema, coffee shop, a restaurant and a hotel, collapsed on Friday, trapping 23 people inside.

More than two days into the search and rescue operations, videos showed rescuers bringing a woman out on a stretcher at 4.30pm local time on Sunday. Another person was brought out alive from the rubble later in the evening, Chinese state media reported.

President Xi Jinping on Saturday instructed the search party to rescue the victims “at all costs” and ordered an investigation into the collapse.

So far seven people have been pulled out alive from the debris while over 15 others still remained trapped. Another 39 who were present around the site of the building when it toppled had not been accounted for.

Following the collapse, local police say they have arrested at least nine people, including the owner and three people in charge of design and construction for false safety assessment for a guest house on the building’s fourth to sixth floors.

Photos showed the front of the building largely intact, while the rear section appeared to have collapsed into itself. According to local media, the tenants had made structural changes to the premises of the building.

Fire officials told CGTN that the rescue operation was being hampered by the “limited space” available for heavy machinery to lift rubble.

Wang Yong, the government-appointed state councillor, was sent to lead a team to “guide the rescue and emergency response work”.

Following an increase in the number of collapses in recent years, Mr Xi said it was necessary to check self-built structures for any hidden dangers and fix them to prevent major accidents.

In January, more than a dozen people died when an explosion triggered by a suspected gas leak tore down a building in the city of Chongqing. In June 2021, at least 25 people died when a gas blast hit a residential compound in Shiyan city.