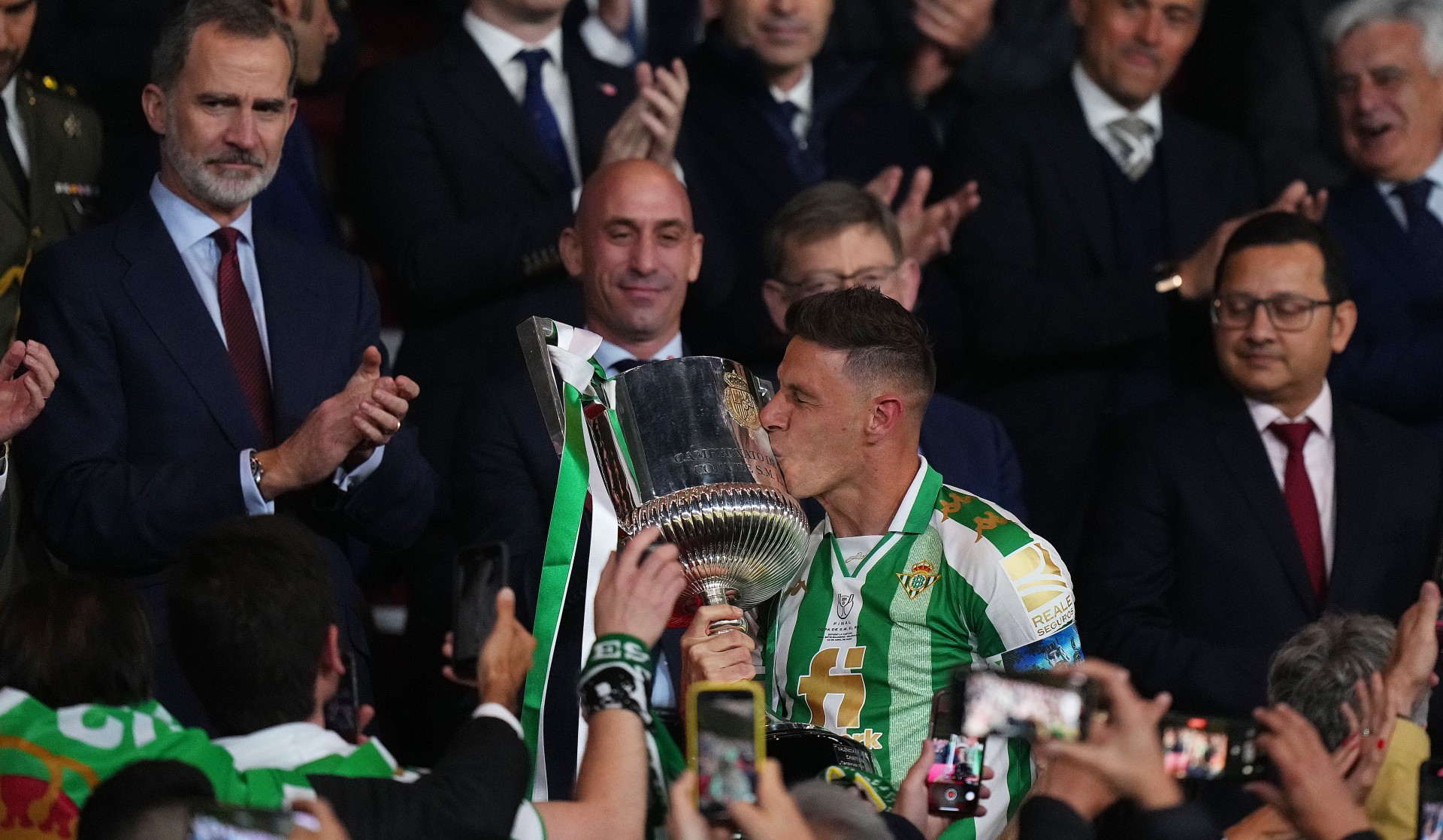 Real Betis have clinched their first Copa del Rey title since 2005 via dramatic penalty shootout win over Valencia in Andalucia.

The two sides battled out a 1-1 draw in 90 minutes of normal time, as Borja Iglesias’ early header was cancelled out by Hugo Duro’s smart finish just before the break.

Borja Iglesias powers in a header to give Betis an early lead in the Copa del Rey final 🟢⚪ pic.twitter.com/JtBzDGeVun

However, neither team were able to find a key breakthrough in a tense period of extra time, despite Real Betis’ dominance, and the Estadio de La Cartuja sensed a penalty showdown.

Los Che’s United States international Yunus Musah was the unfortunate player to miss his spot kick and hand Manuel Pellegrini’s side the advantage in the shootout.

Extra time substitute Juan Miranda stepped up to tuck home the decisive spot kick as the thousands of Los Verdriblancos fans celebrated in the stands.

The Copa title now guarantees Pellegrini’s side a place in the next season’s Europa League, regardless of their La Liga finish next month as Valencia battle on to seal a Top Six spot.