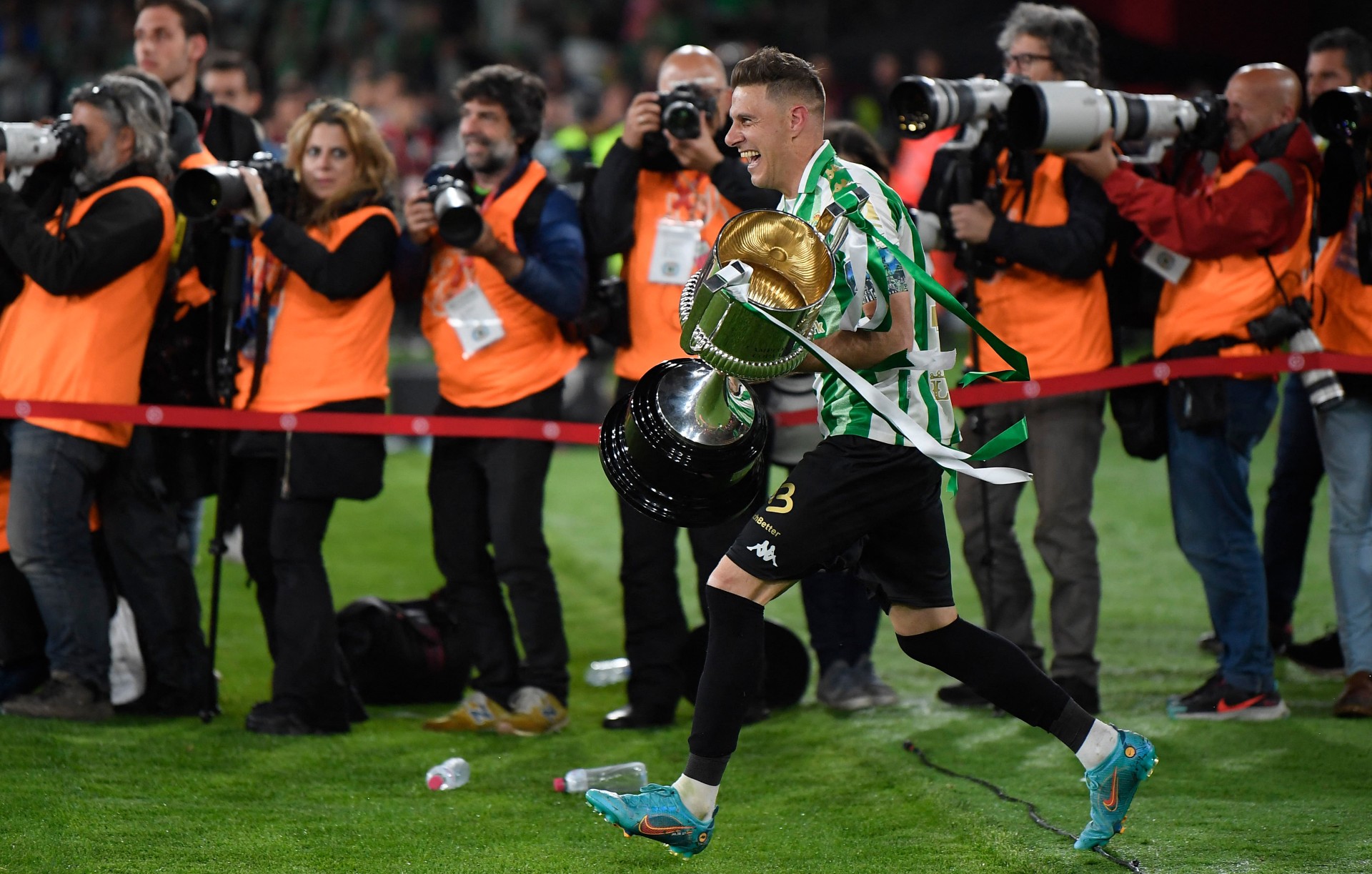 Los Verdiblancos were forced to battle on through 120 minutes of action at the Estadio de La Cartuja and keep their nerve in the penalty shootout.

There was nothing to separate the teams with a 1-1 draw, inside 90 minutes of normal time, as Borja Iglesias’ early header was cancelled out by Hugo Duro’s smart finish just before the break.

Borja Iglesias powers in a header to give Betis an early lead in the Copa del Rey final 🟢⚪ pic.twitter.com/JtBzDGeVun

Manuel Pellegrini opted to throw on Joaquin on 86 minutes with the Chilean boss gearing up for possible extra time and spot kick.

Joaquin converted his own penalty before Juan Miranda buried the match winning spot kick and the Real Betis skipper was delighted at full time.

“We have worked for this over many years, bit by bit, building towards it”, as per reports from Premier Sports at full time.

🗣️ “All these people deserve it.” pic.twitter.com/MNPGNPTssW

“We are having a very good season, and all the fans here tonight deserve this, and I think we deserved it on the night.

“I was emotional at full time, because I have seen the days building up to this game, here in Seville, with fans so excited and the tears of happiness just came to me.”

The Copa title now guarantees Pellegrini’s side a place in the next season’s Europa League, regardless of their La Liga finish next month as Valencia battle on to seal a Top Six spot.