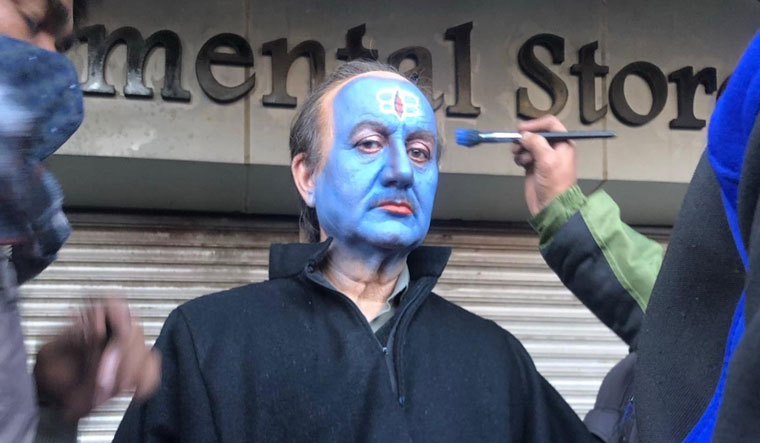 Filmmaker Vivek Ranjan Agnihotri, on Monday, described his latest release The Kashmir Files, based on the exodus of Kashmiri Pandits from the Valley in 1990, as a film with universal appeal.

The film, which released last week, is written and directed by Agnihotri and stars Anupam Kher, Mithun Chakraborty and Pallavi Joshi.

“I wanted to make a sensitive film that has universal resonance… The whole world loves this film, the sensibilities of this film are international. I wanted to show the truth to the whole world,” the director said at a press conference also addressed by Kher and Joshi.

Hailing cinema as a “soft power”, Agnihotri said he hopes the film can help India expand its diplomatic reach.

The director said he was inspired by Hollywood to make films that praise the country and present its greatness to the world.

“That is why we went everywhere in America to show the film. Our focus was not to show the film to Indians. We focused on Americans, Blacks, Whites, Hispanics and others.”

Surinder Kaul, co-founder of the Global Kashmiri Pandit Diaspora, who was also present at the event, said he had approached many Bollywood directors in the past to make a film highlighting the plight of the community.

“Many films were made on Kashmir but either they romanticised terrorism or glorified it. Our painful story was whitewashed completely. We approached many Bollywood directors to tell our story and I am ashamed to say, our request was sidelined,” the US-based Kaul said.

Kher said the film has the support of the world.

“We have used knowledge, debate and as Kaul sahab said he approached many and finally Vivek agreed. He researched for four years and spoke to many people (from the community),” the veteran actor added.

On a question of whether the film could only be possible in Bollywood because there was a BJP government in power, Kher said, “That’s true.”

During their research for the film, Joshi said, they also started feeling the pain the community has suffered in the last 32 years.

“We spoke to 700 people and we have shown their pain and through our research, we also started feeling their pain and felt like we were Kashmiri Pandits,” Joshi, who is also Agnihotri’s wife, said.

The Kashmir Files has been produced by Zee Studios.