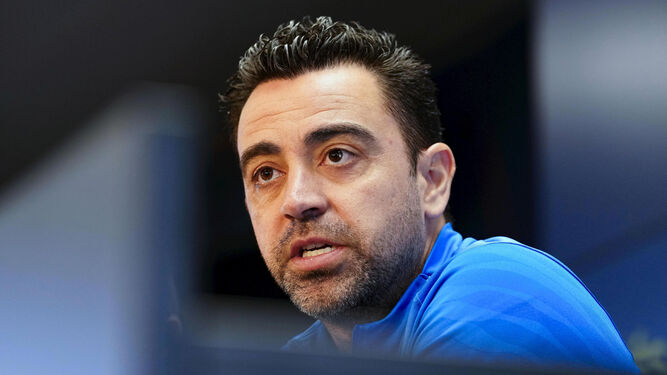 Barcelona have been so very many sagas this year that it’s almost easy to forget that Lionel Messi was due to be starting the season with them at the beginning of last August.

Nevertheless, the effects of the Argentine’s departure have been felt throughout the season and having been robbed of Peri by injury for much of it, at times the Blaugrana have lacked inspiration.

“There have been moments of all types. Moments of science fiction, the 4-0 at the Bernabeu, title situations that we haven’t achieved and of terror too, with absences for Covid and when we were ninth.”

Without prompting however, the Catalan made reference to the absence of Lionel Messi.

“It’s the post-Messi era which is difficult in itself, he won matches on his own, but we have to be patient in spite of the fact I was eager to win titles, it wasn’t to be. We need to reinforce but we have to be realistic and think that this is a difficult situation.”

“It’s the post-Messi era and it isn’t easy but the this team has faith, character and a great attitude. We have to keep believing and next year fight to win titles.”

Messi himself has been having a less stellar season by his own standards at Paris Saint-Germain, despite leading the assist charts in Ligue 1. So far, only Barcelona’s finances have benefitted from the move.