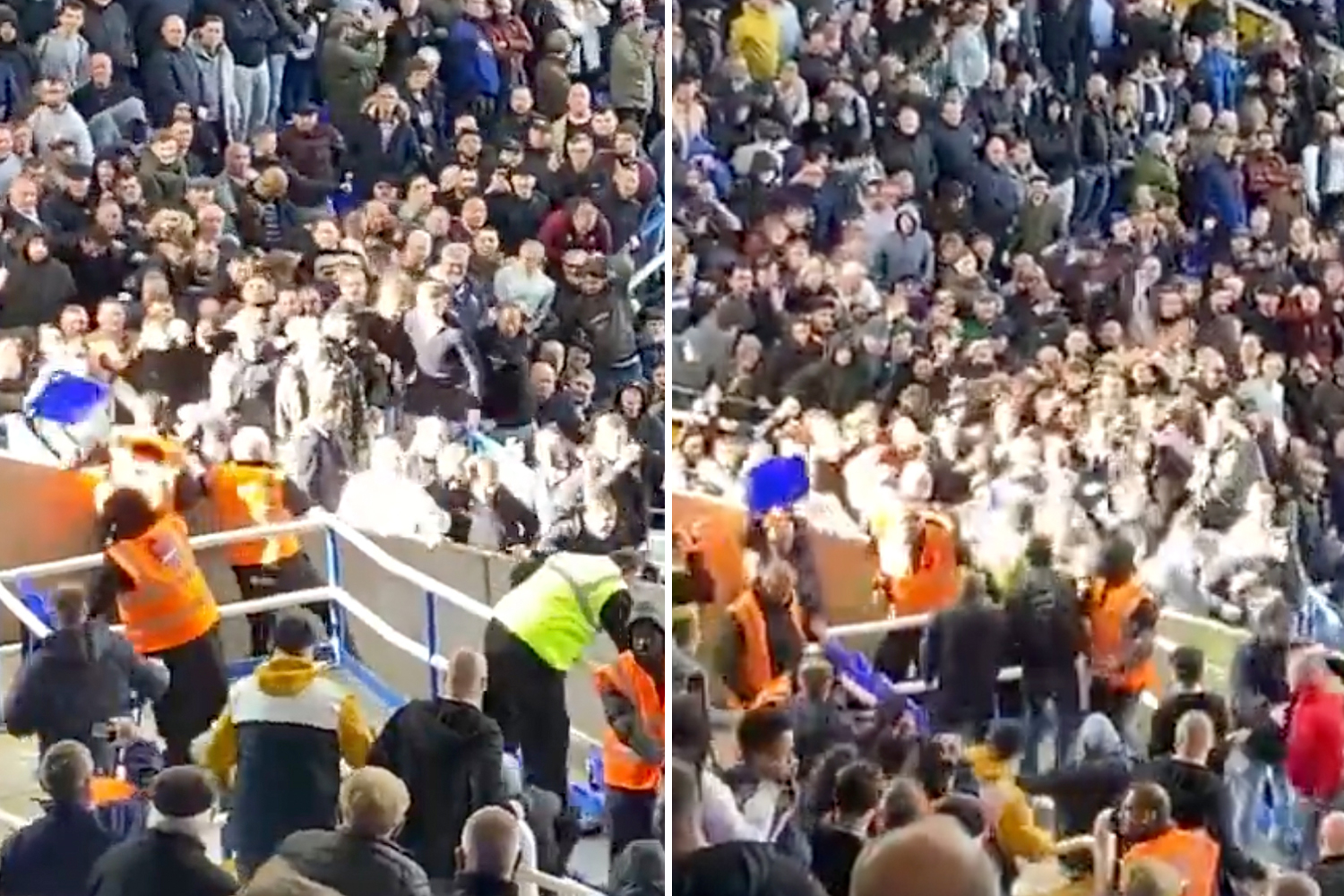 VIOLENCE broke out in the stands between Millwall and Birmingham supporters at the end of their Championship draw today.

The game finished 0-0 – but there was plenty of action going on off the pitch at the end.

Footage shows a number of seats being thrown towards the Birmingham fan by visitors Millwall.

Stewards tried to get in between the two sets of supporters, with one appearing to have punches swung at him.

Millwall boss Gary Rowett said after the game: ““We don’t want to see these sort of scenes at matches.

“My daughter was in the away end today.

“We don’t want to see this and I’m sure that both clubs will look at what happened.”