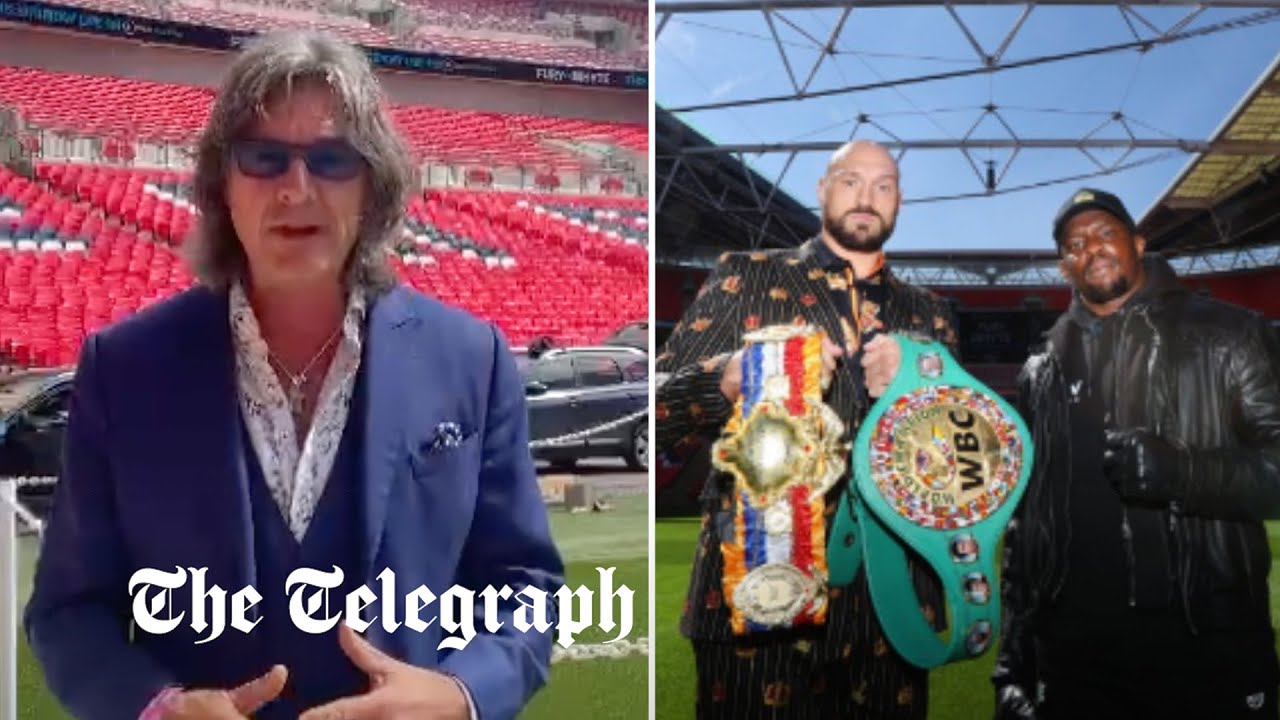 What is the latest news?

Lennox Lewis suspects Fury will only walk away from boxing once he has cemented himself as the No 1 heavyweight of his era – by beating Oleksandr Usyk and Anthony Joshua.

Fury (31-0-1, 22KOs) has repeatedly suggested he will retire after tonight’s WBC heavyweight title defence against Whyte.

If Fury follows through with his plan then fights many have been clamouring for against the unbeaten Ukrainian Usyk, who holds the WBA, IBF and WBO crowns, and another UK rival in Joshua would not occur.

Lewis, the last heavyweight to be recognised as undisputed champion, pointed out he would not have felt able to end his own celebrated career had he not fought and beaten the feared Mike Tyson in June 2002.

While agreeing Fury is currently the world’s best heavyweight, Lewis believes the ‘Gypsy King’ will only be able to hang up his gloves once he has proven himself against his biggest contemporary rivals.

“You look at the guys who are out there,” Lewis said. “Can he beat them? He probably can. He is the top heavyweight in the world right now.

“Does he want to beat them? It’s really up to him. I’ve heard him saying he wants to retire. I don’t know whether he’s saying that for real or not but it’ll be sad if he doesn’t fight Usyk.

“I didn’t know if the Mike Tyson fight was ever going to happen but I knew I wanted it to happen because I didn’t want anybody saying ‘Tyson would have beaten you’. Now they can’t say that, they have to say ‘you’re the best, you beat Tyson’.”

Lewis expects an intriguing “barn buster” of a fight in Saturday’s headliner, tipping either the taller, rangier and more elusive Fury to prevail on points or Whyte to cause an upset by knockout.

Lewis has been encouraged by the recent performances of Whyte (28-2, 19KOs), particularly how the Londoner avenged his defeat to Alexander Povetkin 13 months ago.

“I know Dillian Whyte’s ready; he’s strong, he throws a great hook, great jab,” Lewis said. “I’ve seen him improving over his last few fights so this is the main fight he has to be ready for.

“He really needs to step on the gears and really go after him and hit what he can hit. It’s going to be hard to box against a 6ft 9in guy.

What have the fighters said?

Whyte, who last stepped into the ring over a year ago in March 2021 to avenge his defeat to Russian veteran Alexander Povetkin, detailed the motivation behind his pursuit to dethrone the ‘Gypsy King’.

“I am very confident in beating him. It will be good to shut a few people up man. It will mean everything to me. I am a guy who as a kid had no future, no education, no family. I am a survivor. I have been on the streets since I was a child.

“I have come from nothing. I had no backing, no support and I didn’t even go to school, so I did not do sports at school.

“I was a thug on the street who could knock people out and I decided I can’t afford to go to jail so I need to do something else. So, I did this and got better and better, but I am under no illusions.

“I don’t go around and say I am the greatest. I know what I am and I know what I bring. I have a lot of pain and frustration to take out on someone.”