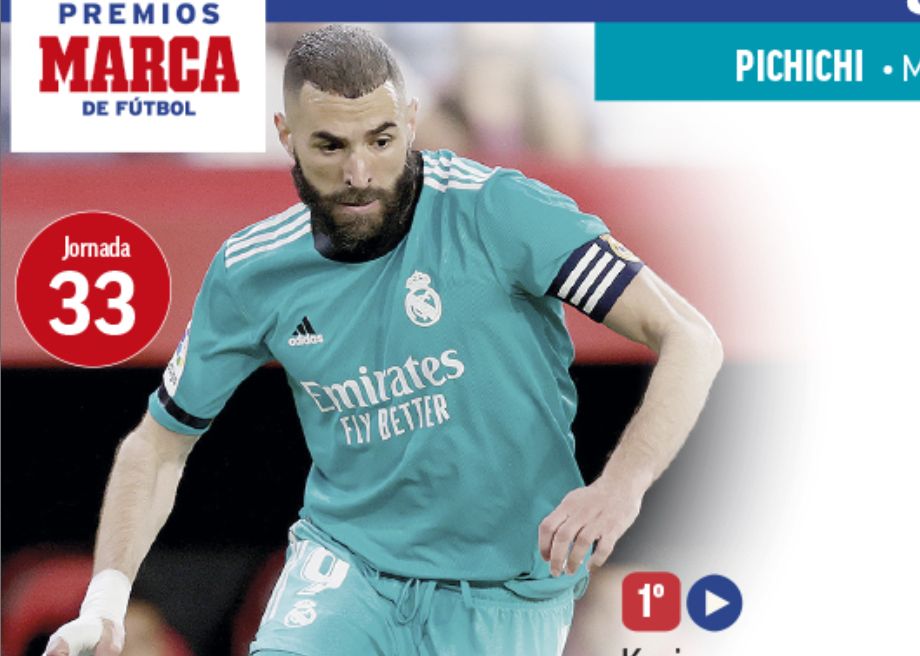 Karim Benzema will be La Liga’s top scorer this season, with 25 goals after 33 weeks and 29 starts for the France star.

This excellent graphic from Marca breaks down the spread of his goals:

He’s dominated the last 15 minutes of games, and the shot map reveals he’s mainly scored from short range, or from a little further out on the right.

His runs came twice as often from the left as from the right though, giving you an idea of how he operates in the final third.

Benzema seems to get better every year, and this was a particularly impressive season.