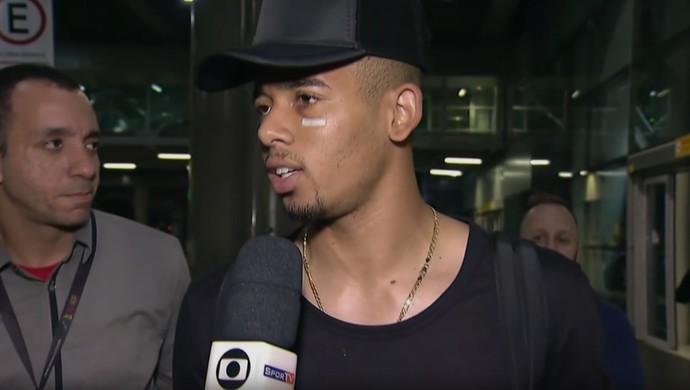 When it was announced that Sergio Agüero would be leaving Manchester City on a free, there was a belief that Gabriel Jesus would take over and be the main man in the middle under Pep Guardiola.

That didn’t end up being the case, however, as the Brazilian has struggled to get regular game time at the Etihad, and could be on his way out this summer.

Various clubs have been touted over the past few weeks as landing spots for Jesus, but Arsenal haven’t appeared as one until now.

The news comes from journalist Jorge Nicola who revealed on Friday on his YouTube channel that the Manchester City player is in ‘very advanced talks’ with the Gunners regarding a transfer.

It’s no secret that Arsenal are going to need a new striker in the summer, and while players of a bigger physical stature, like Alexander Isak and Lautaro Martinez have been touted, it appears Jesus is now of interest.

This would make sense with Edu Gaspar in charge of such decisions, and could see the Manchester City man playing with Gabriel Martinelli in the future at the Emirates.

Nicola points out that Jesus, at 25 years of age, wants to play regularly, which isn’t the case at the moment, so he can make Brazil’s squad for the World Cup, described as a ‘dream’ of his.

It’s then added that Edu Gaspar ‘approached Paulo Pitombeira’, who is the Manchester City striker’s agent, and goes as far as saying that ‘everything has been agreed’ between the player and Arsenal.

Now, all that’s needed is an ‘agreement with Manchester City’.

Nicola then adds that if Arsenal can’t reach an agreement with their Premier League rivals, they would just wait until Jesus’ contract expires and then sign him on a free.

However, the belief is that City are expected to ask for a small compensation (the amount isn’t stated), and this is the scenario the journalist believes will happen.

Regarding the player’s salary, Nicola states that Jesus currently earns around €4m a year in the north of England, but would get around €6m from Arsenal should a transfer take place.

Over in Brazil, Palmeiras will be following this with attention, because they would be due some solidarity payments from any transfer going forward, as well as 5% of any transfer in the deal they negotiated with Manchester City.