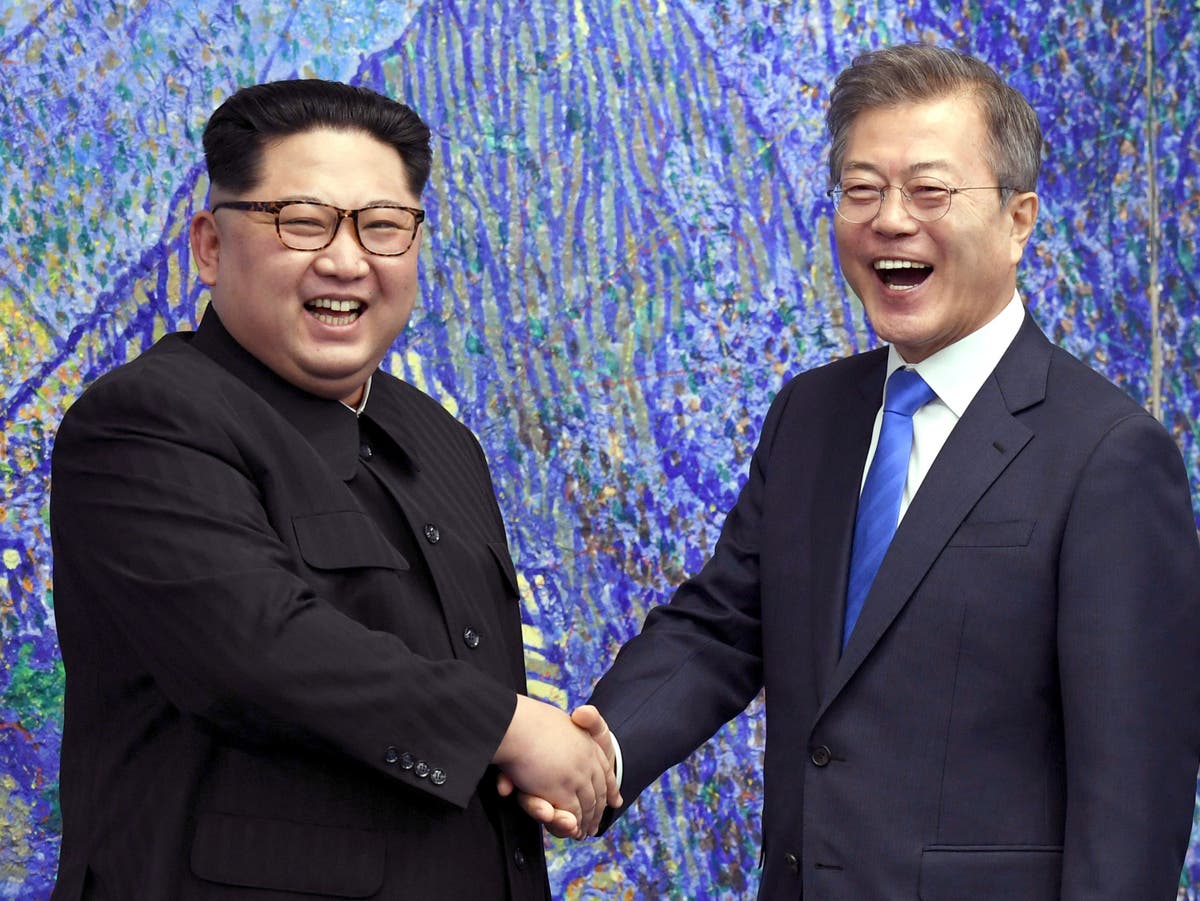 In response to a personal letter by Mr Moon, Mr Kim praised the “pains and effort” taken by the South Korean leader for the “great cause of the nation until the last days of his term of office”.

Mr Moon’s presidential term is set to end in less than three weeks with Yoon Suk-yeol, a conservative anti-feminist opposition figure often critiqued as the “South Korean Donald Trump”, succeeding him in Seoul.

This exchange of letters between the leaders of Seoul and Pyongyang is an “expression of their deep trust”, North Korea’s KCNA state news agency reported.

Mr Moon reportedly stressed that dialogue should overcome the “era of confrontation”.

In his letter, Mr Kim expressed hope for improved inter-Korean relations if the “North and the South make tireless efforts”.

These “letters of friendship”, though a warm exchange, come amid heightened tensions between the two Koreas after the North conducted an array of missile tests this year, including banned intercontinental ballistic missiles (ICBM), ending a self-imposed 2017 moratorium.

South Korea’s intelligence and defence ministry also raised concerns over satellite imagery that indicates Pyongyang has been restoring tunnels at its previously closed nuclear test site in Punggye-ri, in what is seen as preparation for seventh nuclear test. North Korea conducted all its six previous nuclear tests at this site.

It is also expected that the North could stage a military parade as soon as next week in another show of its weaponry.

The letters appear to mark an amicable end to Mr Moon and Mr Kim’s turbulent history. The South Korean leader played a significant role in brokering negotiations between Mr Kim and Donald Trump in a landmark Hanoi summit, which eventually failed.

The two Korean leaders also had three summits in 2018 that produced an agreement to reduce military tensions on the border.

But after discussions with Trump faltered, the relations soured and the North branded Mr Moon as a meddlesome mediator. In 2020, Pyongyang demolished a $15m liaison office on the border, which was seen as the South Korean leader’s biggest achievement.

They again tried to mend ties last year, but little progress was made and Pyongyang then criticised Seoul’s “double standards” over weapons.

Mr Yoon is set to take office on 10 May. Soon after winning the election with a narrow margin, Mr Yoon vowed to counter North Korea with a tougher stance against its “illicit” and “unreasonable” provocations. He said he is open to negotiations but promised a stronger US alliance to deter the North.