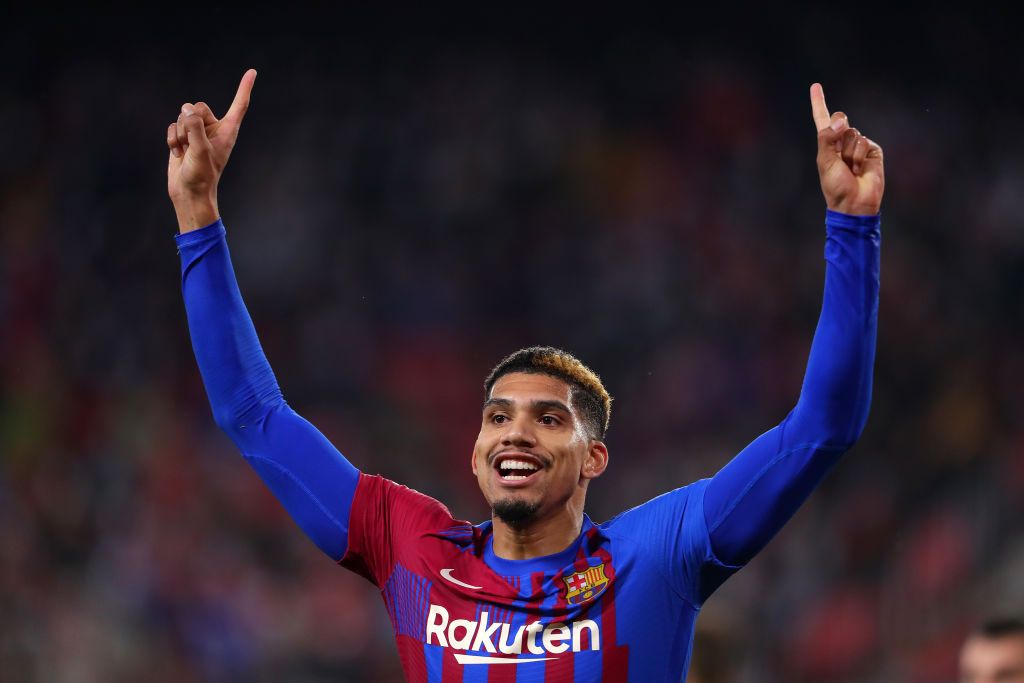 Barcelona feel like they’re on the up again after a dark period, but it’s been hard to feel too positive while there are still so many question marks on the financial side at the Nou Camp.

One of those pending issues is on the verge of being sorted out, and it looks like Xavi will be able to count on Ronald Araujo’s continued presence in his squad now that the Uruguay defender has agreed a new deal with the club.

Well-sourced journalist Toni Juanmarti has today claimed that the new deal could be announced as soon as the start of next week.

The defender’s new deal will run until June 2026, and includes the compulsory purchase clause set at an unreachable €1bn euros.

With Andreas Christensen set to join on a free transfer from Chelsea, the Blaugrana can truly say they’re well stocked for years to come in central defence now.