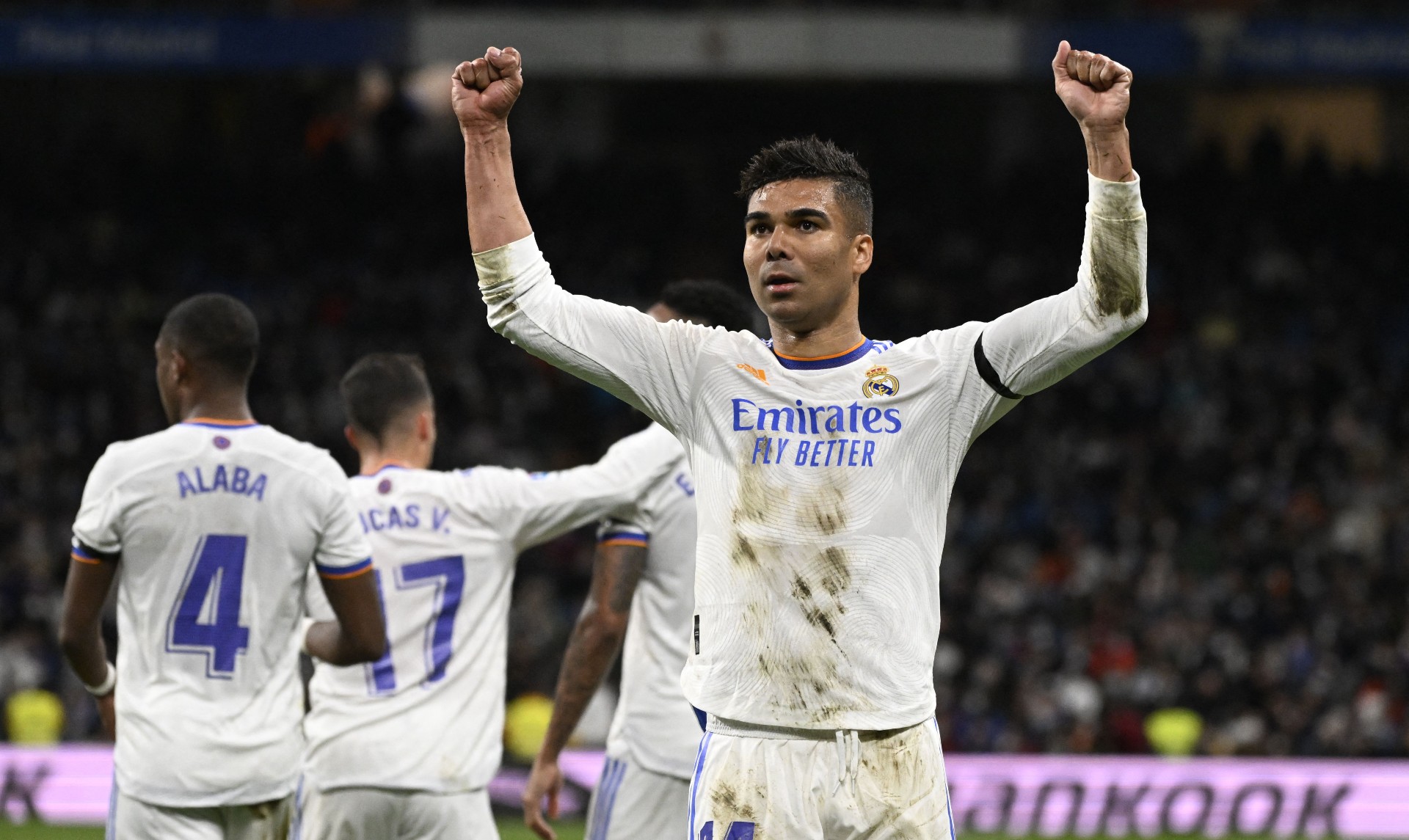 Real Madrid have now opened up a 12-point lead at the top of La Liga table thanks to a 2-0 win at home to Getafe.

Los Blancos are now within touching distance of clinching the Spanish title with seven league games still to go in the 2021/22 campaign.

Carlo Ancelotti’s side carved out a string of early chances before Brazilian star Vinicius Junior‘s brilliant outside-of-the-boot cross found Casemiro to nod the home side in front.

🇧🇷 @Casemiro‘s first goal of the season was worth the wait…💥🔝

The hosts looked to step up the attacking pressure in the second period as winger Rodrygo Goes fed in the overlapping Lucas Vazquez to smash them into a des 2-0 lead.

🤍⚽️ @Lucasvazquez91 celebrates his goal against Getafe with the #LaLigaFanCam!

Enes Unal struck the post in added time with a fierce drive, to deny Getafe a late consolation, with the visitors still four points above the drop zone.