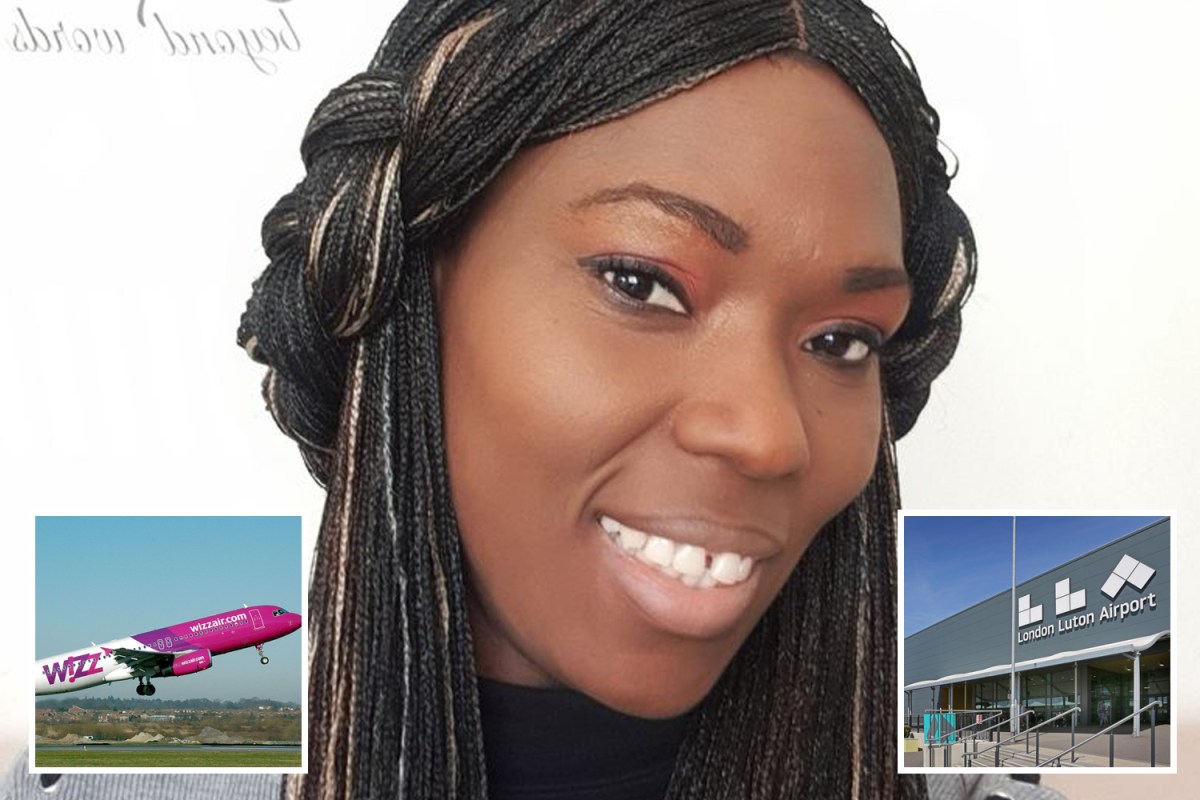 A MUM has told how Wizz Air has blamed her and her son for missing their flight – but she claims it was their staff who messed up.

Blessing Frederick‘s teenage son had saved up £500 of his pocket money to whisk away his mother to Greece to celebrate her birthday.

They were supposed to take off from London Luton Airport on Tuesday – but instead were forced to return home when their flight took off without them.

Speaking to MyLondon, Blessing explained: “We were very excited especially since it was our first holiday since the pandemic.

“My son actually hasn’t travelled since he was five years old, so he was really looking forward to it.”

Now Blessing has claimed it WizzAir’s fault they missed their five-day trip to Thessaloniki – as there were huge staff shortages, and they were forced to join the wrong queue.

The salon owner, who arrived two hours before her flight, says there was a miscommunication from Wizz Air staff that meant she joined the priority queue after being told her son counted as a child.

She said: “Everyone was like squashed, packed sardines. But we saw a sign that said anyone who has a child should join the priority queue, and considering that we’d just been told my son counted as a child, we decided to enter that lane.

“But when we got to the front, the member of staff said she couldn’t serve us and we’d have to rejoin the main queue. I asked why, because technically my son is a child, but they said no, the rule is only for babies, not for someone as old as he is.”

Eventually after reaching the top of the line, they had to rush through security to reach their gate before it closed at 6:25am.

However, in her panic she forgot to take a bottle of perfume out of her bag.

This blunder would usually still leave her plenty of time to catch her flight – but because of how little staff were working it sealed her faith.

“Then because I had forgotten to remove a perfume from my bag and my son forgot his deodorant, our bags were put to the side. There was just one staff member checking the bags by herself and she was clearly under pressure because everyone was just shouting at her.

“But as far as I’m concerned, if I have already gone through the scanner and my bag needs to be checked, then my bag should be checked before the bags of people who haven’t even gone through yet.”

‘WE DON’T GET PAID ENOUGH’

Finally after getting through bag check Blessing, her son and tens of other passengers all sprinted to the gate.

Blessing said: “There were a lot of people running there with us. When we got there we just saw a bunch of young Wizz employees who again just told us there was nothing they could do. One of them even said ‘we don’t get paid enough for this’.

“There was another lady there with us who had kids and she had been at the airport since three in the morning.

“She had paid for priority and she still wound up in the same situation as me and my son. There were about 20 or 25 of us standing around not knowing what to do.”

The mum-of-two says a whole group of passengers were told they could pay an extra £78 each to rebook for a few days later. A call to customer services yielded yet another person telling them they couldn’t do anything, Blessing says.

She continued: “We didn’t get any help from anybody. Everywhere we went it was this ‘well it’s your fault you missed the flight, there’s nothing we can do’ attitude.”

It comes as a number of airports both in the UK and at top tourist destinations abroad have struggled to cope with the surge in holiday traffic over recent weeks.

The problems are the result of a perfect storm of issues, including Covid sickness, staff shortages, IT problems, bad weather and the mass redundancies at P&O Ferries.

Recruitment at airports and airlines, which haemorrhaged staff during mass border closures in first two years of the pandemic, hasn’t yet caught up with renewed interest in travel.

According to Karen Dee, chief executive of the Airport Operators Association, UK airports need to recruit tens of thousands of staff, with Heathrow alone needing 12,000 staff.