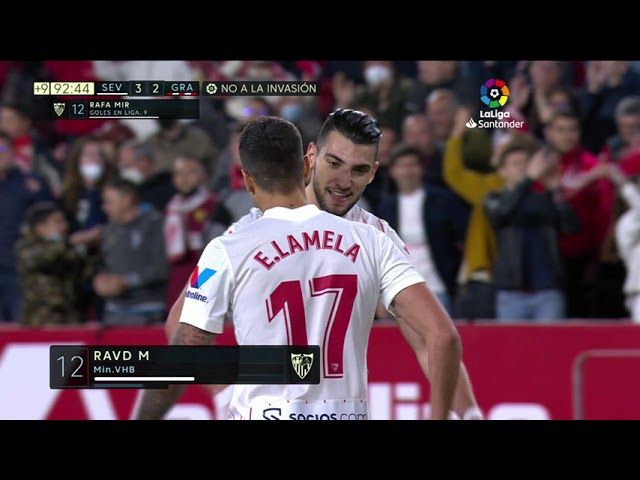 Sevilla roared back from 1-0 down to end a long run without a win in La Liga against Granada.

In an exciting game in Andalusia, the home team went a goal behind early, only to turn it round and lead 2-1 going into the final moments, where things went really mad.

Granada equalised from a corner in the 87th minute, only for Sevilla to add two in stoppage time to win a thrilling Andalusian derby. It was a good result to cheer up the Sanchez Pizjuan, who had seen their season end rather abruptly in recent weeks.

You can see all the goals from the game in the clip embedded here: