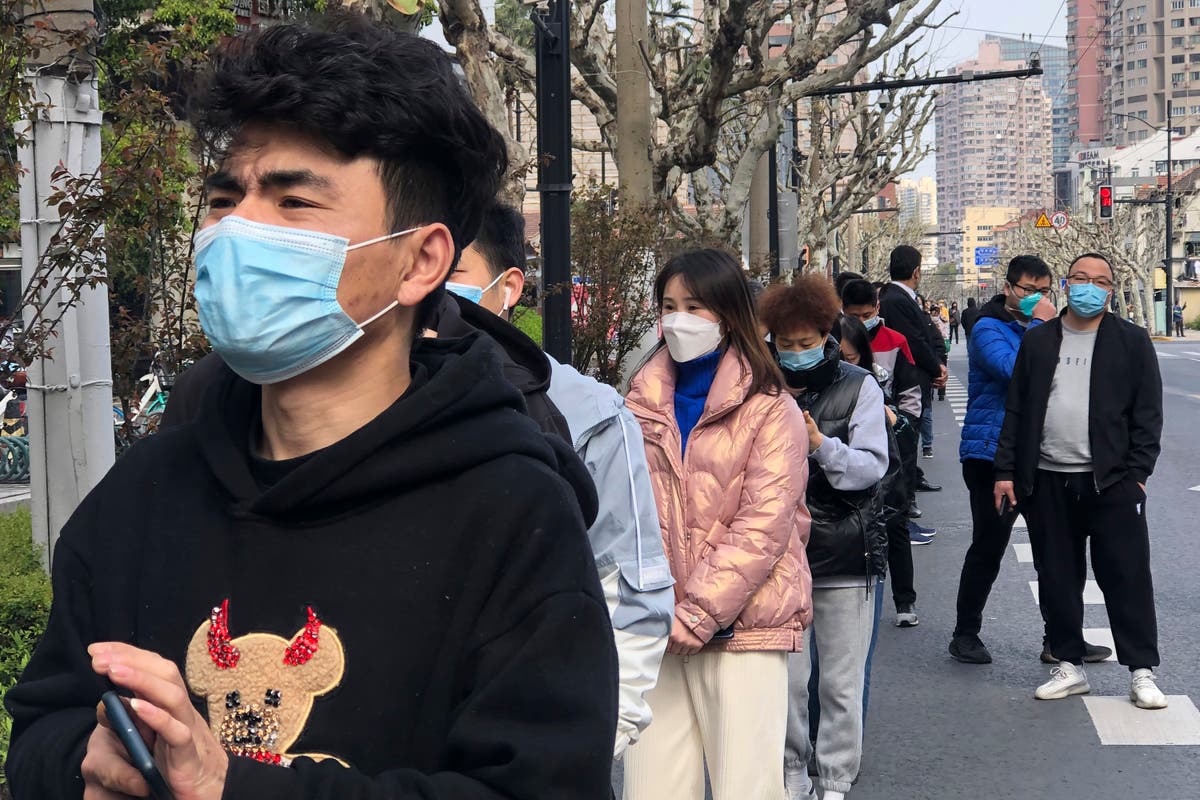 Shanghai has decided to widen mass testing for Covid-19 even as it plans to ease some restrictions in communities that do not report new cases for 14 days.

The fresh round of testing come as the city registered a record 23,600 cases on Saturday, though most were asymptomatic. According to the latest official data from local health authorities, the number of symptomatic infections rose to 1,015 from 824 cases on Friday.

Shanghai deputy mayor Zong Ming said on Saturday that based on the results of the new round of testing, the city will be classified into three zones – lockdown, control and precaution. Each zone will have different levels of risks and corresponding measures.

“We will implement differentiated policies with the zoning and grading, based on the analysis and results of the nucleic acid tests,” she said.

Ms Zong also admitted during the press conference that there were shortcomings in the city’s handling of the fresh Covid-19 outbreak. “A lot of our work has not been enough, and there’s still a big gap from everyone’s expectations. We will do our best to improve it,” she said.

On 28 March, China’s most populous city enforced a lockdown in two stages to conduct mass testing over a nine-day period amid daily record cases of asymptomatic infections.

Beijing authorities intervened in Shanghai following its failure to isolate Covid by locking the city down in stages, and has insisted that the country stick to its zero-tolerance policy to prevent its medical system from breaking down. More than 10,000 health workers from across the country have been sent to Shanghai, including 2,000 military medical staff.

Residents of the city, which has a population of about 26 million, have been complaining of a shortage of food and other basic necessities after authorities extended the Covid lockdown indefinitely earlier last week.

On Saturday, some residents living in housing compounds said they had also been notified by the city authorities that they could leave their homes for a stroll in their compounds if there have been no recent cases.

Mr Zong, meanwhile, added that the “epidemic prevention and control is now at the most critical moment, and we cannot tolerate the slightest slack”.

On China’s social media, locals have begun to complain about the strict lockdown measues in Shanghai. “No matter where you live, whether you have money or not, you have to worry about what else you can eat and how you can buy things,” one user wrote.

​“The use of the word ‘lockdown’ can be quite imprecise when used in China compared with the rest of the world,” Maya Wang, a senior researcher at Human Rights Watch was quoted as saying by The Guardian, emphasising that it did not fully capture the severity of the situation.

Meanwhile, Gu Jun, director of the city’s commerce commission, noted that were issues in distributing food supplies and said that distribution centres, supermarkets, and pharmacies should continue operating online as much as possible.