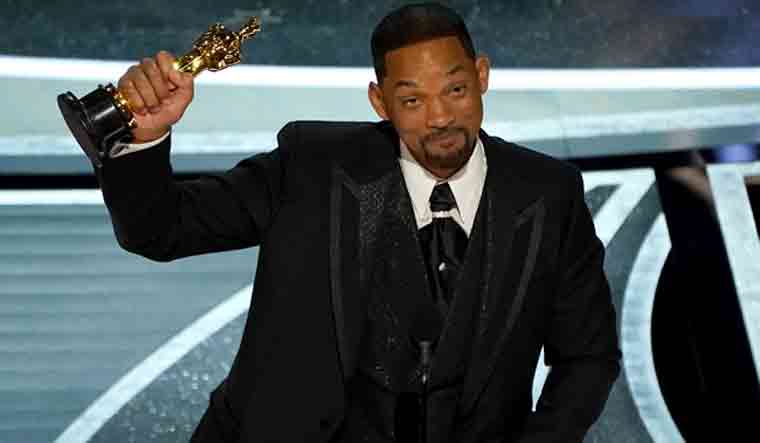 After actor Will Smith’s viral altercation with comedian Chris Rock at the Oscars 2022 ceremony, there is one question everyone’s asking – will the actor’s maiden Oscar be revoked? Smith won the Best Actor Oscar for his performance in King Richard at the 94th Academy Awards.

According to reports, the Academy of Motion Pictures and Sciences has launched a formal review into the incident to determine “further action and consequences”. Soon after the live ceremony concluded, the Academy had issued a statement that it does not condone violence of any form.

Smith had rushed up to the Oscar stage and slapped Rock after the comedian cracked a joke about the actor’s wife Jada Pinkett-Smith. In his emotional acceptance speech after winning the best actor Oscar, Smith had apologised to the Academy. However, he didn’t name Rock or apologise to him. In an official apology he later shared on his social media handles, Smith said his behaviour was ‘unacceptable and inexcusable’, and apologised to Rock.

Will the Academy take disciplinary action?

While many wonder if Smith will be stripped of his Oscar, others say the Academy may instead suspend him. The Hollywood Reporter stated that the actor is likely to face some sanction – perhaps suspension of his Academy membership, and that he may not lose his Oscar. Actress Whoopi Goldberg, who is a member of the Academy’s board of governors, said during a US talkshow on Monday : “We’re not going to take that Oscar from him. There will be consequences I’m sure, but I don’t think that’s what they’ll do.”

What does history of the Oscars say?

In 2017, in the wake of the MeToo movement, the Academy suspended the membership of producer Harvey Weinstein who was accused by multiple women of rape and sexual assault. Similarly, the memberships of filmmaker Roman Polanski and comedian Bill Cosby were suspended. However, neither Weinstein nor Polanski, who was convicted of rape, had their Oscars taken away.

The Academy adopted a new code of conduct in 2017, which said: “There is no place in the Academy for people who abuse their status, power or influence in a manner that violates recognised standards of decency.”

Social media is split on Smith’s reaction to Rock’s joke. Even during the commercial break after the altercation, many of Smith’s peers appeared to reach out to the actor, including Denzel Washington, Tyler Perry, and Bradley Cooper. In his official statement, Smith acknowledged his behaviour was unacceptable. Explaining his emotional reaction, he said: “Jokes at my expense are a part of the job, but a joke about Jada’s medical condition was too much for me to bear and I reacted emotionally.” The incident has also brought back into focus conversations about where to draw the line when cracking personal jokes or roasting someone. According to a THR report, Rock’s joke about Smith’s wife Jada was not part of the script and was not performed during the rehearsals.

After the Smith-Rock incident, a clip from the 1973 Oscars ceremony has also been doing the rounds of social media. In the video, activist Sacheen Littlefeather is seen taking to the stage to speak on behalf of Marlon Brando, declining his best actor award for his iconic role in The Godfather. And she used the stage to speak about the rights of Native Americans and draw light to their poor representation in the movies. After she leaves the stage, she was mocked by Clint Eastwood who said that he was presenting the next award “on behalf of all the cowboys shot in John Ford westerns over the years.” According to reports, actor-filmmaker John Wayne had to be restrained by six security guards as he tried to take  Littlefeather off the stage. No disciplinary action was taken against Wayne, the Guardian stated in a report.