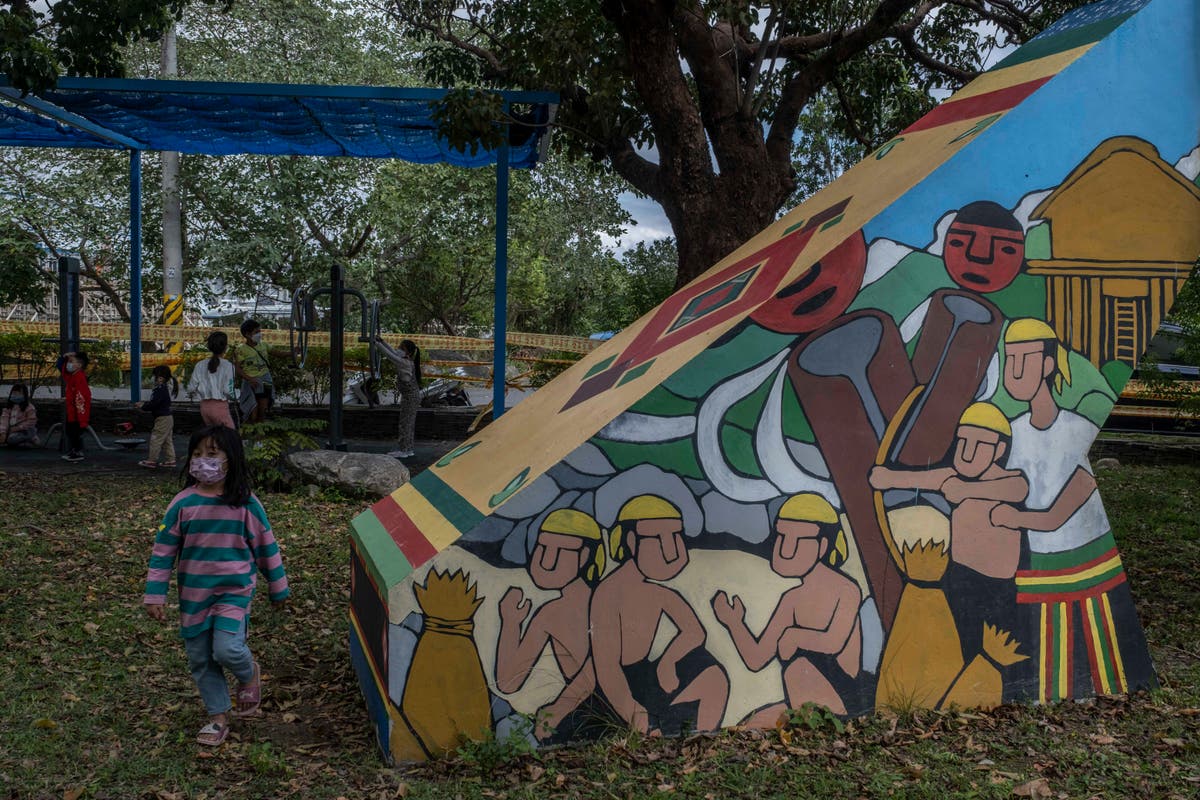 The first time he donned the traditional dress of the Puyuma Katratripulr tribe, an Indigenous community in southeast Taiwan, Meng-Chun Li felt self-conscious.

Despite earning the clothes after eight days of rituals – including fasting, running four miles to the coast and a ceremony in which elders painted charcoal on his face and hit him with bamboo sticks – he felt like at outsider at the harvest festival.

“I was still afraid of how others would see me. Won’t they think I’m weird?” he says.

More than two years later, Li, now 34, feels completely at home in the Indigenous community, also known as the Zhiben tribe. He has helped repair homes, learned to hunt and joined the group’s demonstrations protesting the installation of a solar farm nearby. His back and shoulders are covered in traditional tattoos.

“I have been completely naturalised. I’d say I am from this tribe,” Li says. “I am Indigenous in spirit, even if not by blood.”

Li is one of an increasing number of young Han Chinese, the dominant ethnic group in Taiwan, who in recent years have fully immersed themselves in one of the island’s Indigenous cultures – spending days exploring the ancestors’ routes through the mountains, hunting and taking part in festivals and ceremonies.

The growing identification with Taiwan’s Indigenous communities comes amid a revival of Indigenous culture and a renewed emphasis on Taiwan’s Austronesian roots – trends that undercut Beijing’s claims to the island, which it says is an inalienable part of China.

The embrace of Indigenous identities by Taiwan’s young Han Chinese, the dominant ethnic group in China too, also undermines one of the key arguments used by Chinese leaders to justify the unification of China and Taiwan – common heritage and ethnicity.

According to government statistics, more than 95 per cent of Taiwan’s population of about 23 million people is Han Chinese, hailing from generations of southern Chinese who began settling on the archipelago more than 400 years ago, as well as those who arrived with the fleeing Nationalist army in the late 1940s after its defeat by the Chinese Communist Party.

Taiwan is also home to about 580,000 people who belong to one of 16 officially recognised tribes, descendants of Austronesian people whose presence on the island dates back thousands of years.

For some Taiwanese, these tribes hold the answer to key questions of personal and national identity, after decades of dislocation and cultural repression under the control of others – the Dutch, China’s Qing dynasty, the Japanese and then the Chinese nationalist Kuomintang army.

“I know I am Taiwanese, but what does being Taiwanese really mean?” says Ching Che Lin, 34, a ceramics artist who started the years-long process of joining the Lalaulan village, part of the Indigenous Paiwan community, in Taitung after an introduction by his wife, a member of another nearby tribe.

While studying art and traditional pottery as a student, Lin often wondered what Taiwan – which he thinks is most obviously influenced by China’s southern Fujianese culture, Japan and western ideals – could claim as its own. Born in Japan and having grown up in various parts of Taiwan, he found it difficult to talk about his identity.

“Identity is related to the land and how much you understand your relationship with the land,” Lin says. “I fell in love with the tribe because their culture is rooted in the land.”

As the emphasis on Taiwan’s Indigenous links grows, connections with China appear to be weakening. The number of residents who saw themselves as Chinese fell to less than 4 per cent last year, and those who saw themselves as both Taiwanese and Chinese was less than 32 per cent, compared with 62 per cent who identified as only Taiwanese, according to an analysis of surveys by the Election Study Center of National Chengchi University in Taipei.

Recently, leaders such as the Taiwanese president Tsai Ing-wen, who is a quarter Paiwan, have promoted Taiwan’s Indigenous identity. In 2016, Tsai issued the first official apology to Indigenous groups for centuries of mistreatment, including the seizure of ancestral lands and assimilation policies that banned Indigenous languages and traditions.

Since then, government initiatives have ranged from teaching Indigenous languages in schools to employment programs, local health centres and subsidies for reviving traditional customs.

That may still not be enough. According to Taiwan’s Culture Ministry, about half of Taiwan’s registered Indigenous population have moved to cities. As young and middle-aged residents leave the villages, it becomes harder to pass on traditions.

It is for this reason that Indigenous author Ahronglong Sakinu of the Lalaulan tribe and others have made it their mission to bring in people from the outside. Sakinu joked that the number of Han Chinese joining the community in recent years has been so much that there are now “more light faces than dark faces” in the group.

“We should no longer cling to our own river; we should face the sea,” Sakinu says.

Wang Ping Shen, 23, who joined the Lalaulan community after attending a harvest ceremony in 2016, said he has seen more and more people like him who are not Indigenous taking trips into the mountains to trace the paths laid down by the tribe’s forefathers, a reminder of a world before the Han Chinese emigrated to the island.

“The more people know these stories, the harder it is for them to be forgotten. There’s a saying that the tribe is like a small stream. Now, the tribe must gather together and become a river so it can flow even farther. Stories will only be remembered if we all gather and remember them,” Wang says.

As Taiwan faces more diplomatic isolation as a result of Chinese lobbying against recognising the island as an independent nation, government officials have emphasised Taiwan’s Austronesian links with countries of the South Pacific. Others have used those links to challenge Beijing’s claims to Taiwan.

In 2019, Chinese president, Xi Jinping, delivered a New Year’s message describing Taiwan’s unification with China as “inevitable”, and he warned that he would not rule out the use of force to make that happen. In response, representatives of Taiwan’s Indigenous Historical Justice and Transitional Justice Committee wrote in a letter: “We have lived here, in our Motherland, for more than 6,000 years. This is a land where generations of us have given our lives protecting. This is sacred space. Taiwan does not belong to China.”

For the most part, groups have welcomed outsiders eager to learn and appreciate their traditions. “If we only cared about blood ties, we would be trapped in a maze and it would be impossible to revive our culture,” said John Lu, a member of the Lalaulan tribe.

“It’s a real uphill struggle to revive these cultures, and there are very few people involved, so it could be great to have even one more person there learning the language and culture and participating,” says Kerim Friedman, a professor in the Department of Ethnic Relations and Cultures at National Dong Hwa University in Taiwan.

For many of these young Han Chinese entering Indigenous communities, China is the furthest thing from their minds as they search for a sense of community, a pace of life different from that in the cities or the freedom to be themselves.

Seven years ago, Judy Chang was a student at a police academy in Taiwan when she heard Sakinu tell a story about a young school-age boy from the city who was staying with him.

The boy was miserable, ignoring everyone while he listened to music on his headphones. One day, Sakinu took him into the mountains just after it rained. The boy started to play, jumping and rolling into piles of leaves and in the mud. Suddenly, he burst into tears. He had never been allowed to play like this before, he said.

Hearing the story, Chang, who loved nature but had chosen a career as a civil servant for the stability, also burst into tears. “That boy is like me. I love the mountains, but because of restrictions imposed by my family or those that I put on myself, I’ve never been really free to do what I want.”

Now, Chang, 28, has moved to Taitung, where she spends as much time as possible with the Lalaulan, whom she considers family. Here, she finally feels like she belongs. “Going into the mountains feels like going home,” she says.

The Washington Post’s Pei-Lin Wu in Taipei contributed to this report.