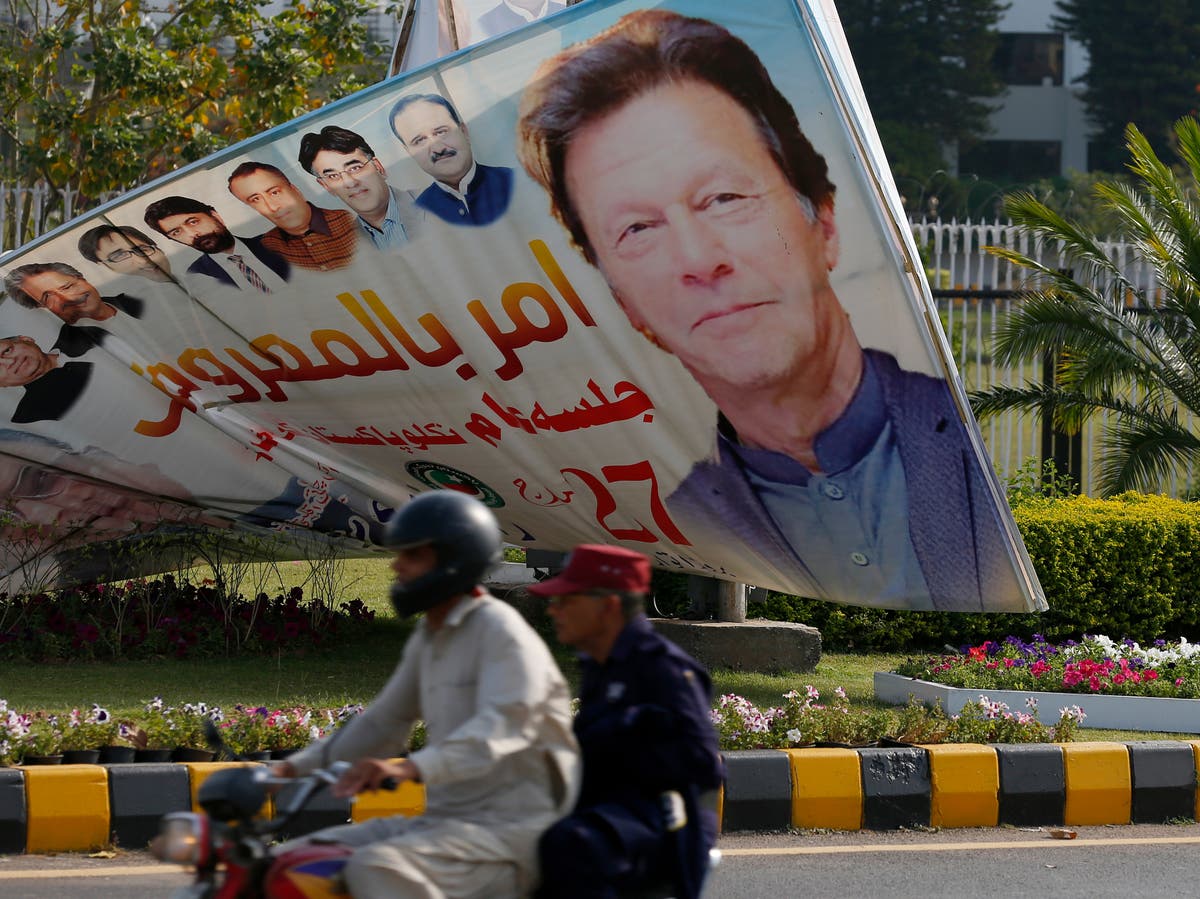 Pakistan’s embattled prime minister Imran Khan is facing removal from office again as a no-confidence vote, which he previously dodged, is set to be tabled on Saturday.

Amid heavy security cover with riot police and paramilitary troops surrounding the court building, the Supreme Court on Thursday overturned Mr Khan’s decision to dissolve the parliament and declared his blocking of the no-confidence vote unconstitutional.

The unanimous ruling by a bench of five judges declared that Mr Khan’s attempt to stop the vote to declare fresh elections and dissolve the parliament was “contrary to the constitution and the law”.

The ruling was labelled as a “judicial coup” by Mr Khan’s minister of human rights Shireen Mazari as the prime minister’s cabinet rallied behind him to fight back.

“A judicial coup happened last night down to ordering how and even at what time NA session must be held, ending parliamentary supremacy!” she said.

She doubled down on Mr Khan’s allegations of the US “attempting a regime change” in Islamabad. Washington has denied the allegations.

Mr Khan, a former international cricket player, has shown defiance, vowing to fight till the back in cricketing terms: “My message to our nation is I have always and will continue to fight for (Pakistan) till the last ball.”

The prime minister is set to address the nation for the second time in almost a week’s time, before chairing an urgent cabinet meeting.

The National Assembly is scheduled to meet on Saturday morning “not later than 10:30am”, as directed by the court, where a no-confidence vote to oust him will be tabled.

It would be the second attempt to begin voting since last Sunday when deputy speaker Qasim Suri dismissed the no-confidence motion. The ruling was signed by speaker Asad Qaiser who called a snap election on the direction of Mr Khan in his bid to cling to power.

The move created a constitutional crisis in the country as the opposition called it “treason” and undemocratic, challenging the legality in court.

On Friday, interior minister Sheikh Rashid said he had told Mr Khan that “mass resignations” were the “last option” left for the government, reported Dawn newspaper.

“A wave of disappointment has taken over the nation after the decision,” he told reporters in Islamabad.

“But if someone believes that we are laying down our weapons, have no [misconceptions]. We will fight till our last breath against these thugs, robbers and looters,” he added, referring to the opposition.

Mr Khan would become the first prime minister in the history of the country to be ousted by a no-confidence vote if the motion is tabled and the majority votes against him. This would be in line with Pakistan’s history of having no prime who has survived the full term.

He would have to step down if 172 members of the 342-member house votes against him. His ruling Tehreek-e-Insaf (PTI) party has already lost the majority in parliament after political parties broke coalition and his members deserted ranks.

This comes as the nuclear-armed country of 220 million people reels under economic stability, with the Pakistani rupee currency hitting all-time lows on Thursday and foreign exchange reserves tumbling. The political instability now risks the delay of the release of loan instalment from the International Monetary Fund to the country.