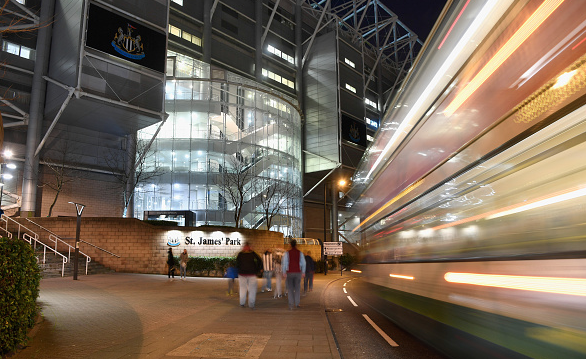 Over the course of the January transfer, reports in France made it clear that Newcastle United were looking in France for reinforcements.

They signed Bruno Guimarães from Lyon, while they also tried their best to convince Hugo Ekitike to join, only to fail at the last hurdle.

With more work to be done in the summer on Eddie Howe’s squad, it certainly wouldn’t be a surprise to see Newcastle return to Ligue 1 for talent, where good players can be bought for relatively cheap fees, at least by Premier League standards.

That’s where France U20 international Gerzino Nyamsi comes in, as the centre-back, currently at Strasbourg, is a target for the St James’ Park side.

RMC Sport are the ones reporting it, explaining the 25-year-old could spend just the one year with the Alsatian side after joining them from Rennes in the summer.

His performances have caught the eye of more than one club around Europe, with Napoli giving it a go in January, but is now ‘in the sights’ of Newcastle.

The outlet add the defender is ‘followed closely by scouts from several Premier League sides’, and they’ve been impressed by the fact he’s near the top in many areas defensively, such as aerial duels won, tackles won and his ability to bring the ball forward.

Newcastle are seemingly one of those clubs, and it’s one we’ll be monitoring going forward.