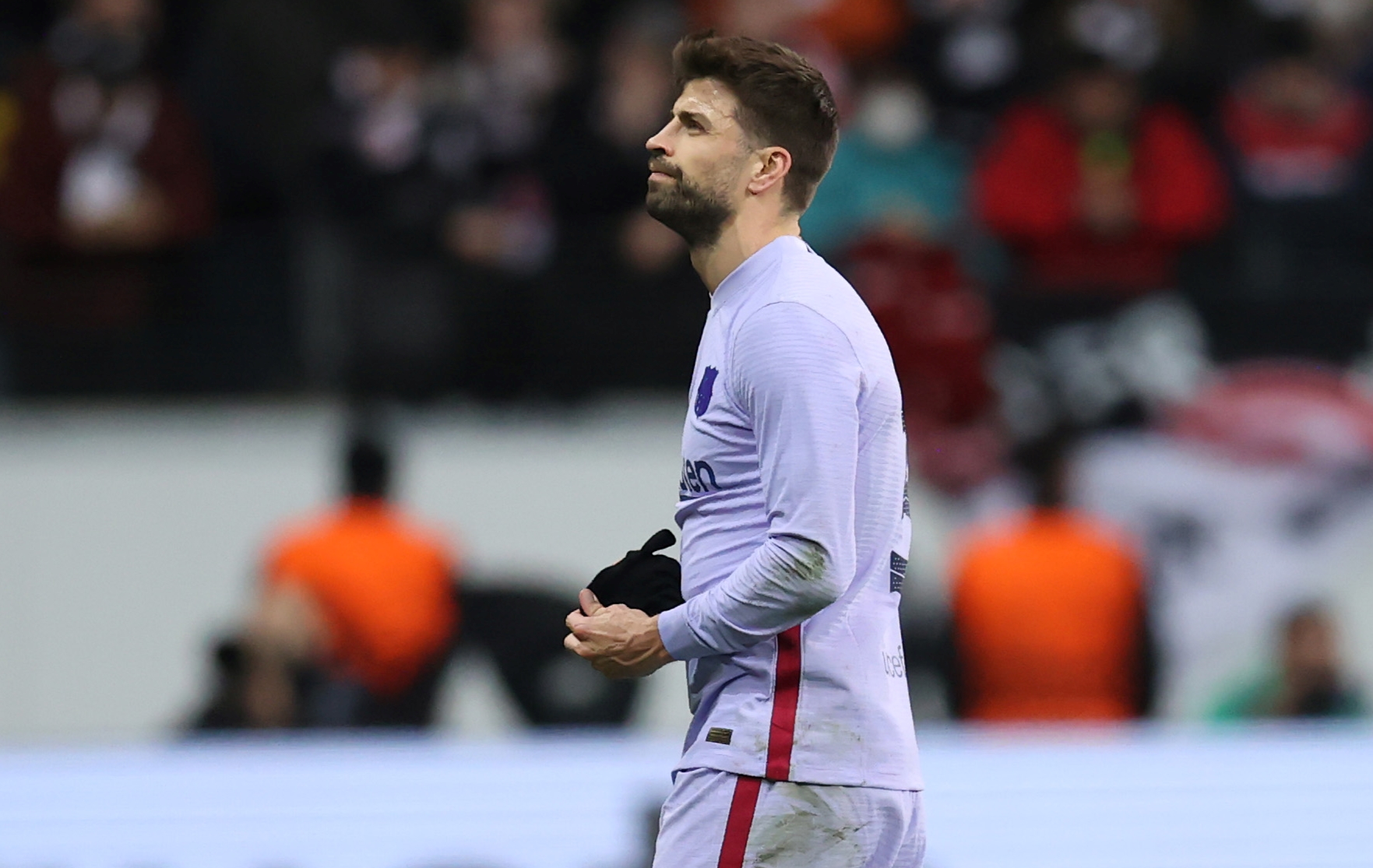 Barcelona will be without veteran defender Gerard Pique for their weekend La Liga trip to Levante.

The former Spanish international was forced off after just 23 minutes as Xavi’s side drew 1-1 away at Eintracht Frankfurt in midweek Europa League action.

The 35-year-old has played a regular role at the heart of the La Blaugrana back line once again this season, with 25 league appearances, but he will miss out at the Estadio Ciudad de Valencia.

Clement Lenglet replaced Pique in Germany and the French centre back is expected to replace him from the off on Sunday night.

Xavi is expected to rotate other areas of his teams, as he aims to balance his squad for league and European action in the coming weeks, with possible starting returns for key pair Dani Alves and Frenkie de Jong.