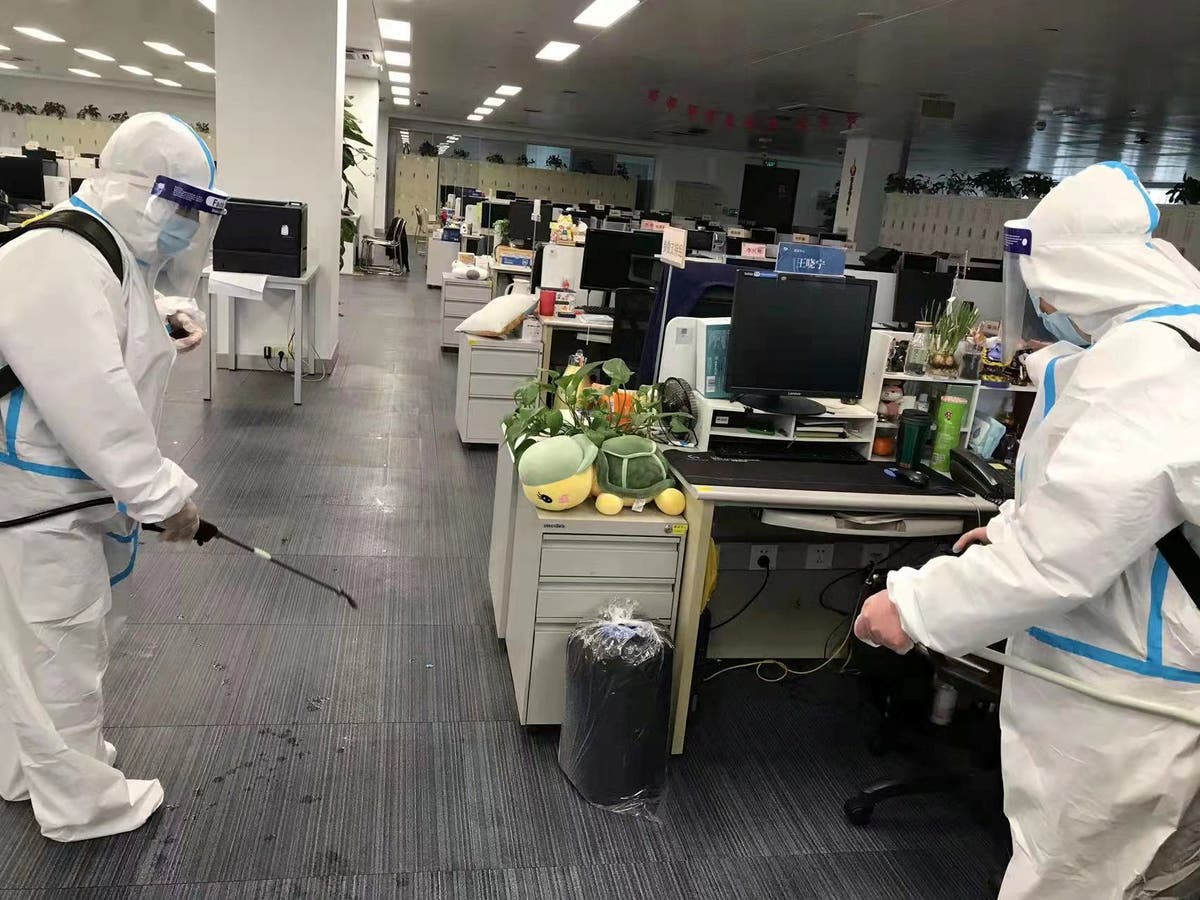 Authorities in China are facing severe criticism after a video emerged of a pet corgi being beaten to death by a healthcare worker in the locked-down city of Shanghai.

The video, which went viral on Chinese social media on Wednesday, shows the animal being hit three times with a spade by a Covid prevention worker dressed in a PPE kit at a residential compound in the Pudong district.

The corgi was given chase and struck down, after which it lay on the ground motionless. The animal’s cries could be clearly heard in the video, shot by a resident from a nearby building.

The dog’s owners were being taken to a quarantine centre in a bus when the dog ran after it. The corgi was released onto the streets by the owners due to fears that it could starve to death as they were unable to find a foster family.

“In the end, I thought I could let [the pet] loose outside to become a stray, at least it wouldn’t starve to death,” the owner wrote in an online group, according to local media. He added that the family had run out of dog food at home.

“I am heartbroken to see that the corgi was chasing its owner but then got beaten to death,” wrote a user on Chinese social media platform Baidu, reported the South China Morning Post newspaper.

Local authorities said the dog was killed over fears that it could spread Covid.

The US Centres for Disease Control has maintained that the chance of pets spreading Covid to people is low.

“At that time, the workers did not consider very comprehensively. We will communicate with the owner and offer compensation later,” the neighbourhood committee said in response to the killing, according to state-run media China News Weekly.

“What use is compensation? That is a life,” said a post in Weibo, according to CNN. “Pets are family too,” wrote another user.

In another cruel incident involving animal abuse in China last year, a pet dog was beaten and killed by Covid healthcare workers inside the apartment of a woman who was in quarantine at a hotel. Security cameras inside her apartment had captured the workers killing her dog with iron bars, prompting widespread outrage.

Shanghai’s 26 million people have been on the edge for more than two weeks as the country battles the worst surge of Covid infections since the onset of the pandemic.

The strict lockdown in Shanghai under China’s zero-Covid policy has led to a shortage of food and limited facilities at makeshift isolation sites, fuelling anger among locals.

The financial hub on Friday reported a record 21,000 new cases and announced a third consecutive day of Covid testing.

Wu Zunyou, the chief epidemiologist at China’s Centre for Disease Control and Prevention, said on the agency’s Weibo account on Thursday that action taken in Shanghai had to be “thunderous” to cut off the chain of transmission.

If the lockdown continues throughout April, Shanghai would suffer a 6 per cent loss in gross domestic product (GDP), amounting to a 2 per cent GDP loss for China collectively, Iris Pang, ING chief economist for greater China has warned.

Officials have not announced when they would lift the lockdown restrictions.