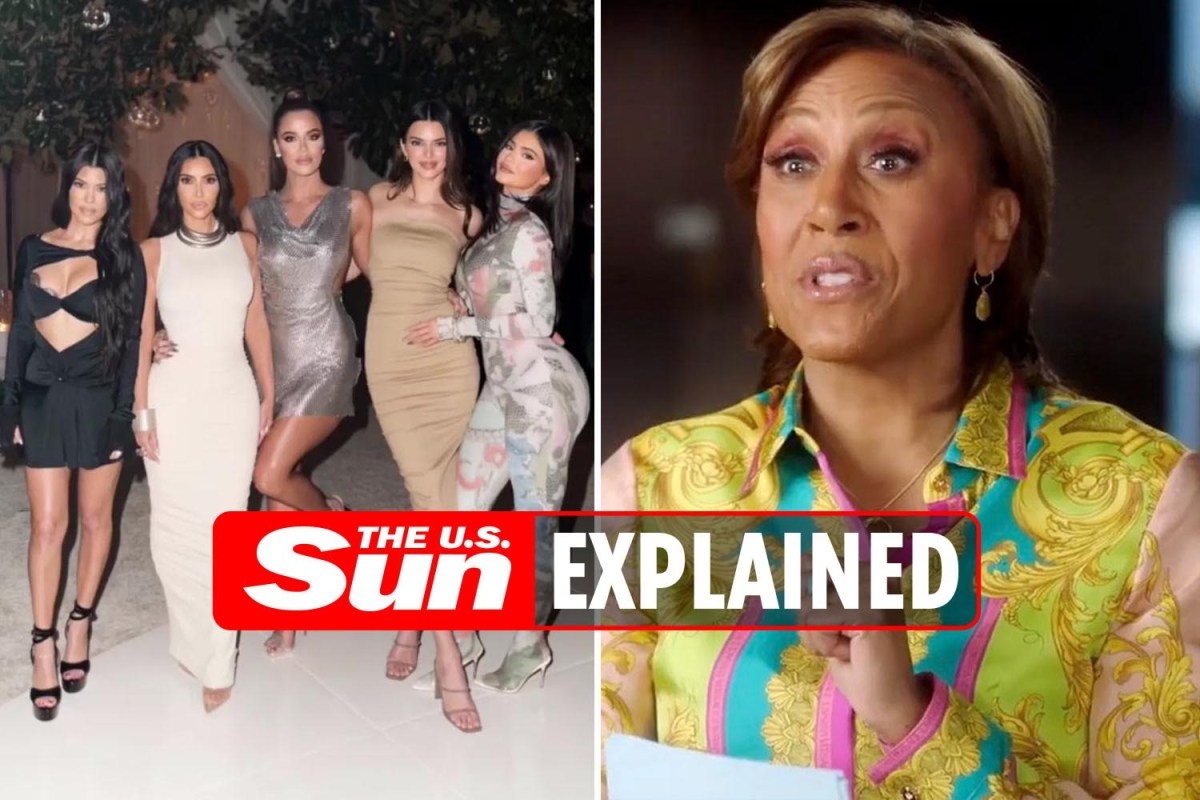 AHEAD of their new Hulu series, the Kardashian ladies sat down with Robin Roberts for an interview, which aired on April 6, 2022.

They faced questions from the Good Morning America host about their relationships, their businesses, and more.

What did the Kardashians say during their ABC interview?

Questions for Kim touched upon what it’s like going through a high-profile divorce, what co-parenting with Kanye is like, and whether Pete Davidson will appear in the new show.

During a clip, Kim gushed about her new man, saying that she is “at peace” with Pete, adding that they are in a “very happy” relationship.

Kourtney is asked about how her relationship with Travis Barker transformed from friendship to marriage.

All eyes then turn to Khloe who is asked about where things stand with her ex, Tristan Thompson, who is the father of her three-year-old daughter True.

Khloe also told Roberts that she “loves” her new nose since she got a nose job.

She also commented on her body image in comparison to her sisters.

“I never felt like the pretty sister and I’ve always had a love/hate relationship with fashion because at my heaviest, I was a size 12/14 which is a no-no in most stores.”

Kim also addressed the comment when she told women in business to “get your f**king a** up and work” during an interview with Variety.

more from the kardashians

Kim told Roberts: “It wasn’t a blanket statement towards women or to feel like I don’t respect the work or think that they don’t work hard. I know that they do.

“It was taken out of context, but I’m really sorry if it was received that way.”

While Kylie and Kendall don’t appear in the interview, they will be featured in the new Hulu series.

When did the Kardashian ABC interview premiere?

The special interview aired at 8pm on April 6, 2022, on ABC, viewers will also be able to watch it on Hulu starting April 7.

The intimate interview features the famous family, each one-on-one with Robin Roberts, answering questions about their personal lives and what to expect in their new show.

Kim, Kourtney, Khloe, and Kris all take turns in the hot seat, and a trailer for the interview shows them reacting to questions asked by Roberts.

When does The Kardashians air on Hulu?

The first episode of The Kardashians is set to launch on the streaming service on April 14, 2022, with a new episode being released every Thursday.

A trailer for the first episode shows Kourtney’s engagement and Kim preparing for her time on Saturday Night Live.

A synopsis for the show from Hulu reads: “The family you know and love is here with a brand new series, giving an all access pass into their lives. Kris, Kourtney, Kim, Khloé, Kendall and Kylie bring the cameras back to give truth to their stories.”

It continues: “From the intense pressures of running billion-dollar businesses to the hilarious joys of playtime and school drop-offs, this series brings viewers into the fold with a rivetingly honest story of love & life in the spotlight.”