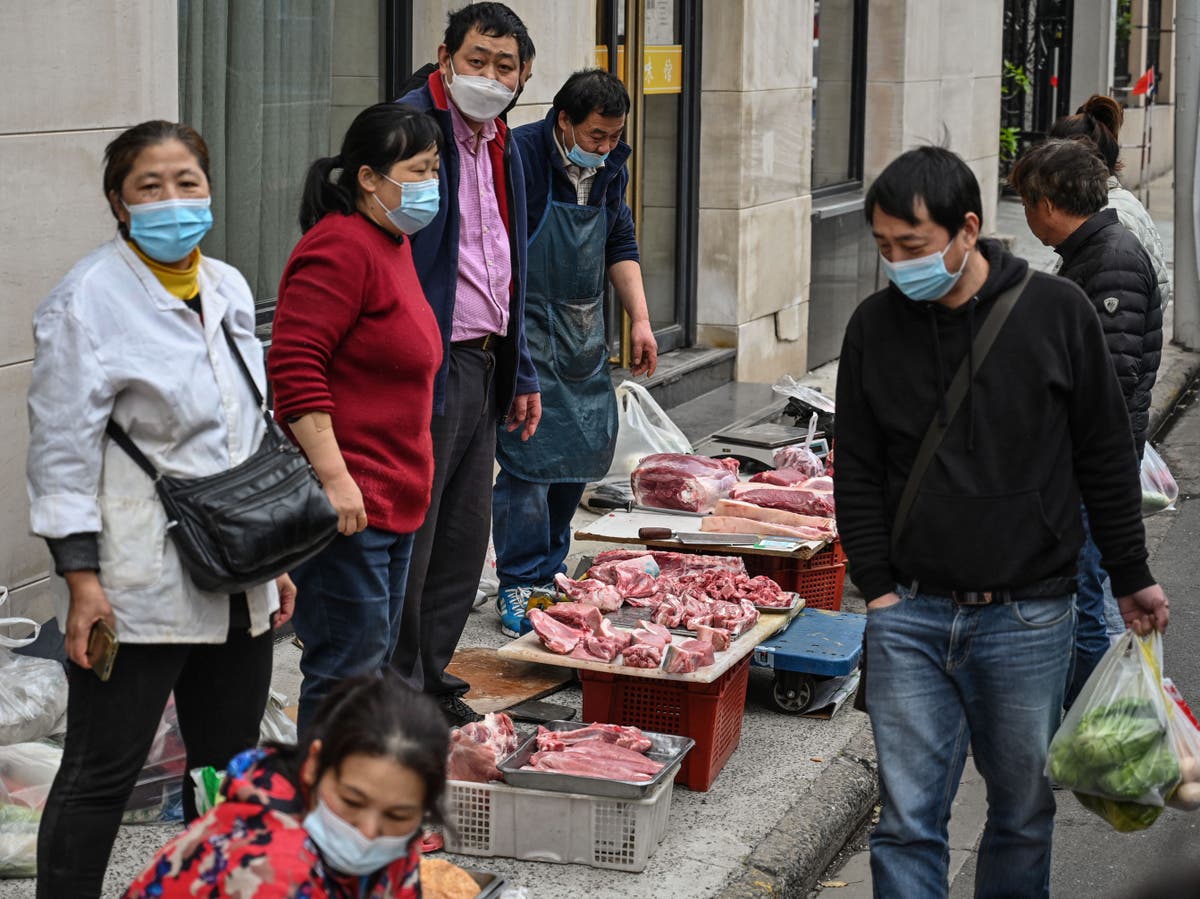 Residents in Shanghai are struggling to access food during the coronavirus lockdown currently confining most of the city’s 25 million inhabitants to their homes.

Now food delivery firms are suffering from staff shortages which appear to be plaguing multiple sectors, with the city’s port estimated to have seen a huge drop in the volume of cargo handled and some factories and financial firms asking employees to sleep at work to keep their operations running.

As a result, residents in China’s financial capital are going hungry.

And with no end in sight to the shortages – or the strict containment measures, which have seen infected children separated from their parents and non-Covid patients denied vital medical care – anxiety is rising in the city.

The situation represents an embarrassment for the ruling Communist Party in a politically sensitive year, during which Xi Jinping is expected to try to break with tradition and award himself an unprecedented third term as president.

While officials apologised last week and promised to increase supplies, they insist that Shanghai, home of the world’s busiest port and China’s main stock exchange, has enough food. But deputy mayor Chen Tong acknowledged on Thursday that getting it the “last 100 meters” to households was a challenge.

“Shanghai’s battle against the epidemic has reached the most critical moment,” Mr Chen said at a press conference, according to state media, adding that officials “must go all out to get living supplies to the city’s 25 million people”.

While some people have received food packages from the government, these appear to often be meagre.

A resident of Shanghai’s Minhang district who asked to be identified only by her surname, Chen, said her household of five was given government food packages on 30 March and 4 April, which included chicken, aubergine, carrots, broccoli and potatoes.

But with meat, fish and eggs all hard to find online, Ms Chen has resorted to joining a neighbourhood “buying club”.

Minimum orders are 3,000 yuan (£360), “so you need other people”, Ms Chen told the Associated Press, adding: “Everyone is organising to order food, because we can’t count on the government to send it to us. They’re not reliable.”

Zhang Yu, a 33-year-old living in a household of eight – which has received no government supplies – starts shopping online at 7am.

“We read on the news there is [food], but we just can’t buy it,” she said. “As soon as you go to the grocery shopping app, it says today’s orders are filled.”

Speaking at the same press conference as the city’s deputy mayor, a vice president at China’s biggest food delivery platform, Meituan, blamed a shortage of staff and vehicles.

But authorities have faced calls to do more.

A message from a resident viewing an online press conference recently held by the city’s health bureau urged officials: “Put down the script! Please tell leaders to buy vegetables by mobile phone on the spot.”

And in a possible protest this week, residents of a Shanghai apartment complex stood on their balconies to sing, prompting a drone to appear overhead broadcasting the message: “Control the soul’s desire for freedom and do not open the window to sing. This behaviour has the risk of spreading the epidemic.”

The government has said it is trying to reduce the impact of its tactics, but authorities still are enforcing curbs that also block access to the industrial cities of Changchun and Jilin in the northeast.

And while the Shanghai port’s managers say operations are normal, the chair of the city’s chapter of the European Chamber of Commerce in China, Bettina Schoen-Behanzin, said its member companies estimate the volume of cargo handled has fallen 40 per cent.

Meanwhile, the number of new daily Covid-19 infections reported in Shanghai hit an all-time high this week, exceeding 13,000 on Monday, and rising to nearly 20,000 on Thursday. Only 329 of those announced on Thursday were symptomatic.

The situation has prompted doubts – and rare criticism – regarding China’s “zero-Covid” strategy, which aims to isolate every infection.

In Shanghai, “many people have a good understanding of the disease and of the virus, and also of what is happening in other places”, Dr Jin Dongyan, a virologist at the University of Hong Kong, told the New York Times.

“They just don’t feel that this is going to work.”

But support for the zero-Covid strategy is reported to remain high across much of China, and the Communist Party appears to have embraced rhetoric over the need for drastic measures in Shanghai, which had often previously been spared blanket measures due to its economic importance.

On an official visit to Shanghai on Saturday, Chinese vice premier Sun Chunlan was reported by the Xinhua news agency as stressing the importance of “unswerving adherence to the dynamic zero-Covid approach”.