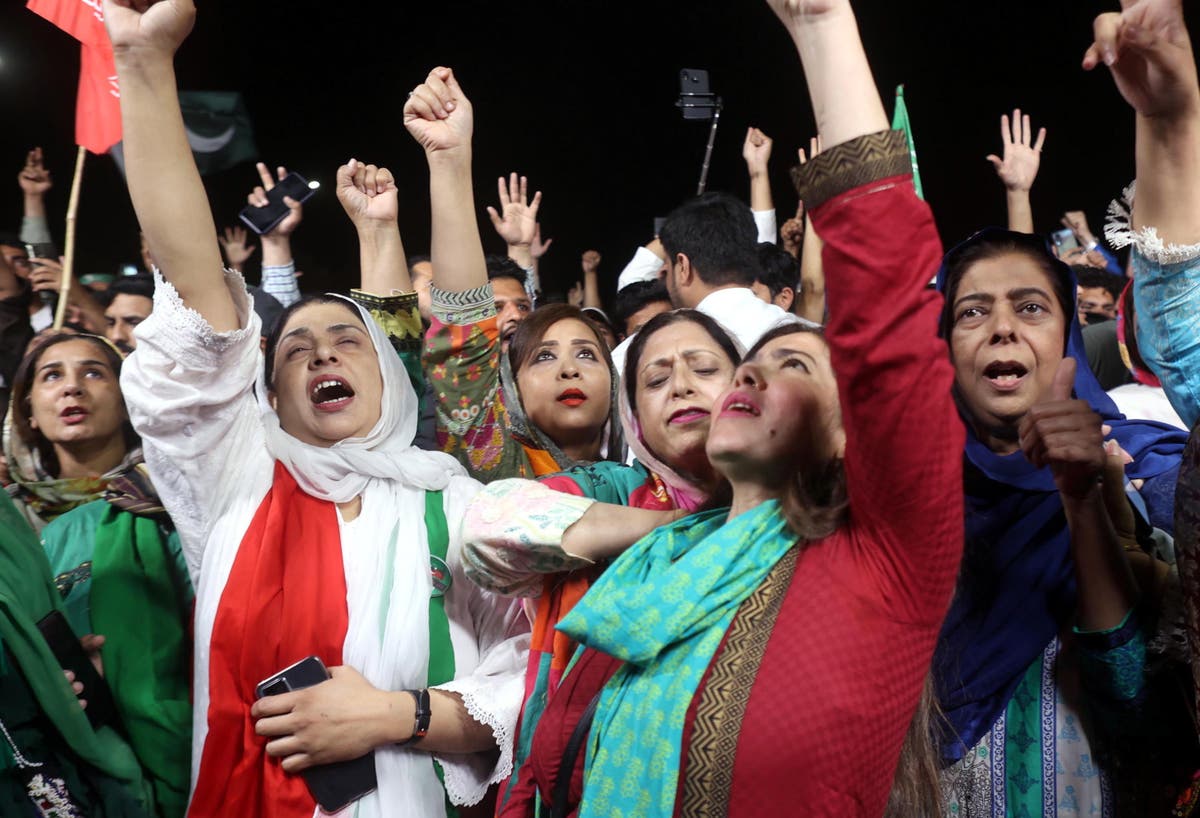 Pakistan’s top court has ruled that the blocking of a no-confidence vote to oust prime minister Imran Khan and the ensuing dissolution of parliament was unconstitutional.

The Supreme Court also ordered that the country’s parliament be reconvened on 9 April in order to proceed with the vote that Mr Khan had tried to sidestep.

The opposition has said it has 172 votes in the 340-seat house to oust Mr Khan, after several members of his own party and a key coalition partner defected.

Islamabad is amidst a major political upheaval as 200 member opposition parties have united and tabled the no-confidence vote to topple Mr Khan’s government, facing anger over allegations of economic mismanagement and bungled foreign policy.

The cricketer-turned-politician, Mr Khan lost the majority required to remain in power before the motion was tabled and was widely expected to be removed from power.

However, in a sudden twist of events during parliamentary proceedings on Sunday, the deputy speaker of parliament, a member of Mr Khan’s Pakistan Tehreek-i-Insaf party, blocked a no-confidence motion and president Arif Alvi dissolved the parliament.

Mr Khan announced a fresh election to be held in the country, sparking anger among the opposition, who staged a protest and accused Mr Khan of treason” and a “coup”.

Mr Khan has justified his move to dissolve the parliament, alleging the opposition has colluded with foreign power and has repeatedly alleged “foreign conspiracy” led by the west to oust him. Washington has declined the involvement.

“There is absolutely no truth to the allegations. As you heard from me last week, we support the peaceful upholding of constitutional democratic principles. That is the case in Pakistan; it is the case around the world,” Ned Price, spokesman for the US Department of State, said in a briefing.

Amid drawn-out legal proceedings that created a power vacuum, Pakistan’s president, an ally of Mr Khan sent a letter to the prime minister and leader of the opposition in the National Assembly, Shehbaz Sharif, to submit the names of a caretaker prime minister who would lead the country till elections are conducted.

Mr Shehbaz on Tuesday said he has not received the letter from the president, reported Dawn, after previously refusing to take part in the process and termed it “illegal”.

The standoff has thrown the country of 220 million in chaos after its history of the military taking power for extended periods since independence in 1947.

Meanwhile, Russia’s foreign ministry slammed the US for “shameless interference” in the internal affairs of Pakistan as Moscow remains embroiled in war on its eastern flank.

“Immediately after the announcement of the working visit of Imran Khan to Moscow on February 23-24 this year, the Americans and their Western associates began to exert rude pressure on the prime minister, demanding an ultimatum to cancel the trip,” Russian foreign ministry spokeswoman Maria Zakharova said in a statement on Facebook,