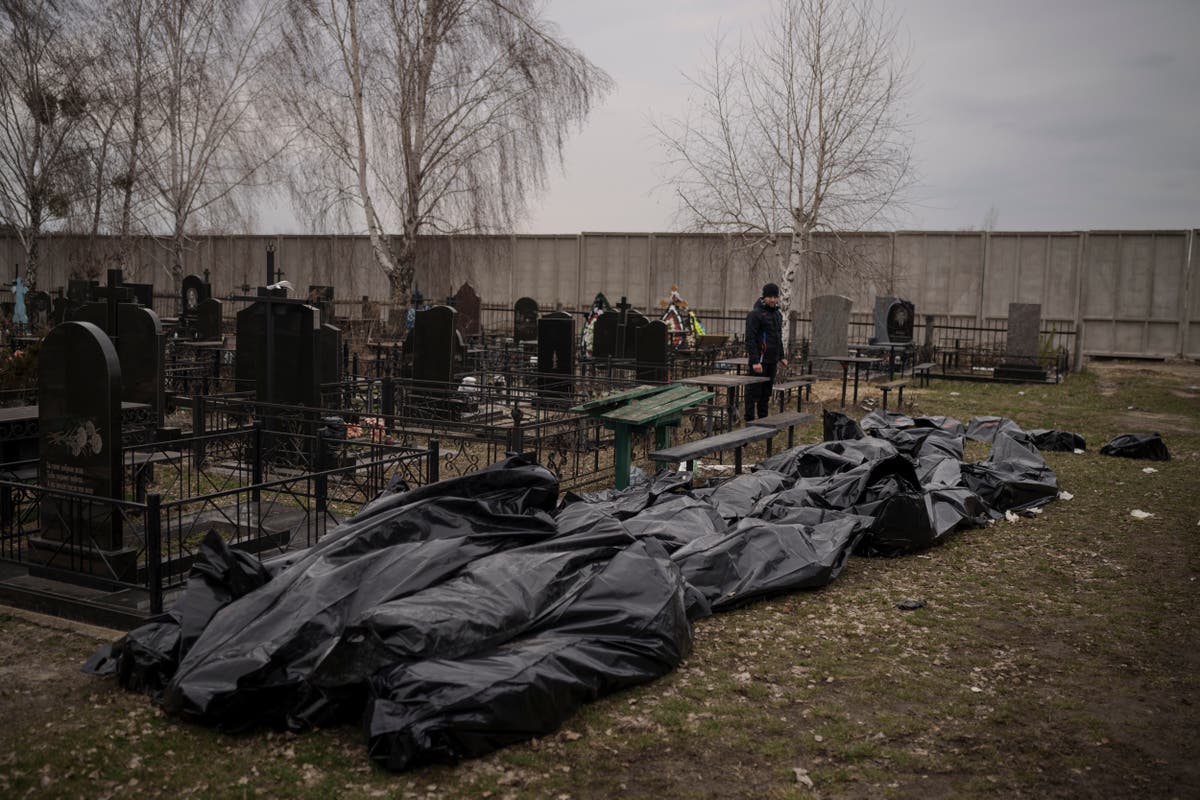 India has, without naming Russia, “unequivocally condemned” mass killings in Ukraine’s Bucha and has backed a call for an independent investigation into the “deeply disturbing” reports.

New Delhi has so far opted to abstain from voting on UN General Assembly resolutions condemning Russia’s invasion of Ukraine.

According to Ukrainian authorities, between 150 and 300 bodies may be in a mass grave by a church in the town of Bucha, where Russian troops have been accused of killing civilians in cold blood.

The claims, however, have been denied by the Kremlin, which has called the images of the dead bodies in Bucha a “monstrous forgery” by the west to taint Moscow.

“Recent reports of civilian killings in Bucha are deeply disturbing,” TS Tirumurti, India’s permanent representative to the UN, said at a meeting of the Security Council on Tuesday.

“We unequivocally condemn these killings and support the call for an independent investigation,” Mr Tirumurthi added.

He delivered his speech shortly after US secretary of state Antony Blinken had a phone conversation with India’s foreign minister S Jaishankar. India, which has a history of following a non-aligned foreign policy, has been under pressure from the west to publicly condemn Russia’s aggression.

US president Joe Biden in March said only India among the Quad grouping of countries was “somewhat shaky” in acting against Russia, while the White House press secretary asked New Delhi to “think about where you want to stand when the history books are written in this moment in time”.

Although New Delhi has repeatedly called for an end to violence in Ukraine, it has walked a thin line in balancing its ties with Moscow.

The country has come under fire for importing Russian oil at a cheaper rate amid sanctions and efforts by the European nations to cut down their reliance on Moscow.

India’s finance minister Nirmala Sitharaman on Friday said New Delhi would continue to purchase crude from Russia as its people needed oil at a discount following record surges in prices in the country.

India also heavily relies on Russia for military hardware. US defence secretary Lloyd Austin said on Tuesday that it expects India to scale down its dependency on Russian military equipment.

“We continue to work with them to ensure that they understand that it’s not in their best interest to continue to invest in Russian equipment,” Mr Austin told the members of the house armed services committee.

Meanwhile, the US and its allies are preparing to impose new sanctions on Moscow over civilian killings in Bucha.

The Independent has a proud history of campaigning for the rights of the most vulnerable, and we first ran our Refugees Welcome campaign during the war in Syria in 2015. Now, as we renew our campaign and launch this petition in the wake of the unfolding Ukrainian crisis, we are calling on the government to go further and faster to ensure help is delivered. To find out more about our Refugees Welcome campaign, click here.