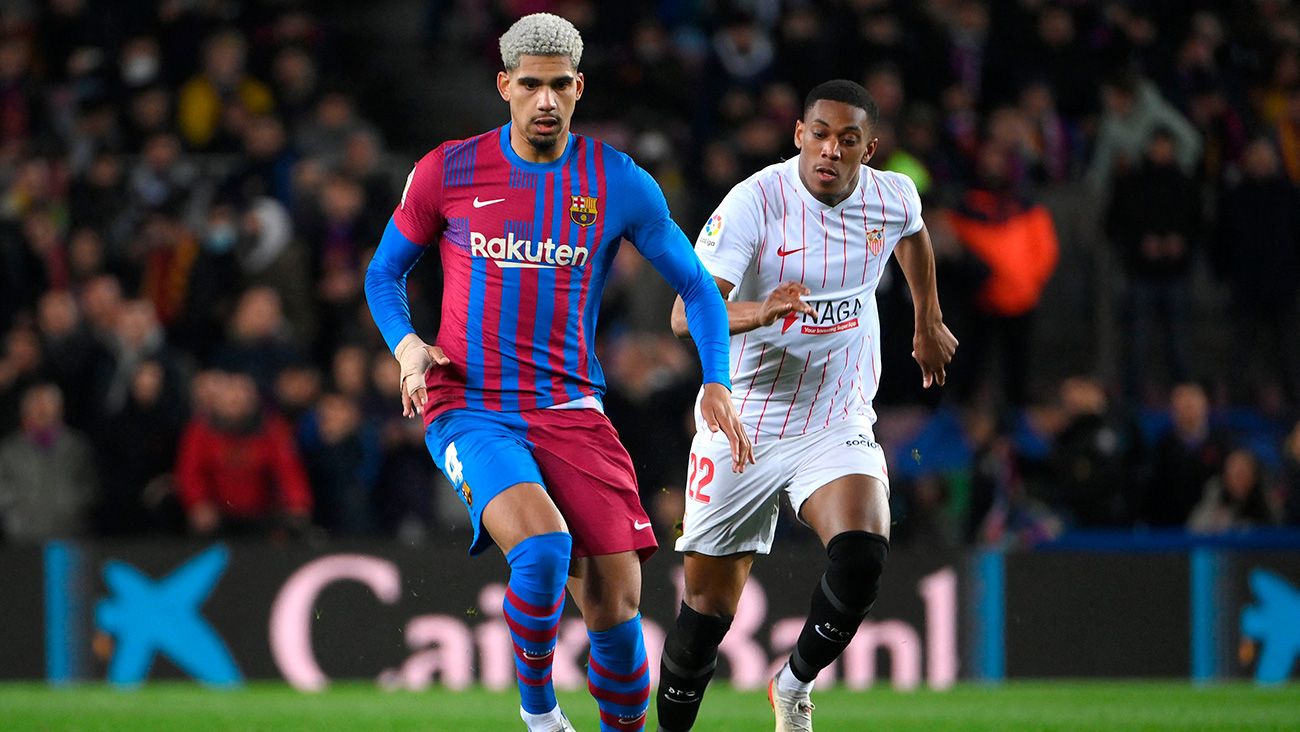 Barcelona may have put themselves in a corner again following the principle agreement with Ronald Araujo.

The centre-back hasn’t put pen-to-paper just yet, but it’s understood Barca and the Uruguayan have agreed a deal in principle.

The contract is expected to run until 2026, adding three years to Araujo’s existing deal.

But while the agreement is great news for Xavi Hernandez and Barca, given Araujo is key to defensive plans, it’s not such great news for the club’s accountants.

With Barca also agreeing terms, in principle, with Chelsea star Andreas Christensen ahead of a free transfer, the Blaugrana don’t have much salary space available.

In fact, Sport say there is no longer room for Samuel Umtiti, Clement Lenglet and Oscar Mingueza.

Of course, any three names could have been chosen, but those three players find themselves at the bottom of the depth chart currently.

That could mean Barca need to offload those players this summer, or they could seek to restructure players’ contracts.

That won’t be possible with Umtiti, though, with the Frenchman already having restructured his deal once.

There is also the factor of the club’s salary limit being raised ahead of next season amid a large Spotify sponsorship deal and the restructuring of long-term debt.

But with new signings likely over the summer, Barca know they are going to need to shift bodies ahead of next season.