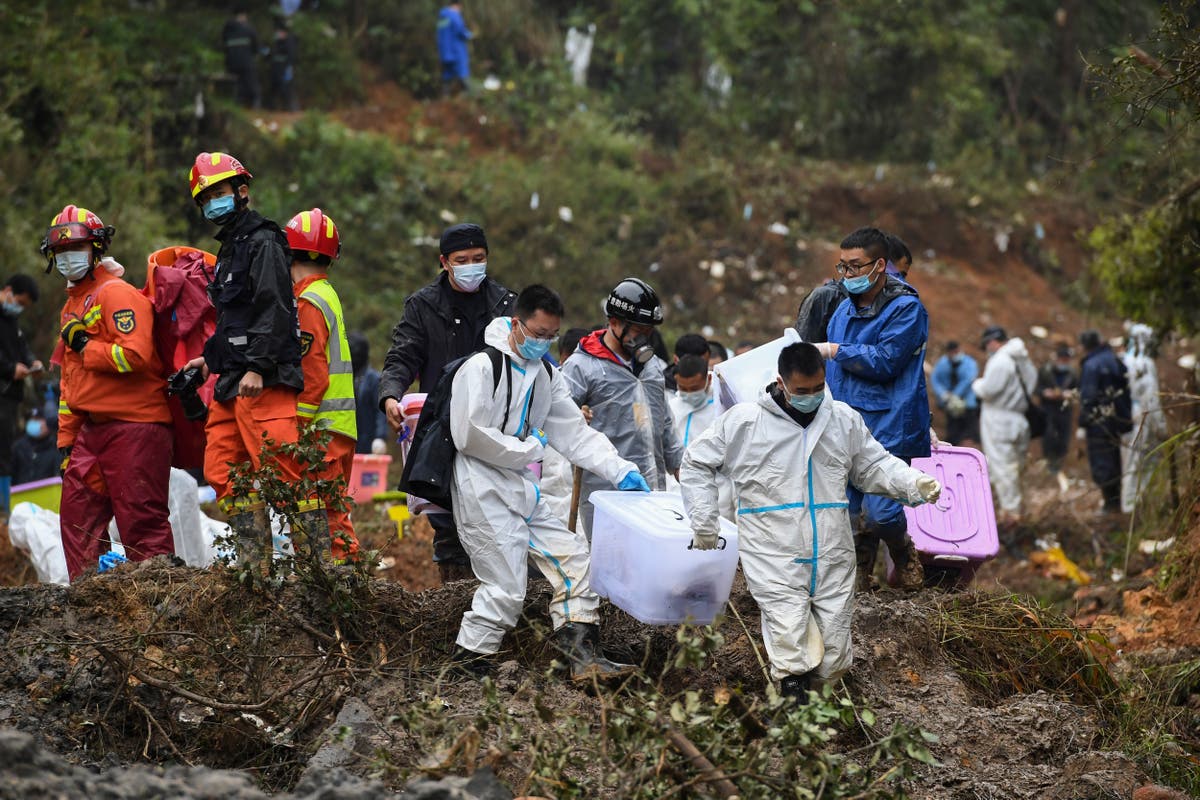 Chinese emergency workers have found no survivors from Monday’s plane crash and not recovered the second black box from the crash site, officials said.

The search operation entered the fifth day on Saturday as emergency workers on the ground continued scouring the forest-clad mountains in search of nine aircrew members and 123 passengers who were on board Flight MU5735 which crashed on Monday.

The Boeing 737 plane operated by China Eastern Airlines nosedived into a terraced field in China’s southern Guangxi region while en route Guangzhou province, in what is believed to be China’s worst air disaster in nearly three decades.

The search teams discovered engine parts from the plane’s ruins on Thursday as well human remains a day before scanning a total 46,000sq metres.

The first recovered black box found was believed to be the cockpit voice recorder and was sent to Beijing for further investigation into the causes of the crash.

However, the second black box that the teams have had no success finding, contains the flight data recorder and could be more crucial in understanding what went wrong with the flight.

It could be weeks before analysts reach a conclusion on what transpired on Monday. The investigation is being led by China but the United States was invited to take part because the Boeing 737 was designed and manufactured there.