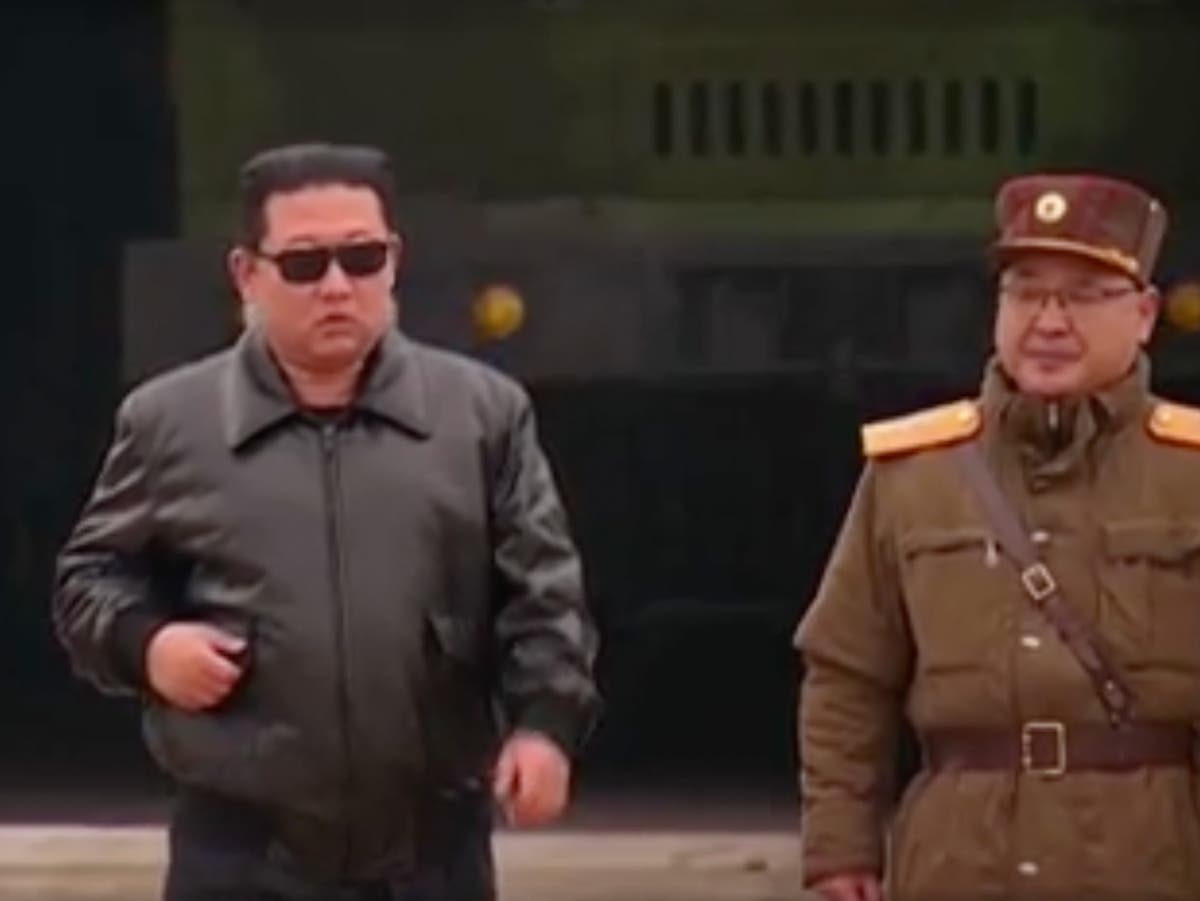 Kim Jong-un oversaw the test-firing of North Korea’s biggest intercontinental ballistic missile on Friday, announced via the release of a bizarre Hollywood-style video.

In what could be mistaken for a scene out of the 1986 film Top Gun, Mr Kim strode out of a military-style building clad in a black leather jacket and sunglasses, with two army officers on either side.

After starring at his watch for a few seconds – echoed by one of his military officials – Mr Kim personally gave the green light for the missile to be launched, at which point the clip ended.

State media said afterwards that the launch of the missile, named the Hwasong-17, was directly guided by the North Korean leader.

It added the country would continue to develop a “nuclear war deterrent” while it prepares for a “long-standing confrontation” with the US.

First unveiled in October 2020, the Hwasong-17 is reportedly the biggest in North Korea to date and marks an end to a self-imposed ban on long-range testing, which has been in place since 2017.

The missile is said to have flown for 677 miles (1,090km) to a maximum altitude of 3,882 miles (6,248km) and hit a target in the sea between North Korea and Japan, according to the Korean Central News Agency (KCNA).

It had never previously been successfully test-fired, and the launch – carried out at Pyongyang International Airport – prompted immediate outrage from the country’s neighbours and the US.

Joe Biden, the US president, and Japanese prime minister Fumio Kishida earlier condemned the move during a meeting of G7 and European leaders in Brussels. They stressed the need for diplomacy and agreed to work together to hold Pyongyang – North Korea’s capital city – “accountable”, a White House official said.

The rocket could reach targets 9,320 miles (15,000km) away when fired on a normal trajectory, which would place mainland US within striking distance – along with most of the world.