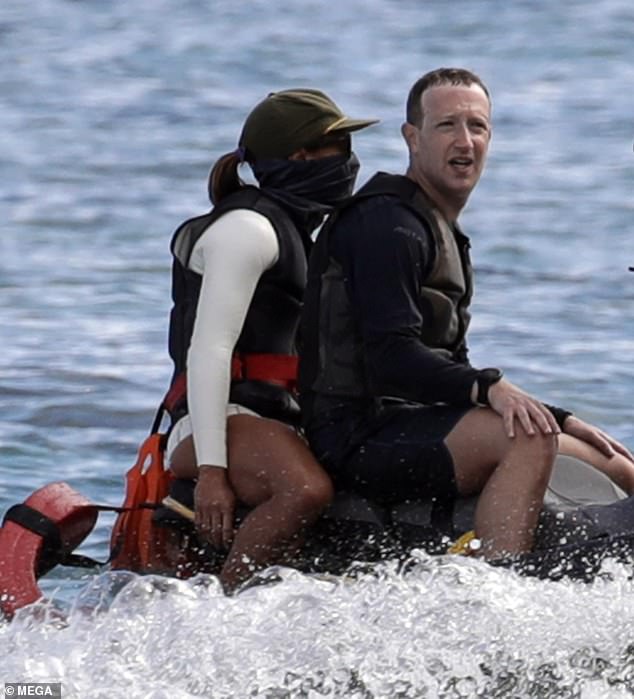 Facebook parent company Meta‘s top executives are set to snub their firm’s return to the office and instead work remotely from an array of very exotic locales.

Founder Mark Zuckerberg will spend half his year in Hawaii, with other executives enjoying remote work from Cape Cod, New York, Israel, Madrid, NYC and the UK.

Meta is set to welcome some of its 60,000 staff to return to its Menlo Park HQ in California from March 28, with the same rule applied to its other US offices.

But a mandatory return is only expected of staff who work on hardware devices, or the company’s data infrastructure. Others across all levels of the firm can work remotely for some, or all, of the time, and only return to the luxurious HQ if they so desire.

Among those taking full advantage is Zuckerberg.

He will split his year evenly between his $53 million compound in Hawaii and $37 million five-house estate in Palo Alto, the Wall Street Journal reported.

‘The past few years have brought new possibilities around the ways we connect and work,’ A Facebook spokesperson said. ‘We believe that how people work is far more important than where they work from.’

The other half will be spent at Meta’s headquarters in Menlo Park, California, where the company has allowed employees to apply for their own work-from-home options

According to a company spokesperson, Meta’s Head of Product, Naomi Gleit, has relocated to New York while Chief Marketing Officer Alex Schultz plans to move to the U.K.

Javier Olivan, the company’s chief growth officer, will be spending more time abroad in his home country of Spain as he works to add 2,000 new staff members to the company’s office in Madrid over the next five years, the spokesperson added.

While, Adam Mosseri, the head of Instagram, has no plans to permanently relocate, he has been travelling and working remotely from Hawaii, Los Angeles and Cape Cod, WSJ reported.

While, Adam Mosseri (pictured), the head of Instagram, has no plans to move, he has been travelling and working remotely from Hawaii, Los Angeles and Cape Cod

The fact that the heads are working all around the world indifferent time zones struck many as odd given that the company faces sinking stock prices that have gone down more than 32 per cent during the latest quarterly report in February.

David Heger, an analyst at Edward Jones, said the company needed to buckle down, not let loose.

‘Considering the juncture that the company’s at right at the moment, it may not be the ideal time to be experimenting with your top managers working remotely,’ he told WSJ.

Last year, Facebook championed the work-from-home lifestyle amid the pandemic and, with Zuckerberg pitching his new Metaverse virtual reality as an alternative to working at a physical office.

It allowed employees to apply to work from home if their positions allowed it, and while workers are expected to return to their offices on March 28, the company has embraced a hybrid model where employees can freely choose to work from home.

Fellow tech giants Google and Twitter are also allowing employees to work from home at least two days out of the weekday after their offices opened up earlier this month.

Harvard Business School professor Bill George said he was wary about a permanent work-from-home model and said it would cut into the productivity of workers and executives meant to leading billion dollar companies.

‘I’ve been to Hawaii, and I can tell you, you don’t get a lot of work done over there,’ . George told WSJ.

The hesitation to return to work in Silicon Valley comes as the San Francisco Bay Area continues to be plagued by rampant crime.

Larceny has seen a dramatic uptick in San Francisco, with police reporting 6,216 cases so far this year, a more than 26 per cent rise since the same period last year.

Homicides remain around the same with at nine cases reported so far this year, one more than the same time last year, and robberies have seen a 9.5 per cent drop, with about 474 cases reported compared to last year’s 524.

Overall violent crime in the Bay Area has gone up by 6.5 per cent.