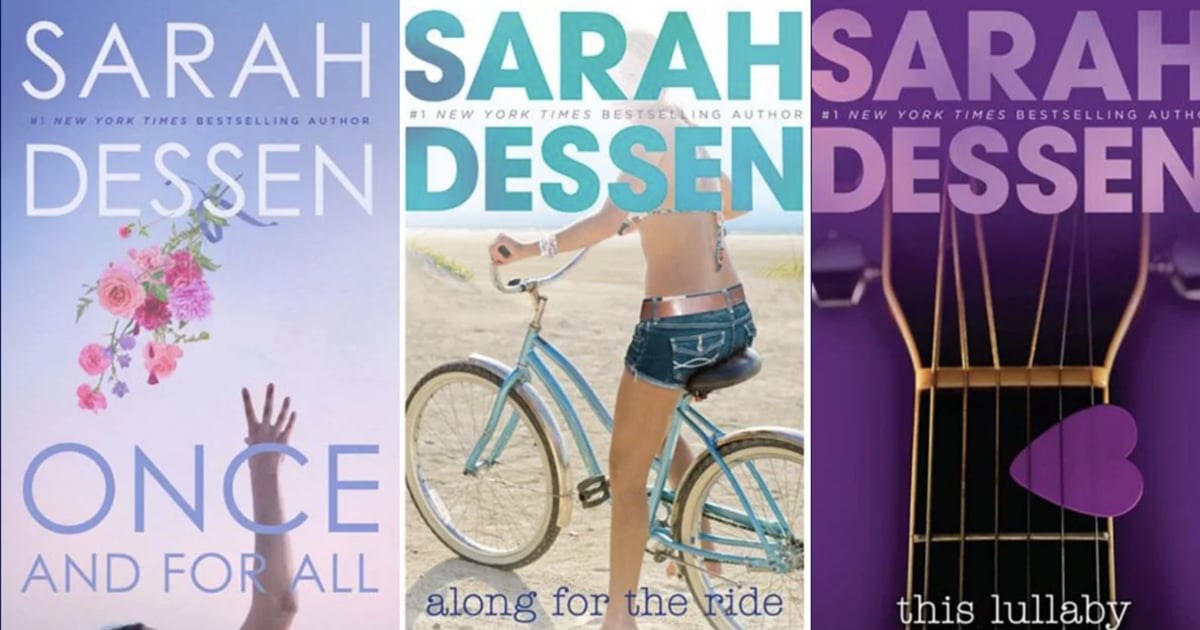 If you fell head over heels for Netflix’s sweet adaptation of Jenny Han’s young-adult novel “To All the Boys I’ve Loved Before,” then you should brace yourself for this exciting news: three of bestselling author Sarah Dessen’s novels are also being turned into film adaptations by the streamer!

In 2019, The Hollywood Reporter announced that Netflix has chosen to adapt “This Lullaby,” “Once and For All,” and “Along For the Ride,” which will be the first of the bunch to become a movie. The news follows the success of other YA book-to-movie adaptations, like “Dumplin’,” “The Kissing Booth,” and “To All the Boys I’ve Loved Before,” so it makes total sense that Netflix would expand its roster of upcoming YA-focused films.

Netflix has yet to provide updates on the adaptations of “This Lullaby” and “Once and For All,” but the streamer’s “Along For the Ride” movie — which stars Emma Pasarow and Belmont Cameli — premieres on Netflix on April 22. While the platform gears up for its other releases, keep reading ahead to learn more about Dessen’s novels.

What Is “Along For the Ride” About?

2009’s “Along For the Ride” follows a young girl named Auden who has to spend the summer in a tiny beach town with her dad after he gets divorced from her mother. The abrupt life change gives Auden a killer case of insomnia, but fortunately, biking around town at night leads her to cross paths with fellow insomniac Eli (*cue swooning*).

What Is “This Lullaby” About?

“This Lullaby,” which released in 2002, tells the story of 18-year-old Remy — who is raised by her serial monogamist mother who’s had five husbands. The teen dismantles the traditional archetype for women characters as she doesn’t believe in love or long-term commitment. She thinks she has it all figured out — until she meets rock musician Dexter. From there, her superficial rules don’t seem to matter much when she finds herself in a whirlwind romance.

What Is “Once and For All” About?

“Once and For All,” published in 2017, is set in the world of wedding planning with protagonist Louna getting a summer job to help her mom out. Her task: help brides plan out their special day. Louna’s not the type to believe in fairytale romances, especially after her first love came to a tragic end. But that all changes when girl-magnet Ambrose sets his sights on Louna as the only one his heart desires.