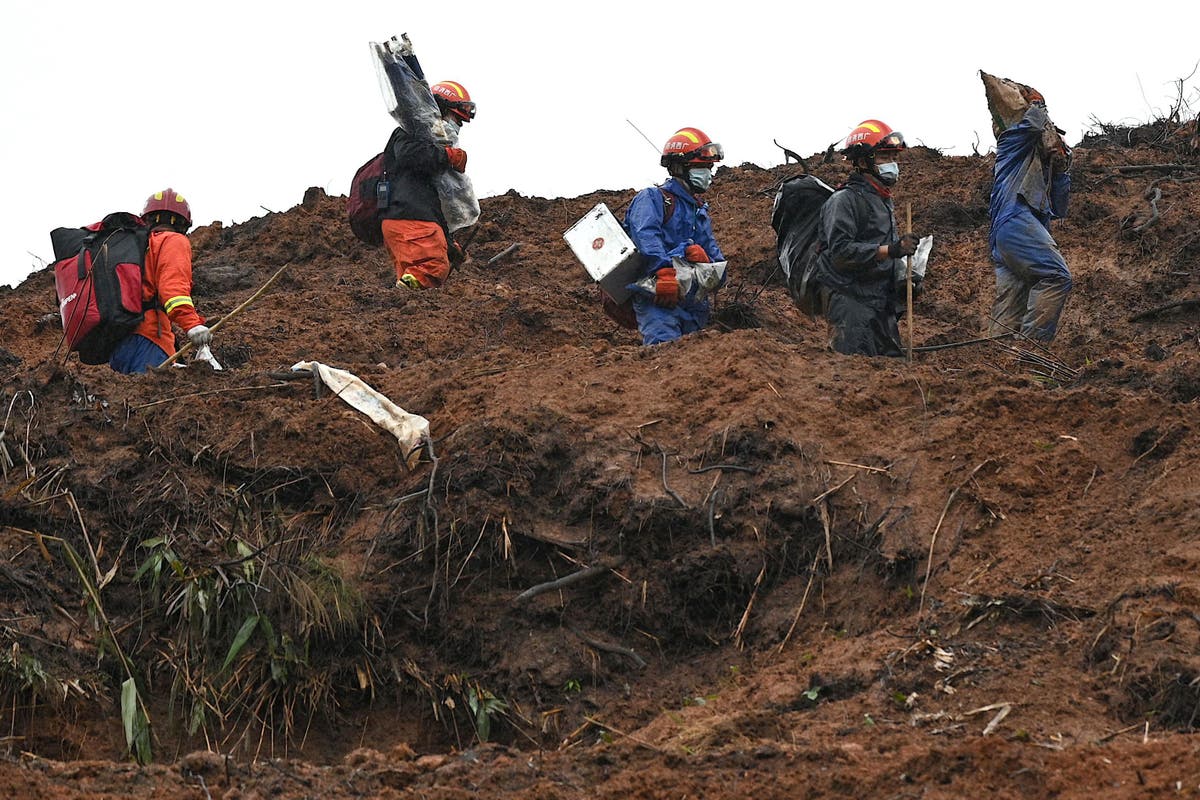 Search teams are looking for a second black box from a China Eastern Airlines passenger plane that had suddenly nosedived and crashed into the forested hills in China’s southern Guangxi province on Monday.

Authorities are looking for the crucial aircraft device to decode how the aviation disaster, the country’s worst in a decade, took place.

At least 183 pieces of the damaged plane, including engine parts and cockpit items, have been found by search teams at the site of the crash, officials said. They also found 21 objects belonging to the victims and human remains.

Wallets, identity and bank cards belonging to some of the passengers have also been located.

On the third day of the search, hundreds of volunteers wearing rubber boots and rain gear were seen sifting through the rubble from the crash.

Some of the workers were seen trying to dismantle an aircraft wing that had a red and blue China Eastern logo emblazoned on it.

More than 300 workers have been deployed in the search operation, said Huang Shangwu, deputy chief in the Guangxi fire and rescue department.

According to the investigators, one of the black boxes, the cockpit voice recorder, was found with its outer cover massively damaged on Wednesday.

If the black box’s internal memory unit has been damaged, it may take longer to decode, said Zhu Tao, director of the aviation safety office of the Civil Aviation Authority of China.

The search operation has not been smooth all along, officials said, as light rain in the mountainous region was delaying the hunt for clues to ascertain what caused the plane to come down almost 90 degrees before it crashed.

Teams are using pumps to drain water collecting in a pond at the crash site amid light rain.

“The water pumping yesterday greatly contributed to the finding of the black box,” Mr Huang said.

So far, local investigators have deployed hand tools, metal detectors, drones and sniffer dogs to sift through the forested region on the slopes.

Black boxes record audio alerts, all the conversations between the pilot and the command centre, announcements from the cockpit and the events leading up to any particular mishap.

The Boeing 737-800 jet, carrying 132 passengers, was cruising at 29,000 feet before it stopped responding to multiple calls from Chinese air traffic controllers and plummeted.

No survivors from the crash have been reported, with all those on board the flight feared died.