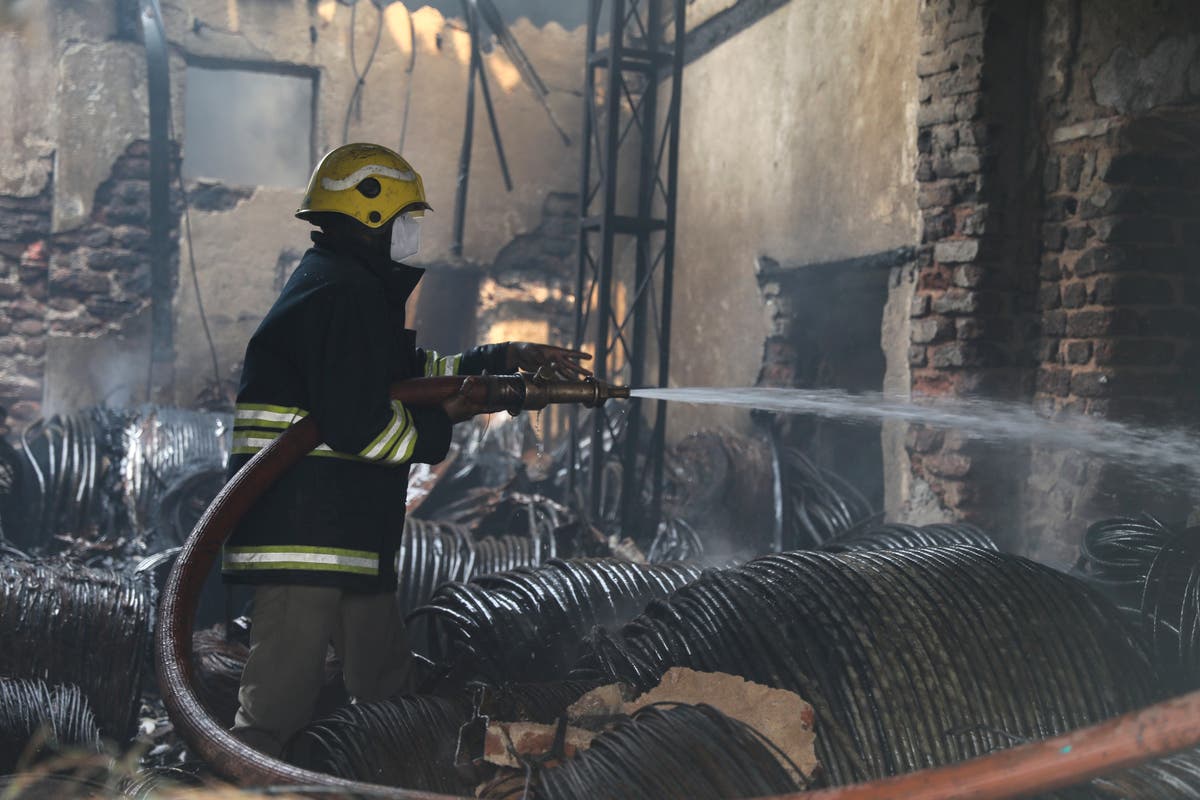 At least 11 persons died and four others sustained injuries after a fire broke out at a scrap warehouse in India’s southern state of Telangana on Wednesday.

According to the police, 13 labourers were sleeping on the floor of the warehouse in Secunderabad city when the fire erupted due to a short-circuit during the early hours of the day.

The body of the labourers, who were from the eastern state of Bihar and had travelled nearly 1,300km for employment, were burnt beyond recognition.

“We know the names and their ages, but the bodies are beyond recognition. Their families may need to do DNA testing to identify them,” Hyderabad district fire officer M Srinivas Reddy told Indian Express.

While two men managed to escape by jumping out of the room, others were charred to death in the blaze. The workers tried to escape but fell unconscious after inhaling the smoke, officials said.

The shed where scrap materials such as cables, iron pieces and wood were stored caught fire from the short-circuit. The building had only one narrow spiral staircase, which made it difficult for the workers to escape amid think smokes.

“Since they did not know how to get out, they holed up at a corner and were charred to death,” Mr Reddy added. The warehouse, located in a two-storey building, was reportedly operating without permission from authorities.

Telangana’s chief minister K Chandrashekar Rao offered condolences and announced a compensation of Rs 500,000 (£4,963) each to the families of the deceased men. Mr Rao has directed chief secretary of the state Somesh Kumar to make arrangements for the repatriation of the mortal remains.

Prime Minister Narendra Modi in a tweet said he is “pained by the loss of lives” and announced a compensation of Rs 200,000 each to the family members of the migrant workers. “My thoughts are with the bereaved families in this hour of grief,” he added.

The local police have registered a case against the warehouse owner, who has been admitted to a hospital.