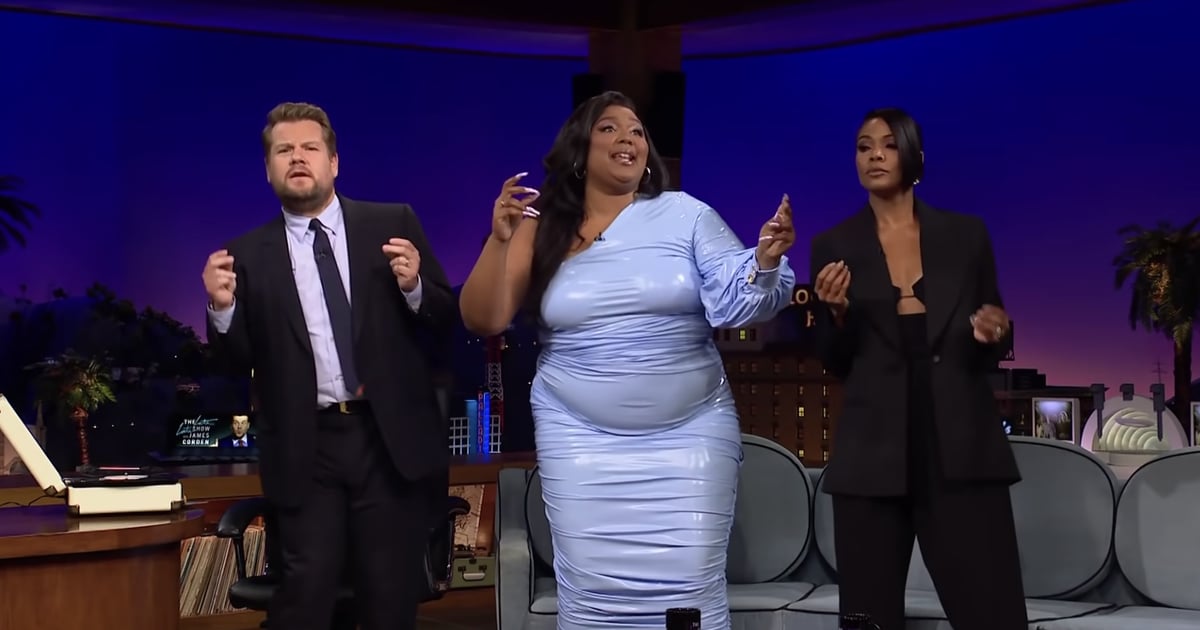 It’s about damn time Lizzo gave us new music! On Monday night, the three-time Grammy-winning artist appeared on “The Late Late Show With James Corden,” where she graciously teased a snippet of her new single and confirmed that her fourth studio album is done. Next, Corden pulled out a surprise vinyl that read, “Top Secret Lizzo New Music 2022.” For less than a minute, fans were treated to Lizzo’s new disco-inspired track titled “About Damn Time.”

“Turn up the music / Turn down the lights / I’ve got a feeling I’m gonna be alright / OK, alright / It’s about damn time,” she sings in the chorus. Even fellow guest Gabrielle Union got out of her seat and started dancing along to the infectious tune. Before covering BTS’s “Butter” during a musical segment, Lizzo confirmed that “About Damn Time” will drop on April 14, which means the countdown is officially on! Watch the full clip above.

In case you missed it, the superstar’s new reality dance competition series, “Watch Out For the Big Grrrls,” is set to premiere on Prime Video on March 25. Next month, Lizzo will pull double duty as host and musical guest during “Saturday Night Live” on April 16. She made her “SNL” debut three years ago, lighting up the stage with performances of “Truth Hurts” and “Good as Hell.”