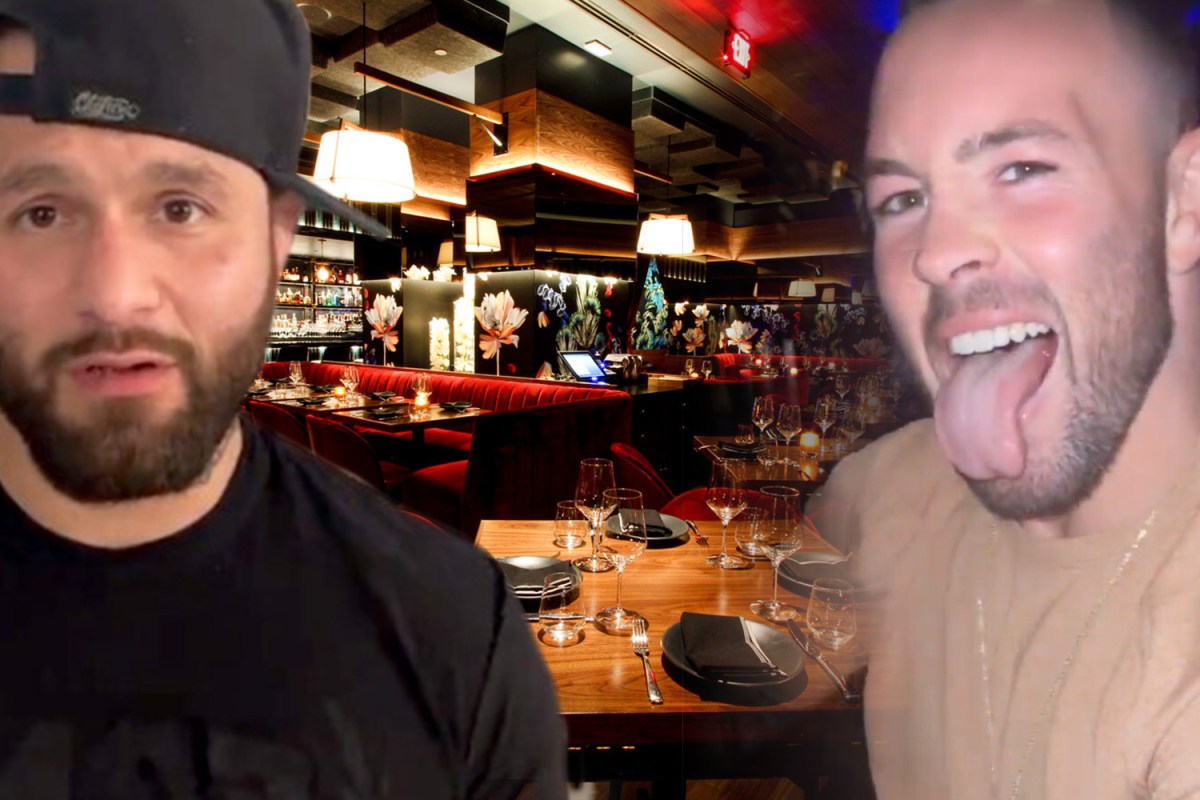 JORGE MASVIDAL has been charged with felony battery after his alleged braw with bitter UFC rival Colby Covington in a Miami steakhouse.

The Miami brawl comes less than three weeks after their grudge match.

The former best friends turned rivals clashed in the main event of UFC 272 in Las Vegas after a four-year feud.

Covington came out of the Battle of Miami victorious, dominating Masvidal with his wrestling for five straight rounds to earn a unanimous decision victory.

But round six kicked off at the Papi Steak restaurant on Monday night in the bustling Miami Beach district.

According to TMZ, the incident took place after former interim welterweight champion Covington had dinner with YouTube stars The Nelk Boys.

Fan favourite Masvidal reportedly “attacked” Covington outside as his old pal was leaving the restaurant.

Police were called and quickly surrounded Covington after the altercation.

And ESPN are reporting that Masvidal was charged with felony battery in connection with the altercation.

In a clip obtained by TMZ, Covington said: “He’s over here swinging, trying to come at me, and I ran.”

The controversial welterweight then asked Nelk Boy Bob Menery: “How would [he] know I’m here?”

Menery replied: “I don’t know. You’re all over the internet.”

Masvidal, 37, could’ve got wind of Covington’s location from Menery’s Instagram story of Covington at the restuarant.

The UFC’s BMF Champion trolled Covington later in evening in a brief video on his social media platforms.

Shortly after losing their grudge match earlier this month, Masvidal warned Covington he’d do everything in his power “to break his f***ing jaw”.

In the UFC 272 post-fight press conference, he said: “It just sucks because this idiot talked about my kids.

“He’s still somebody, if I see him out in the streets, I’m going to give him everything I’ve got to break his f***ing jaw.

“To lose to a b***h like that, obviously no one wants to lose to a coward like that. It just sucks, man.”

The Papi Steak house where Covington and Masvidal came to blows is a top-of-the line restaurant that is often filled with A-list celebrities.

The likes of Drake – who bet $275,000 on Masvidal to beat his former room-mate – Fat Joe, French Montana and UFC megastar Conor McGregor have all dined at the plush venue.

The restaurant isn’t one for those on a budget, with an 8oz fillet mignon costing $48.

The Beef case is a raw 55-oz Wagyu tomahawk that is brought to the diner’s table in a rhinestone-studded briefcase.