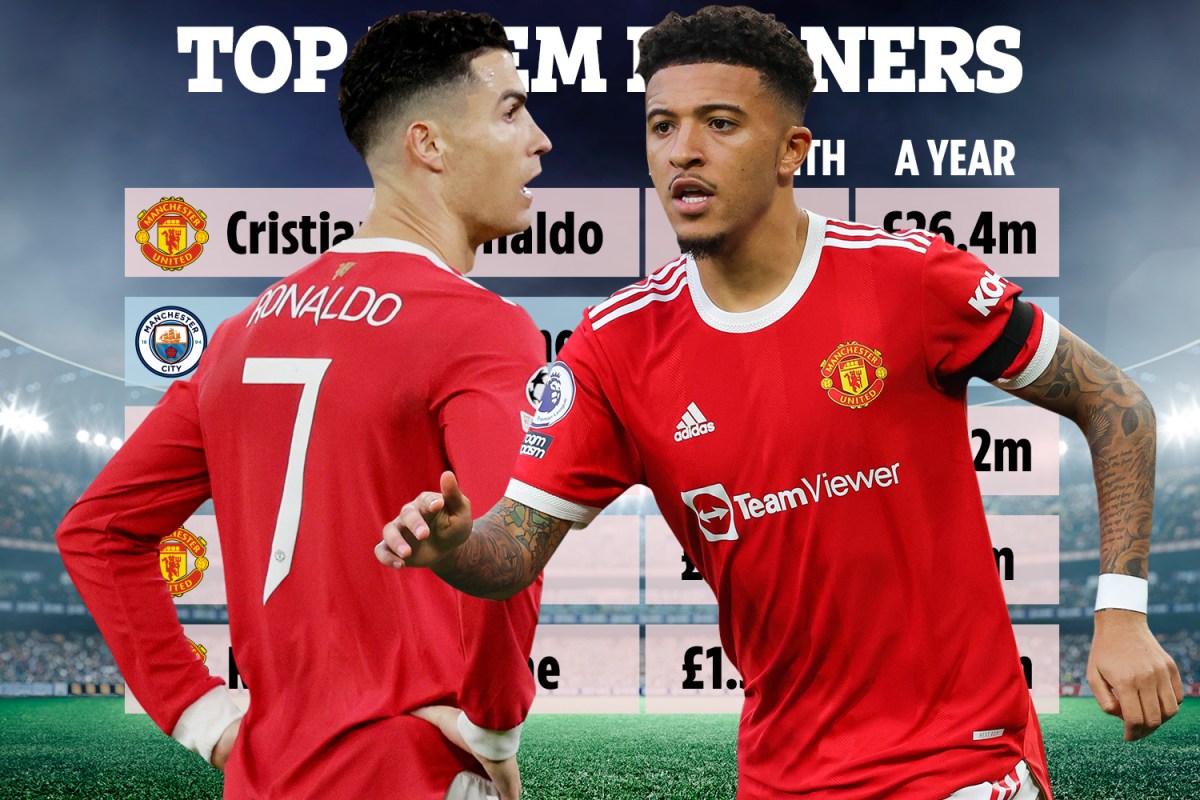 MANCHESTER UNITED boast four of the top five earners in the Premier League, according to a study.

The Red Devils may be struggling off the pitch but their financial power is still strong.

Research from respected French publication L’Equipe shows that they dominate the list of highest-paid players.

The French newspaper released their list of the top five earners in the Premier League on Tuesday.

And four of them currently ply their trade at Old Trafford.

Cristiano Ronaldo takes home £2.2million a month – or £26.4m per year – making him the best-paid player in England.

That figure is still someway off the £3.4million that his rival Lionel Messi earns at Paris Saint-Germain every month.

Man City playmaker Kevin de Bruyne is the second highest earner with a wage of £1.7m per month (£20.4m a year).

And summer signing Jadon Sancho is just behind on £1.5m per month (£18m a year).

Manchester United were knocked out of the Champions League by Atletico Madrid earlier this month.

Ralf Rangnick’s men also face an uphill battle to finish in the top four of the Premier League and secure Champions League football.

United will go five seasons without a trophy at the end of this campaign.

They were recently slammed by ex-Red Devils right back Gary Neville for being ‘tone deaf’.

Neville was critical after seeing players and staff on a ‘global tour’ despite the club’s poor form.