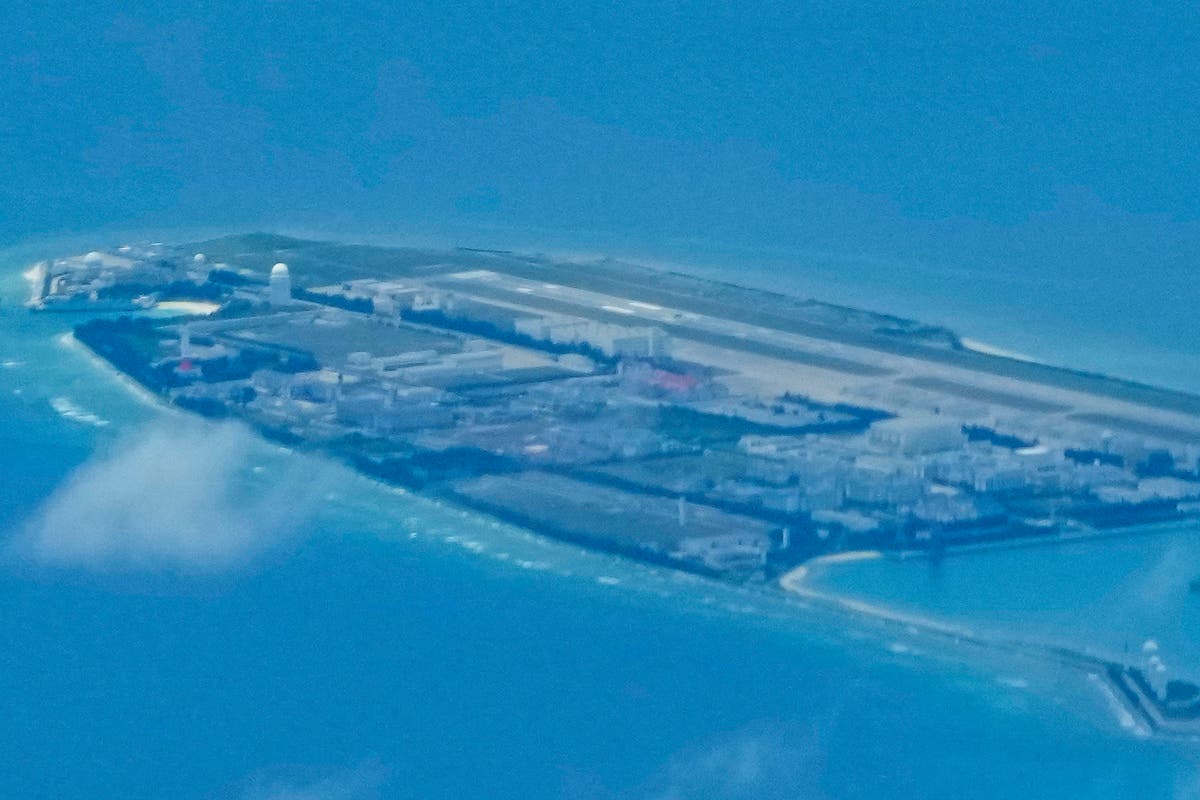 China has fully militarised three of its artificial islands in the disputed South China Sea, in efforts to further “flex its military muscles,” a top US military commander said.

Beijing has armed at least three of its many islands with anti-ship and anti-aircraft missile systems, laser and jamming equipment and fighter jets, John C Aquilino, US Indo-Pacific commander admiral, told the Associated Press.

“I think over the past 20 years we’ve witnessed the largest military buildup since World War II by the PRC,” Mr Aquilino said, referring to China by its formal name, the People’s Republic of China. “They have advanced all their capabilities and that buildup of weaponisation is destabilising to the region.”

He said the build-up was in stark contrast to Chinese president Xi Jinping’s past assurances that it would not transform these islands into military bases.

China began creating these artificial islands on top of rocks or reefs in the contested South China Sea years ago, grabbing the attention of world powers over its expansion.

Beijing maintains its military expansion on the waters is defensive, arranged to protect what it says are its sovereign rights amid opposition from the US and Asian countries that lay claim over the waterways.

The admiral spoke onboard a US Navy P-8A Poseidon plane near the uninhabited Chinese-held outposts in the South China Sea’s Spratly archipelago, one of the most hotly contested regions in the world.

The P-8A Poseidon reconnaissance received several warnings by the Chinese military who said they illegally entered what they said was China’s territory and ordered the plane to move away.

“China has sovereignty over the Spratly islands, as well as surrounding maritime areas. Stay away immediately to avoid misjudgment,” one of the stern radio messages warned.

But the US navy plane, with two AP journalists on board, dismissed the warning and continued to patrol by radioing that they were well within international law.

“I am a sovereign immune United States naval aircraft conducting lawful military activities beyond the national airspace of any coastal state,” a US pilot radioed back to the Chinese.

The P-8A Poseidon flew as low as 15,000 feet (4,500 meters) to Chinese-controlled areas and witnessed what he called small cities, with multi-story buildings, warehouses, hangars,  seaports, runways and radars.

Mr Aquilino said that the function of these islands was to expand “the offensive capability of the PRC beyond their continental shores”.

He said the military and civilian plane flying over the disputed waterway could easily be detected by the Chinese islands’ missile system.

“So that’s the threat that exists, that’s why it’s so concerning for the militarisation of these islands,” he said. “They threaten all nations who operate in the vicinity and all the international sea and airspace.”

The country claims the entire area of the “nine-dash line” that stretches hundreds of miles south of China and includes the Scarborough Shoal and the Spratly Islands.

The sea, which is becoming a flashpoint between China and other countries including the US, is a strategic route to ship approximately $5 trillion in goods every year and is believed to have reserves of natural resources around them.

Beijing is yet to comment on the claims by the US admiral.