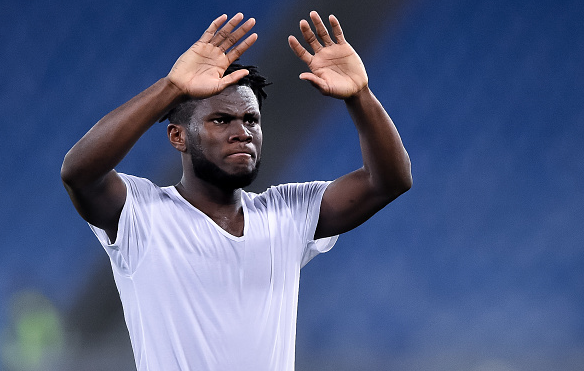 With the days going by and Franck Kessie still not renewing his contract with Milan, it’s widely expected that the Ivory Coast international will leave on a free in the summer.

There have been a number of clubs said to be after him for some time now, with Liverpool chief among them, regularly returning in column inches as suitors for the midfielder.

Tottenham were said to be there too, but they aren’t mentioned in today’s edition of La Repubblica, who, relayed by Milan News, claim five clubs are ‘ready to move’ for him, among which we can now find Newcastle United.

With Eddie Howe’s side now five games unbeaten in the Premier League, the Magpies are out of the relegation zone and have created a nice four point gap over Norwich City.

That could be reduced to one if Burnley win their games in hand, but the fact remains that Newcastle are, should things continue this way, on their way to avoiding relegation back to the Championship.

This, plus their vasts sums of money, would make them a far more attractive destination in the summer than they were in January, which is why it makes sense for them to be interested in Kessie.

He wants to be paid, with Milan failing to meet his demands, and he would be one of the stars of a big rebuild, teaming up with Bruno Guimaraes in the process.

As for a move to Liverpool, that would certainly be more enticing on a sporting level, what with the Reds very likely to be in the Champions League next year, as well.

Add to that the possibility of working with Jürgen Klopp, and there’s a chance they could have stronger arguments than Newcastle, money aside.

Something to keep in mind, at least.