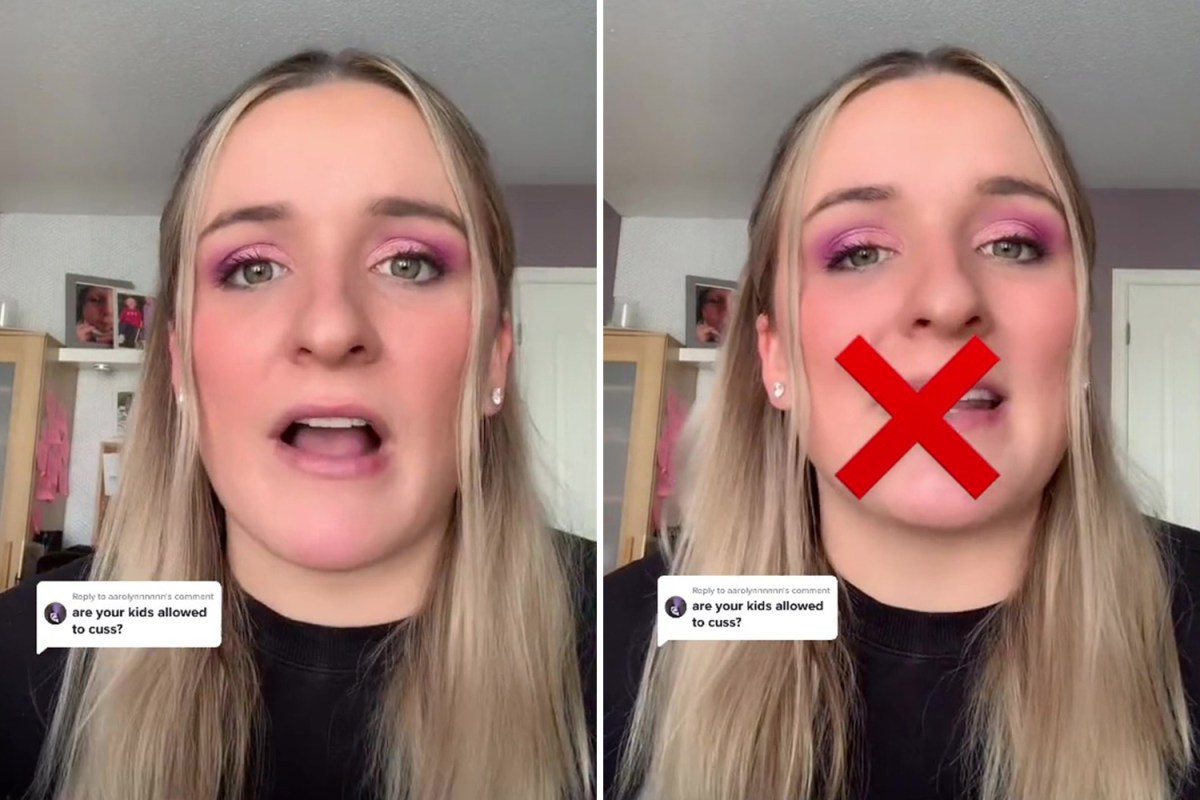 THEY’RE allowed to drop F-bombs “in context” and can even swear if they feel like “s**t”, but there’s one word this mum has banned in her home entirely.

“If my daughter stubs her toe, and drops an F-bomb, I don’t care. If she yells out “F**k” in frustration when I ask her to do something then I care.

“If she tells me she feels like s**t on a day that she’s really sick, I don’t care.

“If she tells me the meal I just cooked for her tastes like s**t then I care.”

Likewise, if her daughter told her that the coronavirus was “stupid”, she wouldn’t care – but if she used the same word to describe her sister, there would be consequences.

“It’s very contextual, it’s very subjective and I kind of play it by ear,” she explained.

But there’s one phrase that Emily won’t tolerate being used in her house.

“There’s only one phrase that we treat as a cuss word with no room for context, no wiggle room at all, and that’s the phrase ‘I told you so’,” she said.

“Always a cuss word in this house.”

In the comments section on the video, one person asked whether or not “slurs are treated as off limits”.

To which Emily replied: “100% so out of the question, that I didn’t even consider it here. But yes absolutely.”

Others praised Emily for her tolerance of swearing in certain situations, with one writing: “Yes! It’s not the word choice it’s the intent to hurt someone.”

“We phrase it as our #1 rule is do no harm. That includes our words,” another added.

“We are the same way,” a third person wrote. “We give them a chance to learn & respect where/when it can/can’t be used.

“Never once had an issue with misuse at school etc.”

In other parenting news, this mum has a great hack for calling her kids down to dinner.

This tot is only weeks old but already has a host of rings and even a golden dummy.

This woman has picked the perfect baby name, but people say it sounds like a dried fruit.