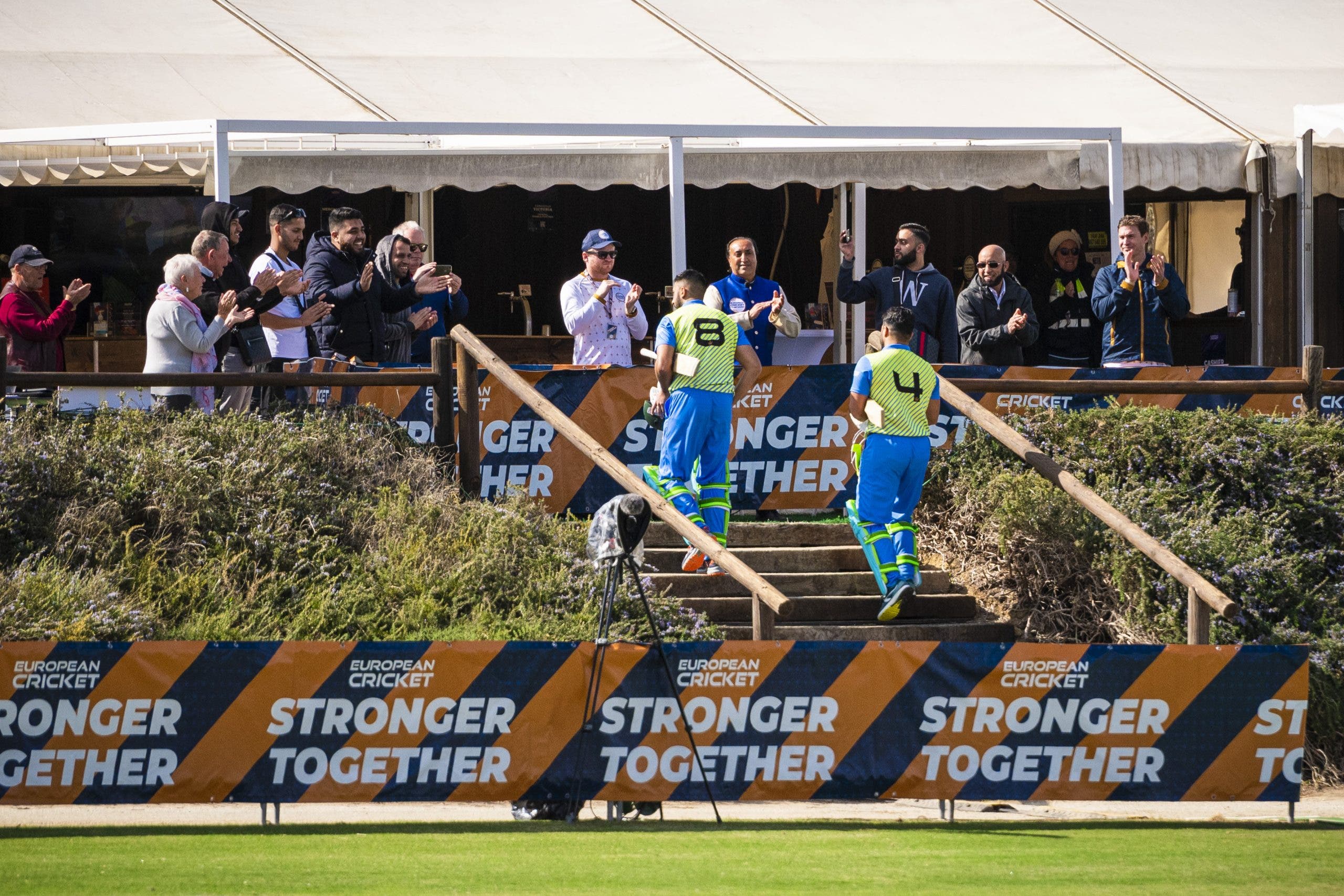 On friday the final games of what has been an enthralling week of cricket were played in group A of the European Cricket League.

In the second playoff on Friday, Tunbridge Wells beat the Austrian Cricket Tigers by 28 runs, thanks to Alex Williams’ classy 58 runs from 25 balls.

In the third eliminator, French outfit Dreux beat Svanholm, who were unable to match the 101 runs they needed.

This set up a tense final between the French and English teams.

It was Tunbridge Wells who came out on top by seven wickets, with the middle orders proving their worth as Viraj Bhatia and Dave Smith both scored 28, giving Tunbridge a solid 128 runs.

Despite their best efforts, Dreux were unable to mount a response, with their top five batters all falling for single figures.

That meant Tunbridge Wells, who surely have to be considered among the favourites to for the tournament, won Group A.

Group B matches got underway today.

In the first game of the group, Guernsey side Griffins breezed past Northern Irish team Brigade having scored 129 runs.

Brigade could only manage 76 runs off ten overs.

Norwegian side Bjorvika were beaten by the British Royal Tigers by 36 runs, with both teams bowled out.