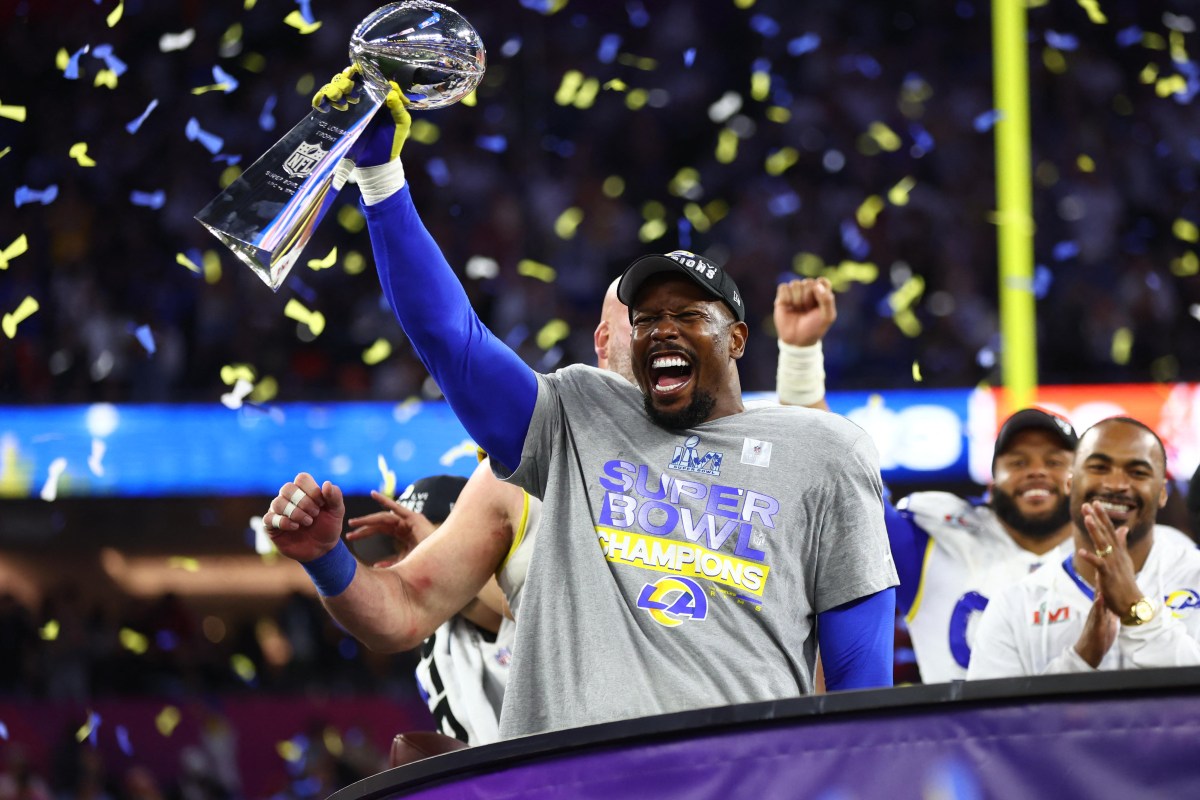 The quarterback took his side down the field before finding Cooper Kupp for a decisive touchdown in a 23-20 win at SoFi Stadium.

Stafford finished with three touchdowns as he delivered success for owner Stan Kroenke in his $5.5billion palace.

The Rams were behind for all of the second half before an epic 15-play, 79-yard drive in the fourth quarter swung it in their favour.

They got off to a great start when Cincinnati went for it on 4th down in a gutsy call from coach Zac Taylor but it backfired in his face.

He hit Odell Beckham with an exquisite 17-yard pass into the corner of the end zone, and repeated it in the second quarter with an 11-yard score to Cooper Kupp.

Cincinnati’s only joy early on was when Burrow found Chase for a 46-yard gain after he escaped the attention of Jalen Ramsey but the drive resulted in just a field goal.

It took a huge drive in the second quarter to click the Cincinnati offense into gear before a trick play sent Bengals fans into raptures.

Burrow tossed right to Mixon, and the running back rounded off a 12-play, 75-yard drive that took more than seven minutes by finding Tee Higgins in the corner of the end zone.

The whole of SoFi Stadium then gasped as Beckham hit the deck with a non-contact injury.

The wide receiver was helped from the field while clutching his left knee and never returned.

The Rams were left stunned at the start of the second half as Burrow hit Higgins for a 75-yard touchdown on the very first play.

Wide receiver Higgins fought off Ramsey and walked into the end zone for a score that almost took the roof off Kroenke’s stadium.

The sides traded field goals and went into the fourth quarter with the Bengals holding a 20-16 lead.

Both defenses took over in the second half with Burrow sacked eight times in total.

But Stafford and the Rams had one good drive left in them – and it was enough to seal Super Bowl glory.

The quarterback found offensive player of the year Kupp with a one-yard pass in the corner of the end zone with 1:25 to play.

Defensive machine Aaron Donald had the last laugh by sacking Burrow on fourth down with 39 seconds to play.